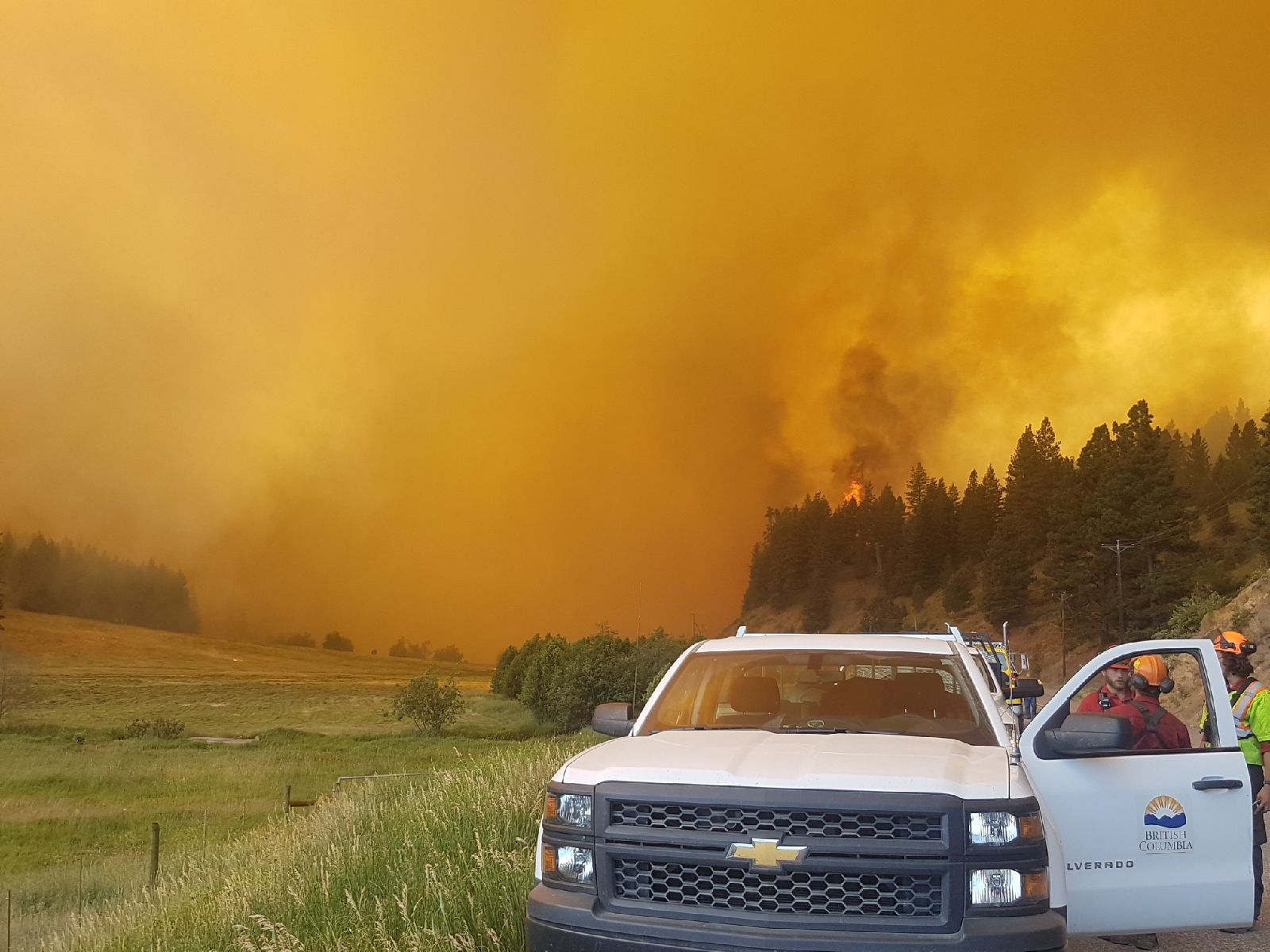 With COVID-19 restrictions limiting people’s movement and behaviour, the normally large impact of human activity on wildfires in British Columbia is a wild card this year, say federal and provincial analysts.

Human activity — anything from careless campers dropping cigarettes to industrial accidents, sparks flying from trains, or car crashes — is responsible for about slightly more than half of all wildfires nationwide, and about 40 per cent in B.C.

On Monday, the provincial government concluded that the hugely destructive 2017 Elephant Hill wildfire was caused by a type of human activity — specifically, "smoking materials," which includes cigarettes, matches, cigars and pipes.

But this year the impact may be harder to measure, said Northern Forestry Centre fire research analyst Richard Carr.

B.C. has banned most “open burning” activity across the province as of April 16, including industrial and backyard burns, slash burns, fireworks and sky lanterns.

The government said it did this both to lower demands on firefighting resources, and to reduce the impact that wildfire smoke has on air quality during the coronavirus pandemic.

The province also closed all provincial parks, and banned camping and the use of off-road vehicles in the Koocanusa Recreation Strategy Area near Cranbrook.

Carr said he expected the changes to typical human activity to influence the department’s seasonal wildfire forecast, released May 1, which showed that almost all of B.C. is expected to be at “well above average” severity for wildfires in June, due to warmer temperatures and less precipitation.

“With COVID-19, most provinces are restricting open burning and recreational vehicle use in the forest. So that might affect the number of human-caused fires,” Carr said.

With COVID-19 restrictions limiting people’s movement and behaviour, the normally large impact of human activity on wildfires in British Columbia is a wild card this year, say federal and provincial analysts.

The federal forecast shows that roughly half the province will fall to “above average” risk levels for July, but return to the most severe level in August. Southern B.C. is predicted to remain at the most severe risk through September.

B.C. is already experiencing its wildfire season, with more than 100 fires having occurred so far, according to the B.C. Wildfire Service. As of Tuesday afternoon, there were six active fires.

This early fire activity has been partly due to a high pressure area in the eastern Pacific blocking moisture from entering the province for several weeks in April, leading to drier than normal conditions, Carr said.

The province experienced its longest dry streak in decades early last month, but this weather pattern then flipped, bringing rain to B.C. in spectacular fashion later in April.

She said the service was “actually anticipating an increase in relative humidity,” which is visible in terms of green grass and budding fruits and flowers, she said.

Those are “positive signs of not-too-dry fuel,” said Berg, meaning the forest would have greater resilience against fires.

Other than human activity, another factor leading to wildfires is lightning, which is the predominant cause of fires in northern B.C. and the country’s northwest, according to Carr.

Berg said typically 60 per cent of fires in B.C. are lightning-caused, although last season the ratio was skewed as there were not significant lighting events.

The B.C. government released an app for Android and Apple (iOS) on Tuesday that has an option for British Columbians to get information about wildfire activity within a 50-kilometre radius of their location.

The app, called “BC Wildfire Service” also has a feature where users can report a fire using their coordinates to the provincial reporting centre, as well as a provincewide interactive wildfire map, and other useful data.

“We’re just hoping that the public can be as responsible as possible in these trying times, to keep not only our communities safe, our forests safe, but also our B.C. wildfire staff safe — those are the first responders,” Berg said.

“They don’t want to be out there if they don’t have to be.”