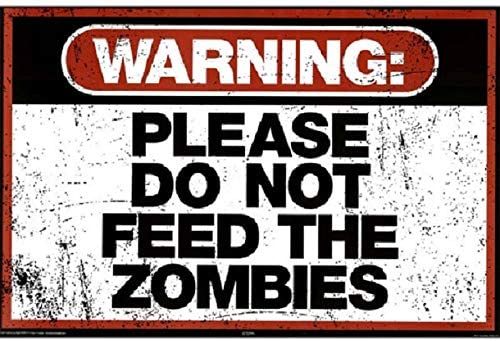 COVID-19 and the supply glut have acted as triggers, but the underlying cause of many looming bankruptcies is the increasingly unprofitable maturity of our oil and gas fields. Photo credit: Poster Art House
Previous story
Next story

Alberta Premier Jason Kenney plans to feed federal dollars to zombie oil and gas companies, as well as to the oil giants still capable of funding their own cleanup.

Recent guidelines confirm how the province plans to spend $1 billion in COVID-related federal aid for inactive wells announced April 17. Unveiled just a week later, Alberta’s Site Rehabilitation Program is an insult to taxpayers and the legal mandate that polluters pay.

If we invested that same billion in short-term loans for cleanup, instead of no-strings-attached grants, we could leverage 10 times our investment in industry spending.

It remains unclear whether terms for Ottawa’s billion-dollar transfer have been finalized,as Finance Canada recently informed Global News reporter Mike De Souza.” So perhaps it’s not too late to add a few of the missing ingredients before we put this raw deal in the oven.

COVID-19 and the supply glut have acted as triggers, but the underlying cause of many looming bankruptcies is the increasingly unprofitable maturity of our oil and gas fields. And with maturity comes retirement.

Outside the wildly profitable and mostly foreign-owned oilsands, Alberta’s crude oil and natural gas industries have not turned a profit in a decade and have no savings or profits left to fund their retirement of wells, pipelines, and facilities. Companies have spent $50 billion more than they’ve earned since 2010 and have accumulated more than $100 billion in unfunded cleanup obligations for approximately300,000 wells, about 400,000 kilometres of pipeline, and 100,000s of oil and gas facilities.

An industry worth hundreds of billions a generation ago now stumbles the earth insolvent by more than $150 billion.

With somewhere between $15 billion and $30 billion in oilpatch aid about to be thrown around, landowners had hoped for some help recovering the tens of millions in unpaid compensation the oilpatch owes them for carrying out energy development on their land, often without the owner’s consent.

What landowners got instead is an online check-off box noting they have a problem with a well, but it’s still the industry that has the last say on when or if anything ever gets cleaned up.

Some landowners currently paid by the province might get paid by the feds instead, but elected officials have failed to leverage our $1 billion to create any other meaningful reform in aid of citizens, municipalities, and First Nations on the front lines.

Rural municipalities have been suffering crisis-level budget shortfalls for years already, as zombie companies wage an escalating property tax strike forcing counties to cut hundreds of millions in services or raise taxes on everyone else.

Rural Alberta was hoping for some dollars to pay those industry debts, or at least reforms to stem their growth, but what they got was zilch. Under the UCP government’s program, tax- and compensation-evading exploration and production companies will face no real barriers to accessing Canadians’ $1 billion.

There is still no support for local government’s efforts against oilpatch tax evasion. And why is there no money to build Indigenous capacity to lead the coming reclamation boom and honour the United Nations Declaration on the Rights of Indigenous Peoples?

Reflecting their long-standing power and influence, Big Oil is likely to enjoy the lion’s share of Ottawa’s $1 billion, while landowners, municipalities, and First Nations beg for scraps.

Long-simmering, the crisis of unfunded oilfield cleanup is now boiling over. I know of no bigger threat to Alberta’s future. That’s why it’s so important we get this oilpatch aid right.

Oil and gas companies that can’t pay their bills are a hazard to society. For them, the consequences of bankruptcy are the same whether they’re insolvent by $150 or $150 billion. Insolvent companies with nothing left to lose, lacking the incentive to run their businesses responsibly, gamble with Albertans’ futures and federal taxpayer funds.

A strategy of looting through bankruptcy-for-profit makes sense to oilpatch executives, but if the polluter doesn’t pay as required by Alberta law, the enormous ramifications and costs will fall on taxpayers, our environment, and our health.

We’re running out of time to collect on the oilpatch’s environmental debts. Canadians’ investment could leverage 10 times the results if we used it for the interest costs of short-term cleanup loans to industry.