The global pandemic can, and should, transform everything. 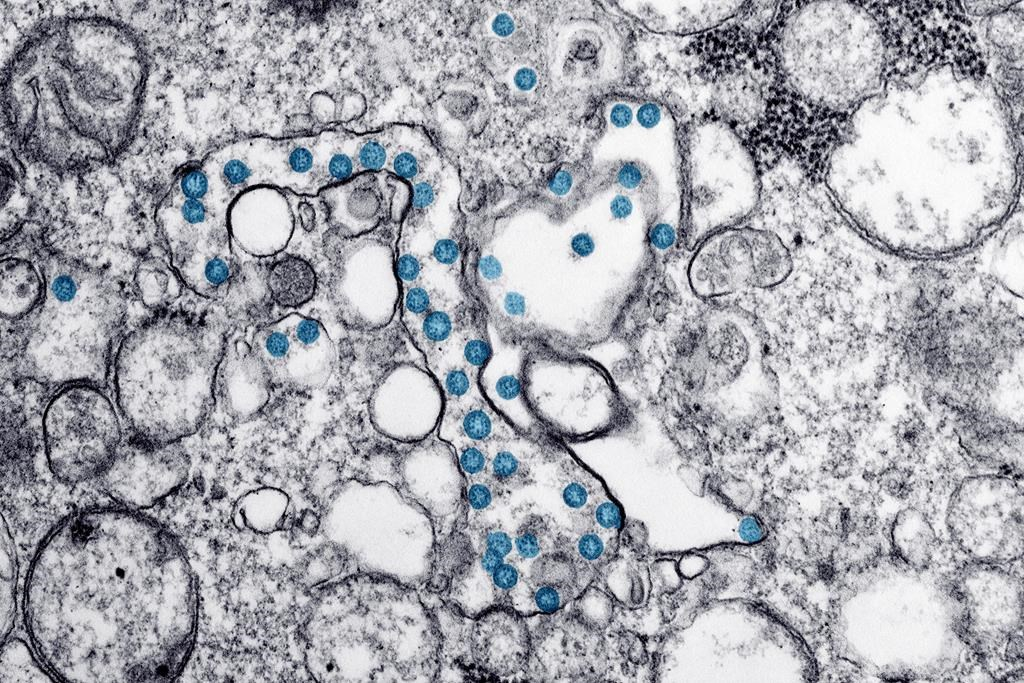 The coronavirus crisis has exposed the problems with trickle-down economics. Microscope image of coronavirus. File photo by AP.
Previous story
Next story

In Milan, the mayor says the coronavirus crisis has made it more politically feasible to transform swaths of the city into walking and cycling zones. Lithuania’s capital, Vilnius, is transforming its public square and spaces into open-air cafés and restaurants in an effort to get the hospitality industry back on its feet. Vancouver is toying with the same idea.

It’s hard to talk about “upsides” when referring to a disease that has killed more than 300,000 people worldwide. But there are, in spite of the virus’s tragic toll, many potential positive outcomes.

Many commentators, notably U.S. environmentalist Bill McKibben, have talked about how the coronavirus crisis will cast a spotlight on the importance of listening to the science. That’s a huge takeaway, for sure.

But there is arguably an even bigger takeaway — though it doesn’t get as much attention. The virus has, once again, shown concerted collective action is what makes the difference when it comes to solving complex problems, from the fight against climate change to the fight for civil rights, or gay rights.

With respect to the coronavirus crisis, countries that got a quick handle on the pandemic were the ones defined by a stronger sense of community — a feeling people could work collectively to solve complex political problems, and that government could be trusted to actually work.

Add to that sense of efficacy the faith in science, embodied most notably by Germany’s “scientist” leader Angela Merkel, and you get some of the best-case scenarios in terms of the pandemic response.

Then, look at the places where the emphasis has long been on the individual — the U.S., the U.K. and, to a lesser extent, Canada — and you get a less impressive response.

The sense people can work together to solve complex issues is one of the biggest determinants of how we respond to fear and danger. But for the past four decades, a growing cult of individuality has been one of the defining features of countries like the U.S. It’s survival of the fittest, with the least amount of government intervention possible.

If the rich got richer, their wealth would simply trickle down to the rest of us, or so the thinking went. The coronavirus crisis has exposed, once and for all, the “bankruptcy” of the idea of ‘trickle-down’ economics.

And so, the coronavirus crisis boils down to a crisis of justice, and of inequality. Among other things, it’s exposed the chronic underfunding of public health, the poor cousin of the medical system.

But it has also exposed the various class inequalities in our society. It’s the meat cutters, home-care workers, grocery-store workers and communities of colour largely bearing the brunt of this crisis. Then there is the tragedy at long-term-care homes — COVID-19 has exposed how we treat our seniors, too.

"In an era of individualism, COVID-19 has made us realize how badly we depend on in real life social interaction, within our communities, and with family, friends and fellow citizens."

There are obvious moral considerations for addressing such gross inequalities. But there are other reasons for acting, too; for the first time, we’re also taking stock that there are serious economic costs to continuing with the status quo.

Industrial development pulled millions out of poverty, but it also poisoned the air, land and water, costs the world is only now taking stock of. Neoliberalism made a few people very rich, but it left most everyone else in neutral mode, if one considers being burdened by huge levels of household debt “neutral.” Transnational capitalism meant you could buy a good TV for less than $500 at the local big-box store, but it also often meant turning a blind eye to good governance (including human rights, rule of law, environmental rights) in the developing world.

So, when international bankers like Mark Carney talk about the starting point of industrial capitalism in the 21st century being the protection of the natural world, it’s presumably not just out of moral considerations that they’re saying that. The chickens have come home to roost — failing to confront our assumptions about how the world works comes with a huge price tag attached.

Yes, we’re all socialists now, as evidenced by the Republicans’ embrace of a universal basic income in the U.S. But the new post-COVID-19 world isn’t one that’s going to all of a sudden result in the collapse of capitalism — nor should it. Instead, it’s hoped (though nobody really knows) the virus will herald a new era where everyone at least recognizes there is the need for a fairer, slower, more humane way forward — a world where capitalism begins from the starting point of protecting the planet, not from enriching the select few.

Already, change is happening. More and more news stories are looking at what’s working, and who is leading the way. It’s happening in Milan, Vilnius, Vancouver. And it’s happening in politics. The Canadian government recently announced a plan to clean up abandoned oil wells in Alberta. The plan will put people back to work, and help clean up the environment. Could a program for building retrofits be next?

In an era of individualism, COVID-19 has made us realize how badly we depend on in real life social interaction, within our communities, and with family, friends and fellow citizens.

With any luck, the global pandemic will also drive home the idea that we need that spirit of collective action when it comes to education, economic development and politics, too. COVID-19 is forcing people and governments to challenge status quos. Hopefully, the reckoning will lead to a greener planet, a more equal society and thus a safer world.

By Mazdak Gharibnavaz | Opinion | May 11th 2020
Coronavirus in Canada

COVID-19 has forced us to address who we are

By Warren Bell | Opinion | May 7th 2020
Coronavirus in Canada

How many lives will the coronavirus save?

By Ian Lipton | Opinion | May 6th 2020
Coronavirus in Canada

If the author of this article

If the author of this article thinks the Republicans (and the Cons in CA) want Universal Income to end inequality in America (Canada), then I'll nominate him for the Belle Epoch award. They want a massive outlay of public dollars to the private sector so corporations don't have to pay workers a decent wage. Although a guaranteed income is worth the wait, the cry should always be, "No Guaranteed Income until business pays a living wage" - with benefits (like 21 paid sick days).

The truth has all the makings

The truth has all the makings of the French revolution, with the 1% representing the monarchy....and once again history repeats itself.