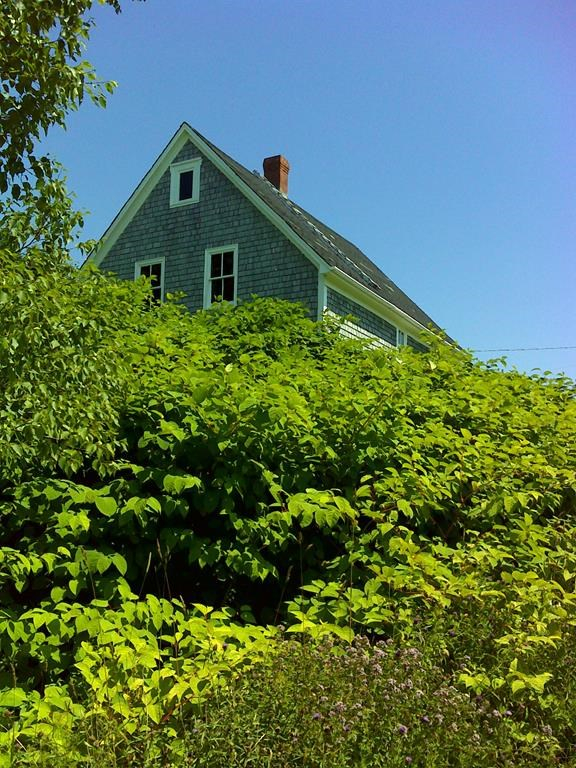 As people resume springtime recreational activities including gardening, the Nature Conservancy of Canada is urging them to help minimize the spread of invasive species.

A senior conservation biologist with the organization says people can help by reporting sightings, a simple move that contributes to early detection of species that don't belong in local habitats.

Dan Kraus says on a global scale, invasive species are the second most serious threat to natural settings and wildlife after habitat loss.

"One of our best defences against invasive species is early detection and management," Kraus said in a recent interview as Invasive Species Awareness Week began.

As examples, he said plants such as Japanese knotweed and European common reed can lower property values, while insects such as the emerald ash borer are major threats to the health of ash tree populations, especially in urban areas.

"One of the simple things is just to look in our own backyards to see if we do have some of these plants that can move into natural areas and replace some of our native flora and fauna," said Kraus.

He said there are ways people can report invasive species including through the iNaturalist phone app and by uploading photos to help scientists and government agencies identify the species and monitor their spread.

In recent years, the emerald ash borer has gained particular notoriety after ravaging ash tree populations in areas of Quebec, Ontario and Manitoba. The Canadian Food Inspection Agency confirmed the presence of the invasive, tree-destroying beetle in New Brunswick and Nova Scotia in 2018.

Paula Noel, the conservancy's New Brunswick program director, regards the ash borer as one of the top invasive threats currently in the Atlantic region.

Noel said people should be aware that they can help prevent its potential spread to provinces where it doesn't appear to have landed yet, such as Prince Edward Island and Newfoundland and Labrador.

She said one of the key ways it travels is on wood that is transported by people for use as firewood. At the very least, Noel said people shouldn't travel great distances with their wood.

"Emerald ash borer is a very tiny insect," Noel said. "The adult is about the size of a grain of rice and they can't move very far on their own. It would take many years for them to spread from one region of the province to another."

Noel said the insect is a particular concern in many cities and towns that typically have a "substantial amount" of ash trees lining streets and in parks. She said the ash borer can get into black, white and green ash species in the Maritimes.

"Where this has been spread, up to 99 per cent of ash trees can be killed in an area by this insect, so it is really a devastating infection for these trees," said Noel.

In general, Noel said there are other simple things people can do to help reduce the spread of invasive species, such as being aware of what plants they are exchanging with others for their gardens.

In addition, bikers and hikers can do their part by cleaning their boots and bike treads after moving from one area to another to help reduce the spread of invasive seeds.

Kraus said fending off invasive species is a way to counter a homogenization of biodiversity that's occurring around the world.

You may wish to reconfirm.

You may wish to reconfirm. The adult Emerald Ash Borer is considerably larger than a grain of rice, and is capable of quite substantial distances of flying by itself. https://www.inspection.gc.ca/plant-health/plant-pests-invasive-species/i... . https://www.ontario.ca/page/emerald-ash-borer