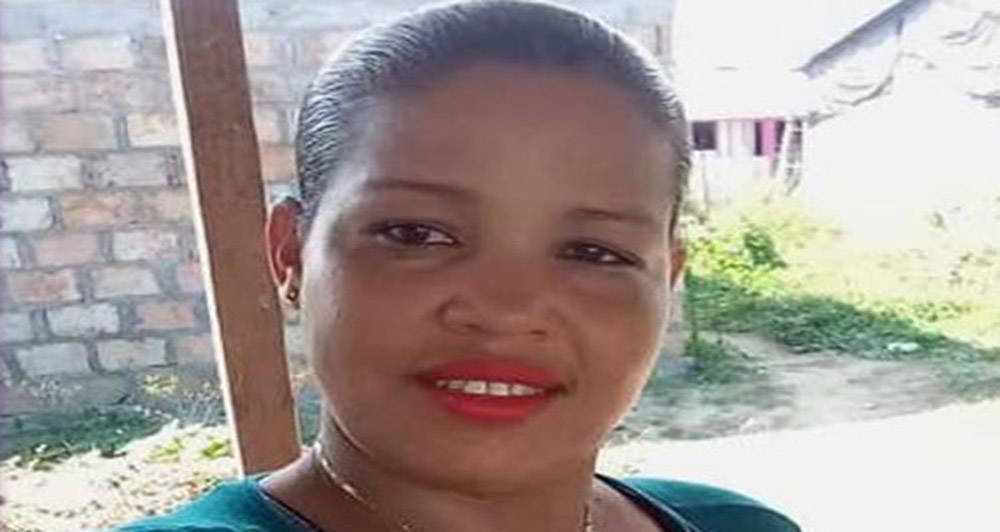 Human rights defender Carlota Isabel Salinas Pérez was murdered outside her home on the evening of March 24 in Columbia. Photo from Twitter..
Previous story
Next story

Reem Alksiri is a Syrian-born lawyer who now lives in Vienna, Austria. Like millions of other Syrians, she was forced from her home by war and the brutality of a regime that instead of protecting its citizens has bombed, imprisoned and tortured them.

Reem works to release women currently imprisoned in Syria. She also works to document and collect witness testimonies from survivors in order to prosecute and hold to account those responsible for human-rights violations perpetrated against women prisoners.

How COVID-19 is impacting women political prisoners in Syria is what preoccupies Reem now. Currently, an estimated 7,000 women have disappeared, with many presumed to be imprisoned in Syria — held in overcrowded and unhygienic prisons.

In many war-torn countries around the world, the pandemic is being used as a cover for the increased persecution of women human-rights defenders and adding to their already-heavy burden. Canada has been too slow to respond to these global threats.

“(Syria’s regime) gets to say that the prisoners died of the coronavirus — not from torture, not from the bad conditions where more than 20 people are in one cell,” Reem explained to me by telephone. “It is a form of murder to target activists — and especially women activists — by keeping them in jail.”

The women Reem seeks to free from Syria’s notorious jails are accused of “crimes” that otherwise should be called civic engagement. They are jailed simply for protesting in the streets or organizing to put to an end to human-rights abuses.

What makes these women threatening is the fact that they are women — and choose to challenge the status quo. Predictably, once in jail, they are subject to a range of sexual violence, including rape.

In Iran, authorities have released 85,000 “low-level” detainees to prevent the spread of the novel coronavirus. However, many women political prisoners — including globally respected human-rights activists Nasrin Sotoudeh and Narges Mohammadi — have been kept behind bars in crowded prisons where the coronavirus flourishes.

The conditions for women political prisoners were already poor prior to the COVID-19 pandemic, and are now deadly.

In Colombia, feminist peace activist Carlota Isabel Salinas Pérez was murdered outside her home on March 24 after collecting foodstuffs for families in need.

In Yemen, the shelling of the women’s section of the Central Prison in Taiz on April 5 left at least five women and one child dead. The women who responded to this tragedy are the same women sounding alarm bells about the lack of clean water for Yemenis to protect themselves against the coronavirus.

“(Syria’s regime) gets to say that the prisoners died of #COVID19 — not from torture, not from the bad conditions where more than 20 people are in one cell. It is a form of murder to target activists — and especially women activists."

The militarized response to the pandemic favoured by some governments — including curfews and roadblocks, street policing and surveillance — only puts more women activists at risk of repression and imprisonment. Those who seek to silence women can more easily do so under the cover of the pandemic response.

Recently, Canadian Foreign Affairs Minister François-Philippe Champagne highlighted this vulnerability and expressed concern about “excessive use of force and violations of fundamental rights and freedoms that have already occurred in some countries during the implementation of lockdowns.”

This is a good first step, but Canada must also live up to the promise of its feminist foreign policy by putting women at the centre of its global COVID-19 responses and initiatives.

Calling on countries like Iran, Syria and Yemen to release detained women human-rights defenders would send an important signal that Canada is serious about human rights — including now, during a global pandemic.

Supporting local women’s movements in conflict zones is also critically important to ensuring that women activists are protected while helping communities cope with the coronavirus and simultaneously working for peace.

Finally, Canada must keep its eyes on the bigger picture. Inexplicably, in the midst of the coronavirus pandemic, Canada lifted its moratorium on military exports to Saudi Arabia — a leading player in the protracted conflict in Yemen, the world’s worst humanitarian crisis. The war has resulted in the death and injury of thousands of civilians, and has led the population to the brink of famine.

Canada cannot be a global leader for peace while simultaneously supplying weapons of war. Indeed, Canada’s decision to keep the war machine going during a global pandemic puts those working for peace — in particular women — at greater risk.

Now is the time for Canada to show true feminist leadership — let’s start by not allowing COVID-19 to count human rights and the pursuit of peace among its list of casualties.