Chambar Restaurant's Karri Green-Schuermans on the future of eating out

By Tessa Vikander | Features, Culture | May 22nd 2020
#5 of 20 articles from the Special Report: Conversations 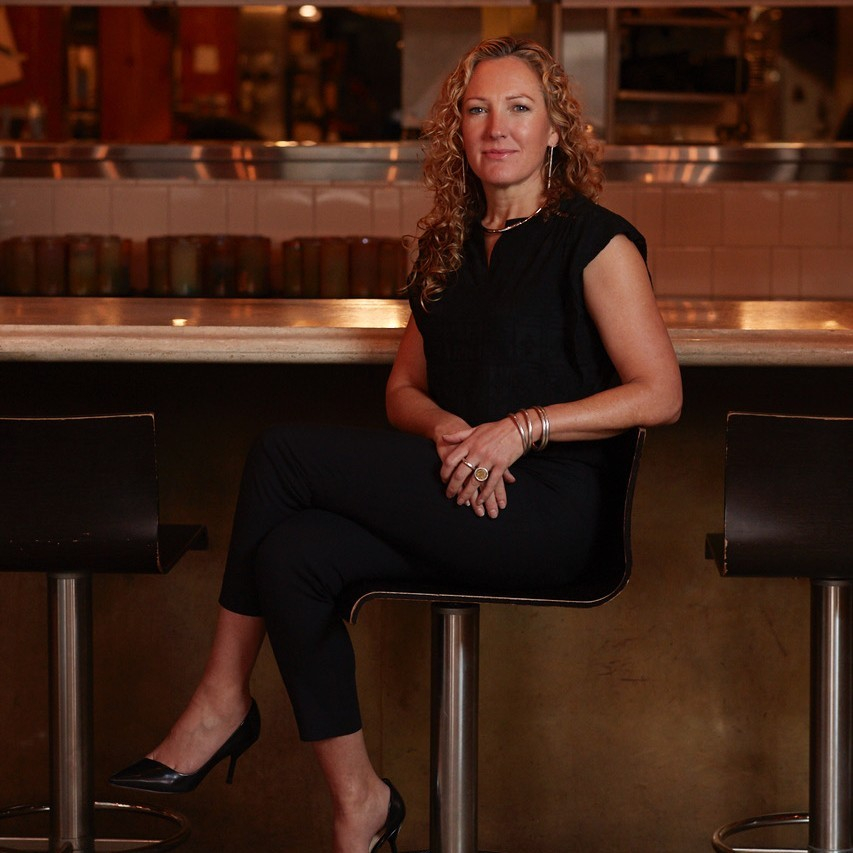 Karri Green-Schuermans is the co-owner and co-founder of Vancouver's iconic Chambar restaurant. Under normal circumstances, Chambar's boisterous and bustling, but COVID-19 has thrown its future into jeopardy.

Preparing for an uncertain future in a massive recession, leaves Green-Schuermans wondering, “Are we a good contribution? Do restaurants need to exist anymore?”

Green-Schuermans said she hopes the answer is ‘yes,’ but the decision isn’t hers to make. It’s her customers’.

The Canada-wide outlook for the future of dining out isn’t bright. Research by IPSOS forecasts that the restaurant industry will shrink by at least 26 per cent in 2020, and data from March shows a $3-billion decline for full-service and quick-service restaurants compared to March 2019.

When the provincial order to shut down restaurants came on April 16, Green-Schuermans had to lay-off nearly 150 staff, leaving seven people to keep the institution afloat.

The restaurant asked to defer its $38,000 monthly rent, and redirected the money to buying food from a local supplier who had an excess of product but was about to go under because so many catering services for events had been cancelled.

“Within a week, we turned into a commissary kitchen,” Green-Schuermans said, and her head chef began making meals to go.

Not wanting any of Chambar’s $90,000 worth of inventory to go to waste, food was directed to a coalition providing meals to people in Vancouver’s Downtown Eastside.

“The reality is: The food costs are going up and up and the margins (for restaurants) are going down and down. And is there a future for restaurants? Maybe not.” Restaurant owner Karri Green-Schuermans

Chambar, opened in 2004, has served more than a million meals. Green-Schuermans has spent the past eight weeks in the fight of her business life, and has made the remarkable achievement of staying afloat despite a 93 per cent drop in revenue.

“In a restaurant is where relationships are formed. We’re humans and we want human connection,” she said.

But even if there’s a desire to dine out, whether someone is comfortable sitting down in a restaurant is a “very personal choice,” she said.

New restaurant guidelines released by the provincial health officer on May 15 say that restaurants can only be filled to 50 per cent of their usual capacity, and that no more than six people can sit together at a table. Within the long list of guidelines are recommendations, such as sanitizing salt and pepper shakers for each new group, hosts greeting guests from behind a plastic sheeting barrier, and servers delivering pitchers of water to tables so that guests can pour it themselves. Tables must be two metres apart, and, if possible, restaurants should get the contact information for one person at each table to be used in case contact tracing is necessary.

As restaurants follow the new anti-transmission guidelines, customers will also need to take responsibility and engage in a social contract, Green-Schuermans said.

“They (the customers) need to be able to say, ‘No, I haven’t been exposed,’ and ‘No, I haven’t had any of these symptoms,’ and ‘Yes, I’m willing to get a temperature check’ … e have to ask the people coming into the space to also take responsibility.”

Green-Schuermans has been consulting with doctors and lawyers about her legal responsibilities and hygiene concerns.

“Usually we’re the first to have a party and stay up super late and bend the rules a bit. In this time, we’re saying no. If we want to be here … we actually have to be really responsible and think about what it is we want now and how our decisions now are the energy that creates the future we want.”

The restaurant industry is famous for its low profit margins, and independent restaurants shoulder a burden that chains do not, Green-Schuermans said.

For example, chain restaurants have power in numbers and can set up contracts to purchase food at discounted rates, making their profit margins anywhere from 10 to 20 per cent higher than independent restaurants.

“You need 70 per cent occupancy of your space in order to survive,” Green-Schuermans said.

But, that is impossible with new 50 per cent occupancy limits, which, Green-Schuermans said, highlights how important the federal government’s wage subsidy program is, particularly for independent restaurants.

Small, local restaurants with narrow spaces are going to have trouble complying with the new health orders of table spacing and occupancy limits, Green-Schuermans said.

“The issue is: How do restaurants continue on and survive if those (wage) subsidies don’t continue?”

She said regional food insecurity is also making it tough to stay afloat, even without the pandemic. For example, in B.C., many greenhouses have switched from produce to growing cannabis because the profits are higher.

Reopening the restaurant and keeping jobs available will be a balancing act at Chambar.

“There’s a very high risk that we could get shut down again if there’s another outbreak,” Green-Schuermans said.

Because of the financials, Chambar won't be opening for lunch service – which is typically less busy than dinner. Instead, it will open only in the evening and for brunch on weekends. And since restaurants can now only operate at half capacity in terms of diners, they won’t be needing as many wait staff.

This means Green-Schuermans, and other restaurant owners, might not be able to hire as many staffers back as they laid off, or hire more people for the usually busier summer months.

The domino effect will be painful, she said.

Actors and artists often subsidize their incomes by serving, and single parents benefit from the flexibility of restaurant jobs.

“You can make good money in less hours and still have the energy to do your passion.”

Youth employment will also suffer. Normally in the summer, many students look for work in restaurants and bars. But they are facing bleak prospects amid the COVID-19 recession. According to Statistics Canada, 480,000 people between the ages of 15 and 24 lost their jobs in April, with roughly 260,000 of those positions part-time.

Amidst the recession, restaurants will suffer, Green-Schuermans said. With less disposable income, people will need to reassess their spending habits and may eat out less often or only on special occasions.

“There’s a shrink back and you need to think about what’s really important to you, do you need to go out once per week?” she said.

“From a business perspective, will there be as many people in my restaurant? Maybe not, and that’s OK.”

But, aside from the financial barriers and anxiety about the spread of coronavirus, there’s another hurdle that restaurants, now with fewer people eating inside, will face. “I think there’s a primal aversion to going into empty restaurants,” she said.

The restaurateur spoke with Linda Solomon Wood as part of the Conversations series, sponsored by Canada's National Observer. Next up on Conversations is Minister of Infrastructure and Communities, Catherine McKenna, who will be speaking with Solomon Wood about 'shovel-worthy' jobs. Register here.

I don't use restaurants

I don't use restaurants because each layer of intermediation wastes more food.

There is going to have to be

There is going to have to be a complete re-evaluation of the rental value of commercial space by the financial market. Commercial spaces occupied as restaurants are an example of this. Commercial space is valued at its revenue generation potential, which is now less than 50% of what is was previously. That must be reflected in rent rates going forward. From the point of view of the landlords, their major cost is mortgage cost, and again, the driving factor is revenue generation potential. In short, the banks are going to see significant downward pressure on commercial lending rates. However, the trickle-down effect takes time, and many restaurants will close before the market adjusts completely.