Airports say they are mostly shut out from new loan program 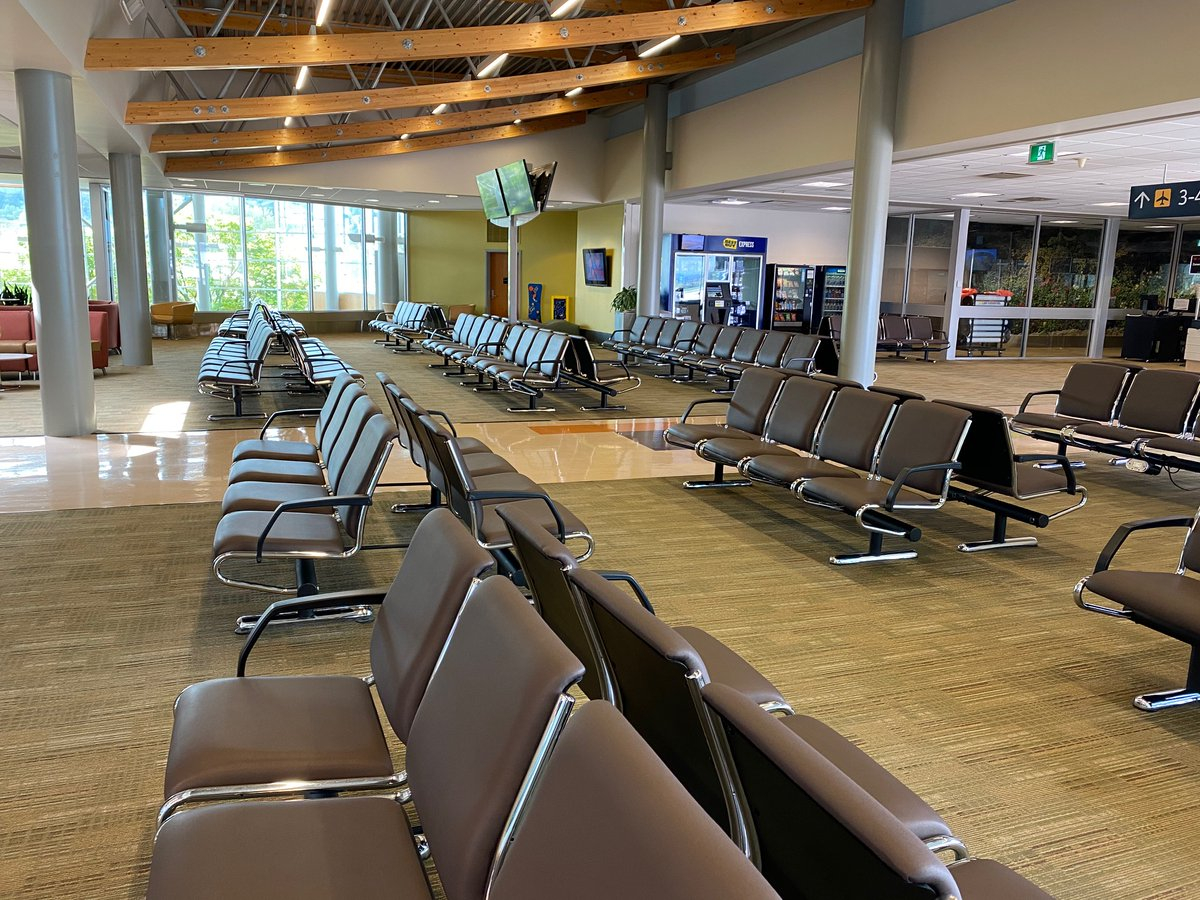 An empty area at Victoria International Airport this month. The airport confirmed it does not qualify for the new federal large employer loan program. VIA Facebook Photo
Previous story
Next story

Most Canadian airports can’t access the federal government’s new large business loan program, and the ones that can have little use for it, says the industry group representing them.

The Vancouver Airport Authority, one of only four airports that does qualify, according to the Canadian Airports Council, won't be taking advantage of the program "at this time," it confirmed to National Observer.

Finance Minister Bill Morneau, his department and a Crown corporation all said on Wednesday that airports could benefit from the new Large Employer Emergency Financing Facility (LEEFF).

However the council has also said that another Trudeau government COVID-19 relief package, the Canada Emergency Wage Subsidy, has allowed many airports to avoid some layoffs they might have otherwise had to make.

Just four out of 53 airports eligible

The airports council told National Observer on Thursday that out of 53 member airports, only four are actually eligible for the LEEFF, the federal government’s latest COVID-19 financing program that is meant to aid large Canadian employers with big economic footprints.

Airports in Vancouver, Calgary, Toronto and Montreal are the only ones that, pre-COVID-19, had cleared the government’s threshold of $300 million in annual revenues for accessing the program.

Those airports already have access to credit on favourable terms, argued council president Daniel-Robert Gooch, so a loan of last resort such as the LEEFF “is of no assistance” to them.

“Access to credit today isn't the problem for most of our airports,” said Gooch. “It's the dramatic drop in passenger-based revenue, which is not going to recover anytime soon.”

Airline passenger traffic plummeted by 90 per cent in April and revenue losses are estimated at over $2 billion, the council told a Commons committee this month.

Morneau said the LEEFF would be “available to organizations, including organizations like airports, that have extreme challenges.” Finance Canada and the Canada Development Investment Corporation also singled out airports as possible candidates for the loan program.

Most Canadian airports can’t access the federal government’s new large business loan program, and the ones that do have little use for it, says the industry group representing them.

Morneau's office acknowledged it had received questions related to the council's comments but could not immediately respond Thursday before publication.

Vancouver airport does not 'require LEEFF at this time'

Transport Canada owns the 23 airports in the National Airport System, and leases them to non-profit entities.

In British Columbia, these are the airport authorities in Victoria, Vancouver and Prince George. A fourth airport in Kelowna is leased to the city itself.

"As one of the world's only AA credit-rated airports, we have sufficient access to credit at a lower interest rate and with more favourable terms and do not require the Large Employer Emergency Financing Facility at this time," said the Vancouver Airport Authority.

"Our efforts are focused on returning YVR to expanded service levels in a safe and efficient manner to ensure we get back to generating revenue, supporting local businesses and the region."

The Vancouver airport recently issued layoff notices as a result of the pandemic-induced slowdown in air travel.

A spokesperson for the Victoria airport confirmed their annual revenues would not meet the criteria for LEEFF.

The federal government is waiving rent payments for the 21 airport authorities within the National Airports System until December. But Gooch said rent-paying airports need ground rent to be waived much longer than that: “For at least five years.”

Airports’ biggest concern is covering the cost of operations on little to no revenue, said Gooch. It threatens their ability to maintain infrastructure while adapting to new health and safety requirements, he said.

In this environment, the “greatest help” to airports would be “interest-free loans” that could be repaid over the long term, “10 to 20 years, for example.” Without this, he said, “many airports will have no choice but to raise rates to users to pay off this additional debt and interest.”

Morneau pitched the LEEFF as providing a “lower interest rate." Eighty per cent of the financing would be an unsecured loan set with a five per cent rate in the first year, and rising after that.

The council has also said that the Canada Emergency Wage Subsidy has allowed many airports to avoid some layoffs that they might have otherwise made. As well, it says it is reviewing a third relief program, the Canada Emergency Commercial Rent Assistance, as potentially helpful to airports.

“Despite the crisis we are in, Canada’s airports remain committed partners to help the government and public health agencies contain the spread of the virus and ensure the safe passage of travellers and goods while continuing to facilitate medical services, search and rescue, and other essential functions,” said Gooch.

By Paola Loriggio | News, Politics | May 21st 2020
Coronavirus in Canada