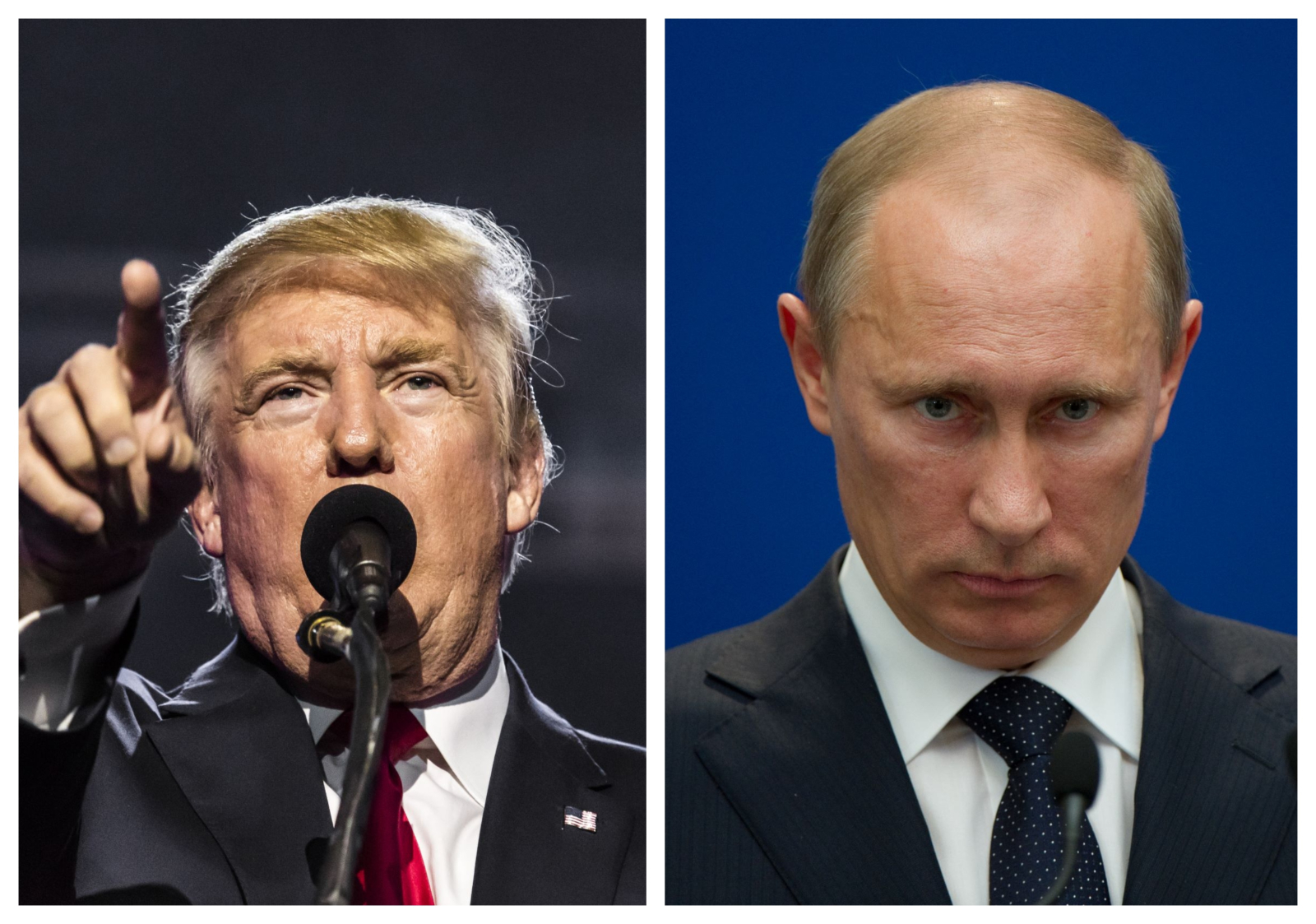 Russia was powerful and menacing. China was mysterious, but “red” was definitely “bad.” Japan and Germany couldn’t be trusted. Britain was tradition-bound and stolid, all “keep calm and carry on.” The United States saw itself as the world’s champion of freedom (even while struggling to allow the descendants of its slaves to vote).

But now, for many Canadians, a reliable postwar world order that lasted decades has been replaced by a sweeping uncertainty. It’s become a lot harder to predict how the world’s most powerful countries will pursue their economic interests, act on or ignore our challenges as a planet or deal with the plight of the world’s most destitute. Military alliances seem less reliable, more negotiable.

This struck me as I was going through our latest Abacus Data polling, which highlights that Canadians don’t much like today’s leadership in China, Russia or the U.S. — the biggest economies and most militarized countries in the world. And they’re not so keen on the United Kingdom’s Prime Minister Boris Johnson, either.

Russia might be economically weak today, but still seems to be malevolent. The modern focus is on sowing division around the world, rather than building an empire, and hackers are the weapon of choice, rather than nukes. But it’s hard to imagine a Russian leader in decades as unpopular in Canada as President Vladimir Putin is today. Only seven per cent like Putin; 57 per cent don’t.

After the election of U.S. President Donald Trump and his “America First” agenda became dramatically clear, Canadians started to take a second look at China for a more globalist point of view about trade and climate and development issues. Briefly, Canadians felt China was a better example of global leadership and more committed to peace around the world compared to Trump’s America.

But today, China’s leadership is broadly mistrusted, with 10 times as many people registering a negative view of President Xi Jinping (52 per cent) as those registering a positive one (five per cent).

In less than four years, Canadians have watched the U.S. transform dramatically, and worryingly. The U.S. may have led the expansion of free trade, but has now decided its interests lie in protectionism. Having built defence alliances to serve its needs, Trump publicly abuses his country’s partners and dismisses the value of collective security. In the grip of a health and economic crisis, the current White House occupant stumbles and preens and points fingers. He doesn’t shock us as much anymore, but the realization so many Americans are tempted to give him another four years on the job does. Three in four Canadians don’t like Trump — the first impression he made on Canadians stuck.

"Canadians don’t much like today’s leadership in China, Russia or the U.S. — the biggest economies and most militarized countries in the world. And they’re not so keen on the United Kingdom’s Prime Minister Boris Johnson, either."

Millions of Canadians trace their roots to Great Britain. Their monarch is our monarch, we share a parliamentary system and we share a lot of customs. Up until recently, we might have thought we share a common instinct not to run with scissors when it comes to our political choices. But Brexit took many Canadians by surprise, and Johnson’s election hasn’t done anything to calm the worry that the U.K. might be caught up in what seems like an epidemic of riskier political choice. Canadians are tepid to cool about Johnson: 18 per cent say they like him; 27 per cent say they don’t.

Each of these findings is about individual leaders, not their countries as a whole. But each of these key players in the world that affects Canada is pursuing policy directions ranging from unsettling to deeply worrying.

We can be excused for wondering if the whole idea of “world order” has become an anachronism — if the new normal is a state of perpetual upheaval, as opinions form quickly and travel fast, anger brews by the hour and change seems appealing because people don’t think of what might be lost, but focus instead on what might feel good.

For any middle power such as Canada, these circumstances heighten anxiety and pose crucial questions. Will trade agreements be honoured? Can we rely on military alliances? Do we need to worry more about our sovereignty in the North? Will international tribunals be able to resolve differences and disputes?

Because of our cultural tendencies, Canada may be more deeply affected by the seemingly chronic disruption in the geopolitical landscape. Our democratic compass is set on “peace, order and good government,” and it’s no accident — it’s a reflection of what we prize. But from Brazilian President Jair Bolsonaro to Johnson, Trump to Putin, Xi to Saudi Crown Prince Mohammed bin Salman, the world seems hell-bent on disorder, or sometimes just hell-bound.

The pressures building up in the pandemic-afflicted world, coupled with the growing climate crisis, might offer the best and most urgent argument for a collective approach the likes of which we’ve never seen.

But the leaders in many of the countries that are vital to such an approach are running in the opposite direction.

Despite soaring unemployment, debt and health worries, Canadians are more likely to say the country is heading in the right direction than they were only a few months ago. But asked about the rest of the world, they see more going wrong than going right.

Is there anything Canadians are hoping for to restore some predictability to the world? To start with, 78 per cent would prefer to see Joe Biden in the White House next year. There are very few political choices that find such widespread consensus.

This article offers a

This article offers a plethora of generalities while not providing value-added content related to what we already know.

The inclination to favour Joe Biden has little to do with who he is, more to do with what he isn’t, Donald Trump. Joe Biden supports fracking; is for the status quo on the Israel-Palestine issue never mentioning the plight of the Palestinians; and voted in favour of the Iraq invasion. He represents the old-world order. It is a sad comment that the best presidential candidate the Democrats could find is Biden.

During the pandemic, Trudeau gave the go-ahead for the construction of the Trans Mountain pipeline and allotted a $500M loan for the Coastal GasLink. Add to that, emissions rose during the first Trudeau mandate and we are way off course for the pitiful greenhouse gas reduction target for 2030, the same target as that of the Harper administration.

On the migration to clean tech, Canada remains at the bottom of the heap among developed nations.

As for transfers to the provinces for healthcare, Trudeau maintained the Harper cuts.

The half-truths in this article are misleading.

Mr Dubitsky raises valid points in his post. The article misses on some important points when addressing Canada and the United States. Comments on Trudeau leave out many points that are questionable. What is Trudeau's true motives, he talks a good story on COVID-19, and for the most part will get good marks; however, at the same time he is pushing hard in the diplomatic circles to get Canada a seat on the Security Council just as he was doing prior to the COVID-19 pandemic coming into view. I question his true goals in much of what he does. More critical reporting needs to be done on what is happening in Canada. As far as the USA, from what i've read, I would question Joe Biden being the answer to their problems. All the citizens will get are a milder version of Trump with no desire on the Democratic Party to tackle the deep seated problems in the Country. IN short more of the same old democratic party agenda.

The US has not "transformed."

The US has not "transformed." It has simply changed presidents. Number 45 was "elected" with less than half the vote due to the electoral college system.
Here in Canada, the Liberals are polling at 44%. If those numbers hold to the next election, they can take a huge majority of the House, despite the fact that 44% is most emphatically less than 50%.
Journalists, please stop promoting the fantasy that North America has a fair voting system that reflects the will of the people.