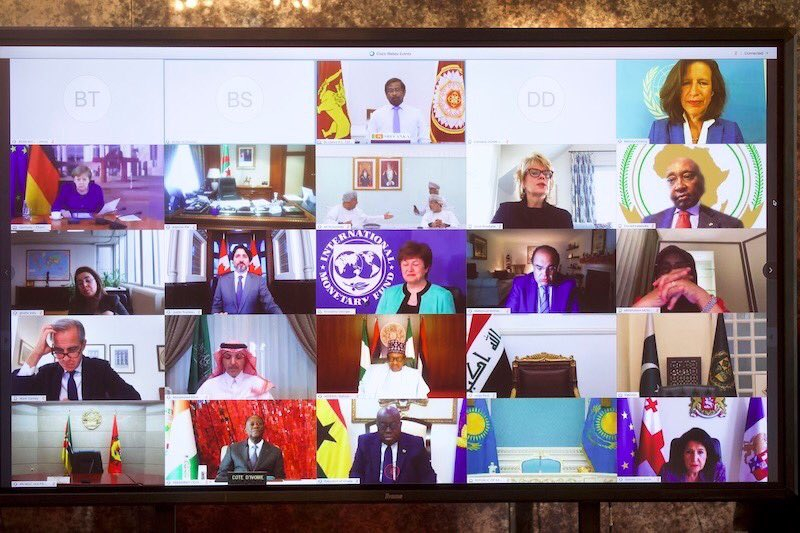 Trudeau’s comments came after the Chinese Embassy expressed its “firm opposition” to the Meng ruling Wednesday, and accused Canada of acting as an “accomplice” of the United States, urging the nation “not to go further down the wrong path.”

Also on Thursday, Canada, Australia, the U.S. and the U.K. issued a joint statement criticizing China for a separate decision to move forward with a new national security law for Hong Kong.

As for the question raised by the media concerning the Canadian court’s ruling on the so-called “double criminality” issue in the case of Chinese citizen Meng Wanzhou, the spokesperson of the Chinese Embassy made remarks as follows: pic.twitter.com/BkhC6Yji60

Meng has 'a number of further legal steps'

Trudeau, speaking at a United Nations conference focused on an international response to the COVID-19 pandemic, was asked by a reporter about the embassy’s reaction to the B.C. court ruling.

“We have an independent judicial system that has rendered a judgment without any political interference,” said Trudeau.

“Obviously, there are a number of further legal steps available to Ms. Meng she will undoubtedly avail herself of, but the political side of our government has no interference in our judicial system.”

One of those further legal steps is expected to involve court proceedings over the lawfulness of Meng’s arrest, which occurred Dec. 1, 2018 at Vancouver International Airport under the authority of a U.S. arrest warrant.

Her lawyers have argued that border officials, the RCMP and the FBI violated Meng’s Charter rights when they conducted an investigation at the airport.

Meng’s legal team is expected to appear in court in June to discuss next steps with her case.

Trudeau also said Canada will continue to advocate for the release of Canadians Michael Kovrig and Michael Spavor, who were arrested in China in 2018 several days after Meng’s arrest, and have been detained since then. China denies their arrests were connected to Meng.

“I take this opportunity to thank the international community for standing so strongly with Canada in this situation. We will continue to defend our interests and our values,” said the prime minister.

The Chinese Embassy’s statement Wednesday evening said the U.S. and Canada were “abusing their bilateral extradition treaty” and had “violated” Meng’s “lawful rights and interests” by “arbitrarily” taking measures against her.

Canada must decide whether to permit Huawei technology in 5G wireless networks in the country, something the Trump administration has reportedly been pressuring allies not to do.

This month, U.S. Secretary of State Mike Pompeo called Huawei an “untrustworthy vendor and a tool of the Chinese Communist Party, beholden to its orders,” accusations that Huawei strongly denies.

Watch live: Prime Minister Justin Trudeau participates in a joint press conference with the Secretary-General of the UN, @AntonioGuterres, and the Prime Minister of Jamaica, @AndrewHolnessJM. #COVID19 https://t.co/RgKmeke3PU

China's legislature approved a proposal Thursday to move forward with a law that is meant to suppress terrorism, secession and subversion. Critics say it would allow state security agencies to operate more freely, leading to fears of a crackdown.

“Direct imposition of national security legislation on Hong Kong by the Beijing authorities, rather than through Hong Kong’s own institutions... would curtail the Hong Kong people’s liberties,” reads the joint statement. The law also “raises the prospect of prosecution in Hong Kong for political crimes,” the statement said.

Chinese authorities have said the law would lead to the “steady implementation” of long-standing Hong Kong autonomy, and for its “long-term prosperity and stability."

The UN conference attended by Trudeau was convened by Canada, as well as Jamaica and UN secretary general António Guterres, and was attended by more than 50 heads of state and government.

At the event, officially called the High-Level Event on Financing for Development in the Era of COVID-19 and Beyond, Trudeau said countries need to work together to beat COVID-19 and for the global economy to recover, and that citizens need to have confidence in international institutions.

“I think we all understand that this is a global crisis. No matter what we do in our own country to control the spread of COVID-19 and get our economy going, Canada is a trading nation,” said Trudeau.

“We are deeply dependent on how economies around the world are doing, as well. We are more interconnected as a world than we have ever been, and we cannot simply look to ourselves and hope everyone does better on their own.”

Canada is also pressing for a seat on the UN Security Council, for which elections are being held June 17. It’s facing off against Ireland and Norway for two available seats in its grouping, currently held by Belgium and Germany.

It will be interesting for

It will be interesting for historians to parse the the next frew decades of the battle between the Chinese system of global domination and the varied and evolving "western" systems of global survival. The very fundamental philosophical mind sets at work are each on "the rack" in the struggle to determine what kind of future humanty will have to endure. The human condition has never been idyllic, despite what the bible says. The existential struggle for survival has been part and parcel of that which we call "life". The outcome is by no means clear.