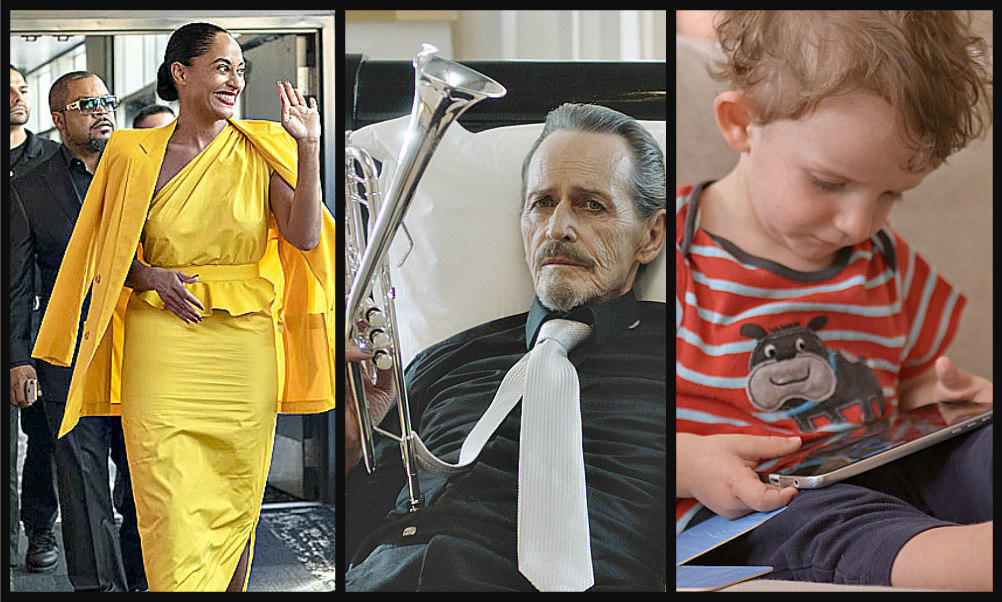 You’ve got The High Note, Dreamland, Screened Out and three more to read about today.
Previous story
Next story

There are big benefits in streaming movies. It’s like a whole video store is available to us at home. This week, for instance, among the newly added films there’s Funny Girls, Schindler’s List, E.T., three Teenage Mutant Ninja films, Coraline and if you’re watching the Michael Jordan series on Netflix, you’ll be welcoming his 1996 movie, Space Jam, in which he co-stars with Bugs Bunny. It’s on Amazon Prime.

There’s an alternate version of the big Academy Award winner Parasite coming on Tuesday. What’s different? It’s black and white. I’ll muse on why next week after I see it.

I also like the second chance some movies and TV series are getting. Like Intelligence, the series that CBC carried, then stupidly cancelled, some years ago. It was proudly set and filmed in Vancouver and has been rediscovered on Netflix.

These are newly streaming this week ...

THE HIGH NOTE: Here’s a good bet if you’re wanting something new, pleasant and not too demanding. Dip into the world of glitz and glamour and ambition in the music business. It’s a tale of chasing your dreams with an aspiring producer, played by Don Johnson’s daughter Dakota Johnson, unwilling to be stuck forever as just a personal assistant to a big star played by Tracee Ellis Ross, daughter of Diana Ross. Ice Cube is there as a manager, remix expert Diplo has a cameo as a remix expert and director Nisha Ganatra examines the recording industry much like she did with television in her last film. Lightly.

Ross is demanding, but hardly a diva. She wants to do new material, not just coast on her greatest hits albums and concerts. She’s being pressured to do a Las Vegas residency. Celine Dion did over 1,000 shows there, she’s told. (The film is absolutely stocked with names and references like that. Joni Mitchell, Bob Dylan, Ariana Grande are cited or heard, along with Maxine Brown, Sam Cooke, The Staple Singers, and many, many others. Record collectors will be delighted.)

Johnson secretly works in the studio spiffing up her boss’ live recordings and mentoring a young singer she met in a grocery store (Kelvin Harrison Jr.). It’s a rosy picture of the industry; mentioning only and not following up on some darker aspects, but germinating a feel-good love story instead. Then there’s an absolutely unbelievable revelation that alone makes this film worth streaming for the sheer jaw-dropping oddity. (Video on demand.) 3 out of 5

DREAMLAND: Bruce McDonald finally follows up his celebrated collaboration with actor Stephen McHattie and writer Tony Burgess (Pontypool, 2008) with this bizarre item. It’s creepy but engrossing. Made in Luxembourg and Belgium, but is actually Canadian, made by Ontario types but including a Vancouver producer, Amber Ripley of Goodbye Productions. The money behind it is from all over; a true co-production. Befitting the title, it plays like a dream. The plot drops logic for impressions and a story flow that could have been written down immediately after waking up.

McHattie plays a hit man given a strange assignment by a gangster named Hercules (Henry Rollins): To cut off the pinkie finger of a jazz trumpeter (also played by McHattie) who once slighted him and is to play at a glitzy wedding organized by The Countess (Juliette Lewis) for her brother who is a vampire. Got that? Dream fragments, and they continue. The marriage is to a 14-year-old girl provided by Hercules, who has gotten into a lucrative sideline pimping children. That, the hit man can’t stomach. “I guess I’m pretty low, but that’s worse,” he says. The party turns chaotic and the film is stylized, imaginative, surreal and satisfying in all its weirdness. McHattie is especially interesting playing two different characters and making both believable. (Available now at many sites including, Telus, Cineplex, Apple TV, Bell, Rogers, Google Play and Shaw.) 3½ out of 5


SCREENED OUT: You’ve heard the cautions before about spending too much time staring at the screen on your electronic devices, be they PCs, Macs, tablets or smartphones. This film doesn’t have a lot new to add, but it brings so much information together in one place that you have every reason to watch it. Toronto filmmaker Jon Hyatt argues that we’ve become addicted, and presents expert warnings of the dangers and insiders explaining how the social media companies get us hooked. Hyatt sees the results through his own family.

He cites facts from all over. Children as young as eight now spend three to five hours a day at a screen. Attention span has dropped from 12 to eight seconds. Kids are overstimulated and are “substituting technology for meaningful interactions with people.” One girl says she’s depressed because she’s jealous of other people’s lives that she sees on Instagram. Former Facebook execs detail the psychological techniques companies use to get, and keep, teens like her watching. They use four hooks, with random rewards like in a famous B.F. Skinner experiment. The word dopamine comes up a lot and it is noted that the Blackberry used to be nicknamed “Crackberry.” Solution? No surprises: Tech-free time for the kids and don’t be a bad example for the parents. For extreme cases, Hyatt gets tips at Seattle’s reStart treatment centre, which offers detox from technological addiction. (VOD at iTunes and YouTube.) 4 out of 5

INHERITANCE: Forgive some holes in the plot and some improbabilities and you’ll be able to enjoy this mystery thriller about family secrets. Lily Collins, playing a New York district attorney (they elect them young, it seems) gets a surprise when her super-rich dad dies. A data stick that he left her (with the admonition “the truth must stay buried”) directs her to a secret underground bunker on the family estate. Inside she finds a man (Simon Pegg) who has been chained up there for 30 years. (Hair too short for that, but otherwise unrecognizable.) So, what happened here? Through the rest of the film, Lily tries to find answers and also gets into debating and shaming sessions with the man.

Mom (Connie Nielsen) says of dad, “We both knew he was no saint.” The family lawyer says, “I protected your dad for decades.” The man in the bunker says he knows everything about him, but seems to be holding a lot back in hopes of trading for his release. There’s also “another woman” who Lily tracks down and visits. The real story is still far away though and it’s a highly involving trail to get there. A final twist is hardly unexpected; some may see it coming. Still, it’s a sharp, though extreme, example of a common story: How hard it is to really know your parents. (Available since Tuesday via video on demand.) 3 out of 5

A WHITE, WHITE DAY: This gripping drama about obsession, anger and grief will keep you more than engaged. You’ll be glued to it as a former cop in Iceland mourns the loss of his wife in a car accident and follows up on his suspicion that she had been cheating on him. There’s a very slow early sequence (trying to be arty, it seems) and a languid middle, but stick with it. It’s worth it. The performances and the direction are strong and this was Iceland’s submission to the Academy Awards.

Ingvar Sigurdsson, a favourite actor in his country, plays a retired policeman who grieves the death of his wife in the accident that starts the film. He distracts himself with a building project and with caring for a granddaughter. Then he discovers evidence that his wife may have had an affair with his friend, a soccer buddy. He falls apart with an anger that he struggles to keep inside. The film is partly a revenge tale and mostly a study of dealing with grief. There are brooding views of the landscape. The title refers to a national saying about when the weather is so dense that you can’t see a line between land and sky. On such a day, they say, you can converse with the dead. This man does, sort of, and only in his mind. This film is poignant, moody and richly atmospheric. (Streaming at https://viff.org.) 3½ out of 5

JOAN OF ARC: It’s been told many times in the movies, but this version of her story is different in a number of ways. The settings, for instance. The content comes from a stage play and French director Bruno Dumont has found a surprising way to put it on screen. He doesn’t worry about location and look and simply stages large sections of dialogue on a bare patch of sand early on, on a bare cathedral floor later, and between two rows of church benches when Joan is put on trial for heresy. It might as well still be a play because the focus is entirely on the words being spoken. Earlier, there’s a rhythmic performance by horse riders and, at times, there are songs. It’s a fanciful and yet earnest retelling.

Joan, seen here in the cathedral with the monsignor, refuses to submit to the rules of the church, prefers the ideals of Jesus, blames the king for England’s continued occupation of Paris and debates the fine points of piety and personal commitment with a prosecutor and a variety of clerics. At the same time, she refuses to reveal what God told her when his voice came to her. She insists it’s none of their business. Eleven-year-old Lise Leplat Prudhomme is so unactorly playing her that you can easily believe she’s a naive teen motivated by religious passion. Although the curio factor gives it some momentum, and the performances are strong, it’s not enough. The talk is weighty and more than plentiful. (Streaming at https://thecinematheque.ca/.) 2½ out of 5