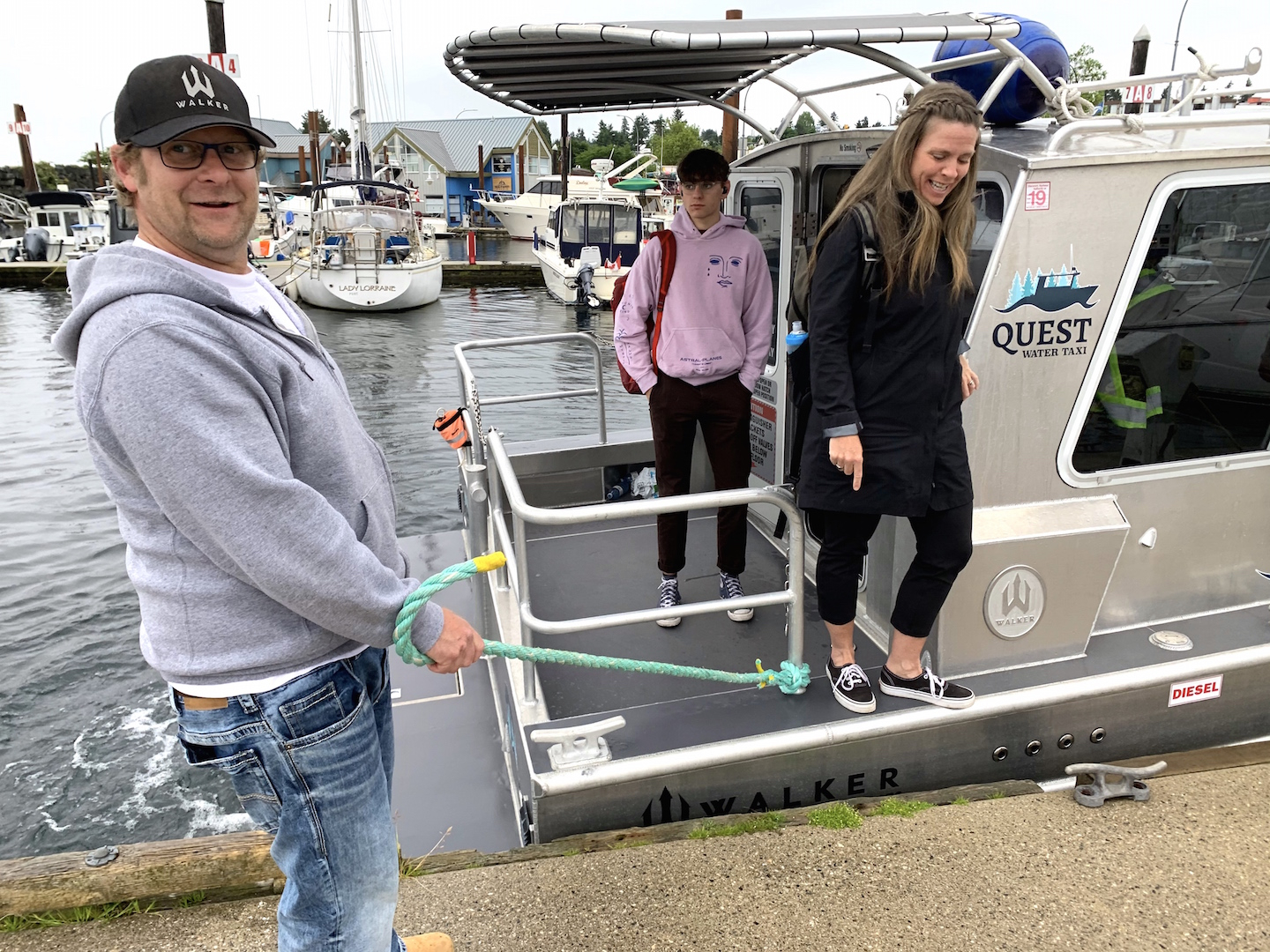 Island commuters hit a bit of rough water when ferry service between Quadra Island and Campbell River was cancelled all day Tuesday due to a mechanical issue. A problem made all that much worse because of COVID-19.

For Quadra and neighboring Cortes island located off Vancouver Island's northeast coast ­— and for a score of other isolated coastal communities in British Columbia — ferries are a driver of local economies and a lifeline to the outside world, especially during the pandemic.

But folks arriving for the morning rush hour ferries on either side of the route discovered the Powell River Queen was out of commission with what BC Ferries originally described as a problem with a bilge water tank.

Vehicle passengers were out of luck, but BC Ferries contracted two water taxis to transport walk-on passengers back and forth from Campbell River and Quathiaski Cove for the day.

However, due to COVID-19 distancing protocols the vessels could only take six passengers at a time, or one person per bench on the aluminum vessel.

So, without much protest or mumbling, passengers lined up six feet apart in the spring rain at the top of the wharf to wait their turn to walk down the gangway.

Audrey and Albert Wilson were unperturbed by the situation.

“It is what it is,” said Albert with a shrug.

Having lived in We Wai Kai Nation’s Cape Mudge Village on Quadra his whole life, Albert said he’s used to delays in crossing the waters of Discovery Passage to town.

“And if the ferry doesn’t break down, it’s the weather,” Audrey joked.

For Quadra and neighboring Cortes island located off Vancouver Island's northeast coast ­— and for a score of other isolated coastal communities in British Columbia — ferries are a driver of local economies and a lifeline to the outside world.

Audrey, executive director of the Laichwiltach Family Life Society, has been commuting to work in Campbell River by boat for 24 years.

“It just becomes normal,” she said.

And some times there are unavoidable hang-ups.

“It’s a little like a lottery,” she said. “It’s just part of island living for me.”

Life on Quadra is a fair trade off for the extra hassles to get off island, Albert said, adding he's not tempted to live in Campbell River.

“It’s nice and quite here, but I’m still close enough to get what I need in town,” he said.

After having spent his lifetime in a small community where he knows everybody, and they know him, he’s not leaving now.

“I couldn’t get into trouble as a kid,” Albert said.

“Because everybody knows me, and if I did, word about it got home before I did.”

Most of the passengers making the journey to Campbell River Tuesday were locals, especially given the current BC Ferries advisories for visitors to avoid non-essential travel to small communities.

As a result, every second or third passenger heading down the gangway can’t resist a friendly jab at the terminal attendant they know by name.

“So I hear the ship is sinking,” said one with a laugh.

As Quadra resident Kathleen Power clambers onto the aluminum water taxi, she is also not fazed by the delay or the change in the mode of transport.

She’s lived on the island 20 years and commutes to work in Campbell River Monday to Friday.

​​​​​“It’s mostly good,” Power said. “Except in summer, then it’s really a challenge to get on the ferry when you’re taking your car.”

Due to COVID-19 there’s been a significant drop in traffic on the ferries lately, she said.

“If this was a morning sailing in a normal time, we would have been standing in line much longer,” Power said.

“If all the kids were coming to school and lined up, I might not have come to work,” she said.

Tuesday morning BC Ferries announced it would bring the Bowen Queen up from Salt Spring Island to act as a replacement vessel.

But Tuesday evening, BC Ferries spokesperson Deborah Marshall said engineers have determined the problem on the Quadra ferry was actually a leak in the vessel’s engine’s salt-water cooling system.

“The good news, is that some of our fleet maintenance team is coming up to make repairs overnight in the dock in Campbell River,” said Marshall, adding the replacement ferry is cancelled and operations are expected to resume to normal on Wednesday.

However, Tuesday’s regular dangerous cargo runs that prohibit passengers have been shifted to Thursday.

The Powell River Queen, built in 1965 with a car capacity for 59 vehicles, is being phased out of fleet operations.

The new ferries will run in tandem to lessen summer overloads and sailing waits.

“Certainly the new vessels will increase reliability in terms of maintenance,” Marshall said, adding it’s actually quite rare for older vessels in the fleet to suffer serious service interruptions.

“It just goes to show all the hard work our engineers are doing to maintain them.”