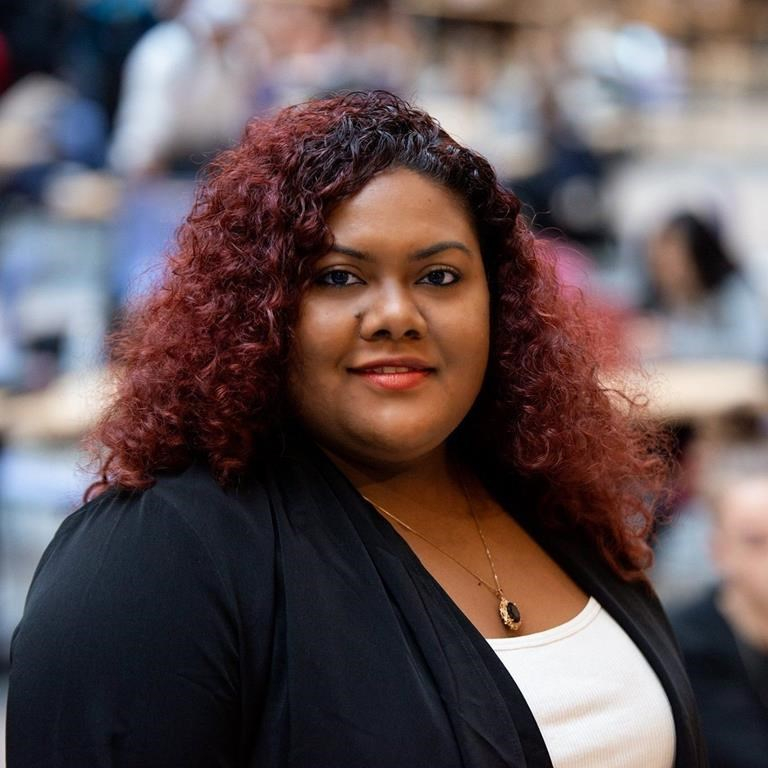 Terre Chartrand says she recognizes it's not her place right now to be front and centre during demonstrations in support of black people decrying police violence.

Chartrand, the Algonquin artistic director of Pins and Needles fabric company, an Indigenous-led arts collective, says her people play an important — but not central — role.

"The same violence has created a condition for both of our communities," says Chartrand of Waterloo, Ont.

There have been intense demonstrations in cities across the United States since the death of George Floyd, a black man in Minneapolis, on May 25. A police officer knelt on his neck for several minutes, even as Floyd said he couldn't breathe.

Indigenous activists say they will be attending rallies and working behind the scenes at demonstrations in Canada. But many say black lives must remain the focus of attention.

"It is our turn to show up, take instruction, and trust in the Black Lives Matter movement at this time, and always."

Idle No More began in 2012 in Saskatchewan and became one of the largest Indigenous mass movements with protests around the world. Colonial violence may look the same on the surface sometimes, its organizers organizers said, but there are historical differences behind the oppression.

Ciann Wilson, an assistant professor at Wilfrid Laurier University in Waterloo, said Indigenous people she has spoken with recognize that supporting black people right now will move both groups closer to justice.

Terre Chartrand says she recognizes it's not her place right now to be front and centre during demonstrations in support of black people decrying police violence.

Wilson, who is black, was a principal investigator of the Proclaiming Our Roots project. It presents the history between black and Indigenous communities and showcases the underrepresented stories of Afro-Indigenous people.

"When Indigenous and black people have gotten together throughout history in the North Americas, they have staged some of the biggest threats to colonial rule," Wilson said.

The project worked with black, Indigenous and Afro-Indigenous scholars and researchers to show how the Haitian revolution against French colonial rule and slavery in 1791 was a collaboration between them. The two also worked together during the Seminole Wars that attempted to displace the Indigenous population in Florida in the 1800s.

Wilson said that relationship was feared by colonialists because it forged a strong resistance. Over the decades, stories of the battles faded and the relationships between communities sometimes wavered. But Wilson said their mutual fight for justice against oppression remains.

Grand Chief Arlen Dumas with the Assembly of Manitoba Chiefs said First Nations are more than empathic because they "strongly identify with some of the lived experiences of black people in this country and in the U.S."

"The black and Indigenous anger over police brutality, as well as with the court system, has been boiling for decades in this country and indeed around the world," Dumas said in a statement.

The proportion of Indigenous people behind bars in federal prisons is more than 30 per cent, despite their accounting for five per cent of the Canadian population, says the Correctional Investigator of Canada. Black inmates make up about eight per cent of the total in-custody population and 37 per cent of all discrimination complaints to the ombudsman for federal inmates.

An Ontario Human Rights Commission report in 2018 found black people living in Toronto were far more likely to be injured or killed in interactions with city police.

Dumas pointed to the death of a 16-year-old Indigenous girl who was killed by Winnipeg police in April. Police allege she was shot after a pursuit that began with a liquor store robbery. She was one of three Indigenous people killed by police in the Manitoba capital in a 10-day span.

Black and Indigenous voices must be united, Wilson said. Right now, that means everyone must hold themselves, their families and their communities accountable to anti-blackness, she said.

This report by The Canadian Press was first published June 5, 2020