By Ashleigh-Rae Thomas | Features | June 9th 2020
#12 of 42 articles from the Special Report: Conversations 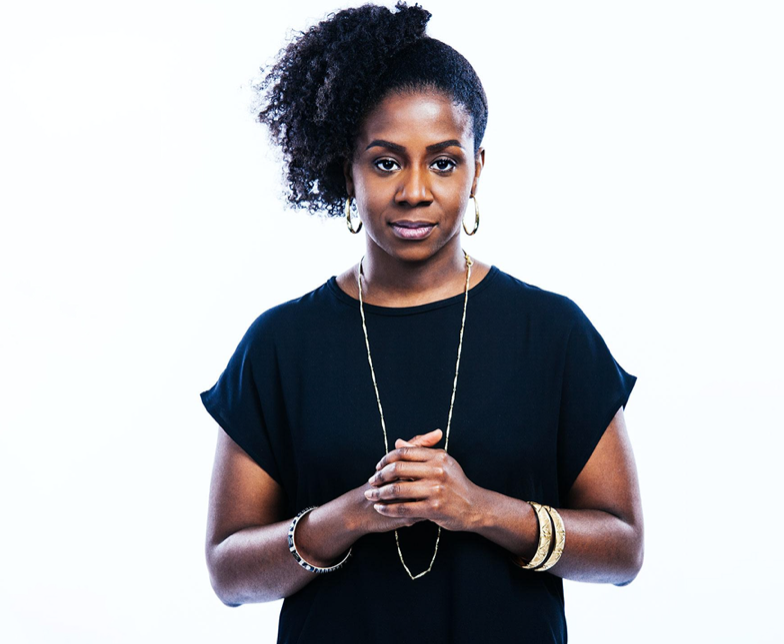 “Bizarre, authoritarian, Draconian,” is how Sandy Hudson described the U.S. government's response to nationwide demonstrations last week against police violence and racism. Hudson, who helped bring the Black Lives Matter movement to Canada, joined Canada's National Observer editor-in-chief Linda Solomon-Wood for a conversation on "defunding police," the death of George Floyd and the response from Black people in North America.

Floyd, a Black man, was killed by a Minneapolis police officer. Video of his death shows Floyd pleading for his life saying “I can’t breathe,” as the officer kept his knee on Floyd’s neck. The incident has galvanized the Black Lives Matter movement, bringing hundreds of thousands to the streets in North American cities.

For Hudson, the natural place for her at a moment like this would be with the crowds in the street. But, instead, she has had to watch the response on social media from her apartment in L.A. “Here I am sitting in America, in a place where I’m not a citizen. I feel like I can’t go to any of the protests because I’m afraid of being deported,” Hudson said. A Canadian, Hudson is now studying law at UCLA.

The conversation around defunding police

Hudson suggested alternatives to policing, including reaching out to social workers in instances of mental health emergencies, rather than involving the police. “If the police aren't well-equipped to provide safety services in the event of a mental health crisis, why don't we create a new service that people could call?”

“If the police aren't well-equipped to provide safety services in the event of a mental health crisis, why don't we create a new service that people could call?” Sandy Hudson

Police are called upon to be social workers, to deal with mental health crises and to mediate domestic violence, said Solomon-Wood as the two created a “laundry list” of the many roles police officers are expected to play in society today.

“I want people to consider the perhaps wild notion that you haven’t considered before,” said Hudson in response, “that police are actually not good at stopping domestic violence, or gender-based violence and quite frankly they don’t prevent those things from happening.” They come in after a crime or domestic violence has already taken place, rarely do they arrive in the middle of an incident, Hudson said.

Instead, Hudson suggests society should respond with someone who can support survivors, is sensitive to their needs and can take them to a place where they will be safe.

Defunding the police may seem like a “bizarre”radical move, but Hudson and other organizers believe a different way is possible. “More than ever before, people are ready to hear a conversation about concrete solutions, like defunding the police,” she explained.

Since Floyd’s death, Los Angeles’ mayor, Eric Garcetti, announced that up to $150 million will be moved from that city’s police budget and reinvested into poor and minority communities.

The 2020 Toronto Police budget is $1.076 billion, “more than the library budget and the public housing budget combined,” Hudson said. She said that money could be spent on mental health, public transit, the education system and other key areas where the public needs the most help.

Hudson also spoke about how systemic racism persists well beyond the justice system, as COVID-19 hits communities of colour the hardest. “The compounded experience of this virus disproportionately harming my community, in addition to these horrific police killings has an impact on the need to get out into the streets and demonstrate.”

In the days following Solomon-Wood’s interview with Hudson, Chantel Moore, a 26-year-old Indigenous woman, was killed by police during a wellness check in New Brunswick. And video has surfaced of Quebec police pulling a Black man out of a car by his hair then striking him on the head. And demonstrations across the continent continue.

Hudson said the answer is to always put the community first. “I think people really need to listen to what Black communities are saying across North America,” she said. “This is a possible way forward, to make sure that Indigenous lives and Black lives are not lost as a result of the police continuing to serve these functions that they've simply already proven that they cannot serve well.”

This live interview is part of Linda Solomon Wood's Conversations series, sponsored by Canada's National Observer and featuring topics around COVID-19, the economy, politics, culture and climate change. To watch more Conversations, head over to our YouTube channel. To stay up to date on upcoming interviews, subscribe here.

“Defund the police!” as a

“Defund the police!” as a conversation starter serves the inflamed sensibilities and narrow view perspective of the BLM movement. It does not adequately respond to the sociopolitical realities that place police between citizens and the political establishment. We know that social stresses are being exacerbated by undemocratic, corrupting forces that conspire to prevent progressive governance policies from being implemented. Have we conveniently forgotten that for the sake of appeasement?

The focus of our attention should be on reducing the influence of the wealthy elite who conspire to manipulate human behaviour and control our politics, not on scapegoating the police who are working the front lines under near impossible conditions.

It is the political establishment that should be defunded, which is to say that the financial influence that the wealthy elite have on sociopolitical outcomes must be reduced dramatically, not just at home, but globally. Doing so would place emphasis where is belongs.

The article provides a

The article provides a meaning for the term "Defund Police". Articles in the media have not put an explanation around Defund Police. Average person reading the reports question the words and it tends to incite a negative reaction against the Black Lives Matter movement. Black McLeod's comments open up the broader problem existing in governance and the ruling elite.