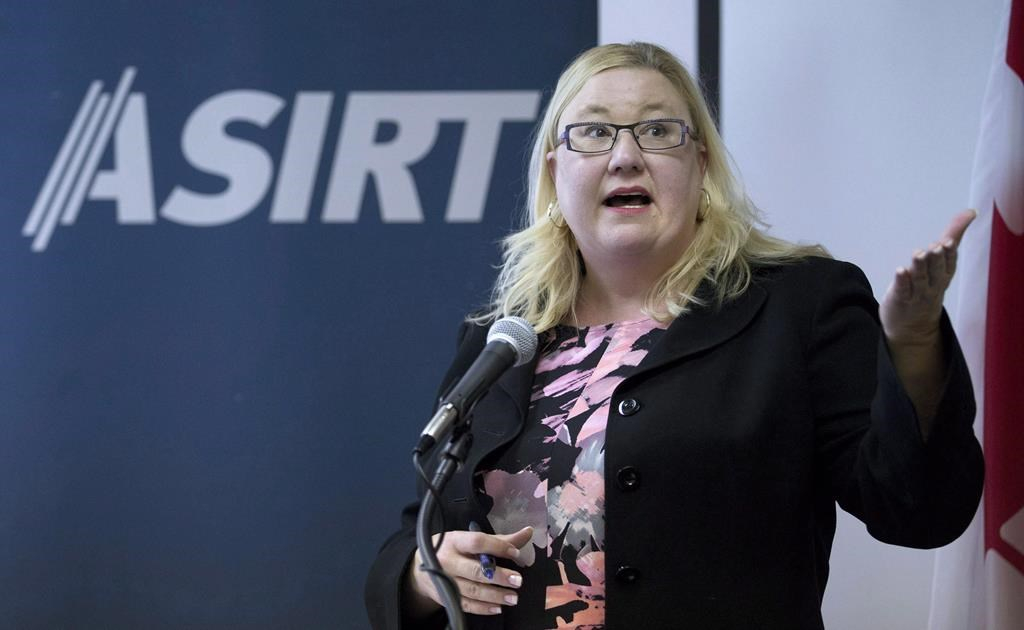 Two RCMP officers have been charged in the shooting death of a 31-year-old man in northern Alberta almost two years ago.

Cpl. Randy Stenger and Const. Jessica Brown of the Whitecourt RCMP detachment were arrested Friday and were each charged with one count of criminal negligence causing death, the province's police watchdog said Monday.

The Alberta Serious Incident Response Team (ASIRT) said that Clayton Crawford died from multiple gunshot wounds inside a car after a confrontation with police on July 3, 2018.

Mounties had been investigating another shooting the day before at a home in Valhalla Centre, Alta., about 65 kilometres northwest of Grande Prairie. ASIRT said the officers were looking for a witness or possible victim in that case, when they discovered a man sleeping in the driver's seat of a vehicle parked at a rest stop near Whitecourt.

During the confrontation, the vehicle was "put into motion" and one officer fired a service pistol while the other discharged a carbine rifle, the agency said.

"The vehicle left the rest stop, crossed the highway and entered a ditch a short distance away," said a news release.

ASIRT executive director Susan Hughson told a news conference Monday that Crown prosecutors were consulted for their opinion and her team recently determined charges were warranted.

Hughson said it's the first time in the Alberta agency's history that a police-involved shooting resulting in a death has led to criminal charges against officers.

"This is a new step for ASIRT — not one we shirk from, but it is setting new ground for ASIRT, for sure," she said.

Two RCMP officers have been charged in the shooting death of a 31-year-old man in northern Alberta almost two years ago.

Both officers have been released on an undertaking with court conditions, including a prohibition on possessing firearms. They are to appear in Whitecourt provincial court July 14.

Hughson added that she has been in contact with Crawford's family.

"They have been very patient," she said. "I don't think it would be an understatement to say that they are still very devastated."

In Crawford's online obituary, his family said he was a "loving father and a hard-working man" from Grande Prairie who was taken too soon.

They said his greatest joys in life were spending time with his daughter and the rest of his family.

No one from the family could be reached for comment Monday about the charges.

But Clinton Crawford said in a Facebook post in 2018, which was had been deleted by Monday afternoon, that his "brother Clayton was wrongfully taken" from them.

"What we know at this point is that he was sleeping at a rest stop outside of Whitecourt, with his seat reclined, during the day sometime," his brother wrote.

"Somehow from that point RCMP had what they call 'a confrontation' and Clayton was shot many times while he was in the vehicle — unarmed, and upon 'confrontation' — taking a nap."

He said Monday that both officers have been suspended with pay now that charges have been laid.

Stenger has 12 years of service with the RCMP and Brown has four, Zablocki added.

"Policing is a difficult job, decisions are made in split seconds and we don't get it right every time," he said.

"Unfortunately, sometimes it can result in charges."

He said Stenger and Brown were immediately removed from duty after the shooting, but they returned to work after going through "a number of steps" that allowed them to return to active duty during the ASIRT investigation.

Hughson said she expects a fatality inquiry will follow the completion of the criminal case.

— With files from Colette Derworiz