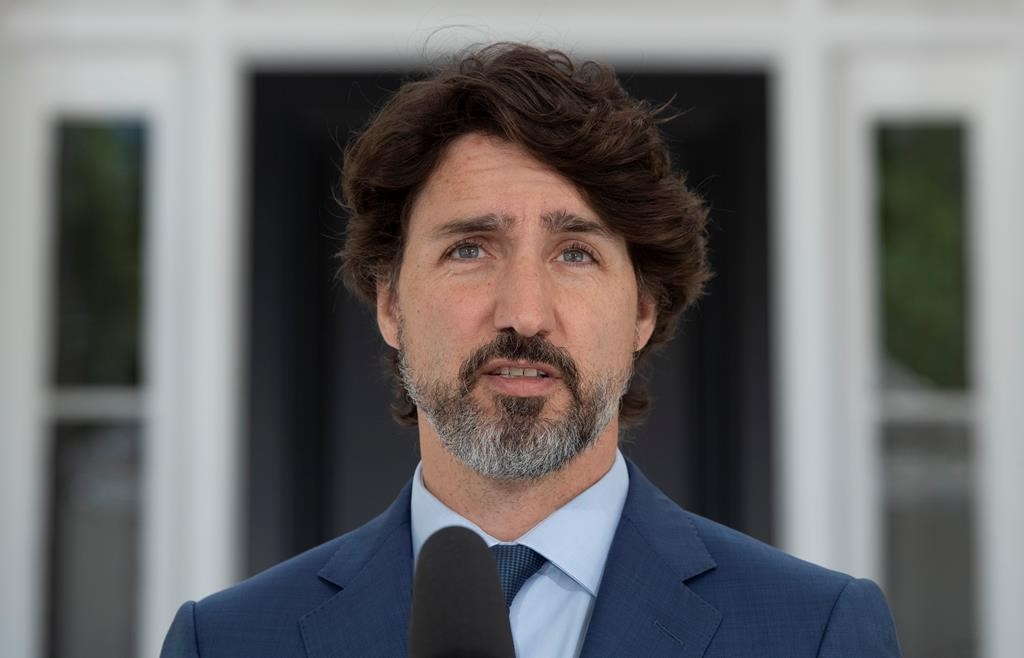 Prime Minister Justin Trudeau responds to questions during a news conference outside Rideau Cottage in Ottawa, on Monday, June 8, 2020. File photo by The Canadian Press/Adrian Wyld
Previous story
Next story

Canada's ban on non-essential crossings of the U.S.-Canada border is being loosened slightly to allow some families to reunite, Prime Minister Justin Trudeau announced Monday morning.

The revision means immediate family members of Canadian citizens or permanent residents will be allowed in, as long as they have no sign they might have COVID-19 and no reason to believe they might have caught it.

The border restrictions still require anyone entering the country from the United States to self-isolate for two weeks to reduce the risk of spreading the novel coronavirus.

"If you don't follow these rules, you could face serious penalties," Trudeau warned.

The change applies at midnight Monday night in the Eastern time zone.

Canadians always have a right to return to this country from abroad, but some families have been divided because of some of their members' citizenship status.

The measure is aimed at families with unusual circumstances, such as when one parent is not a citizen.

The border with the United States has been closed since March, except for goods and certain categories of essential workers.

The current agreement with the United States expires June 21, but it has been extended twice already for a month at a time.

This report by The Canadian Press was first published June 8, 2020.

Is the U.S. making a similar

Is the U.S. making a similar move so I can visit family in Georgia, for example?