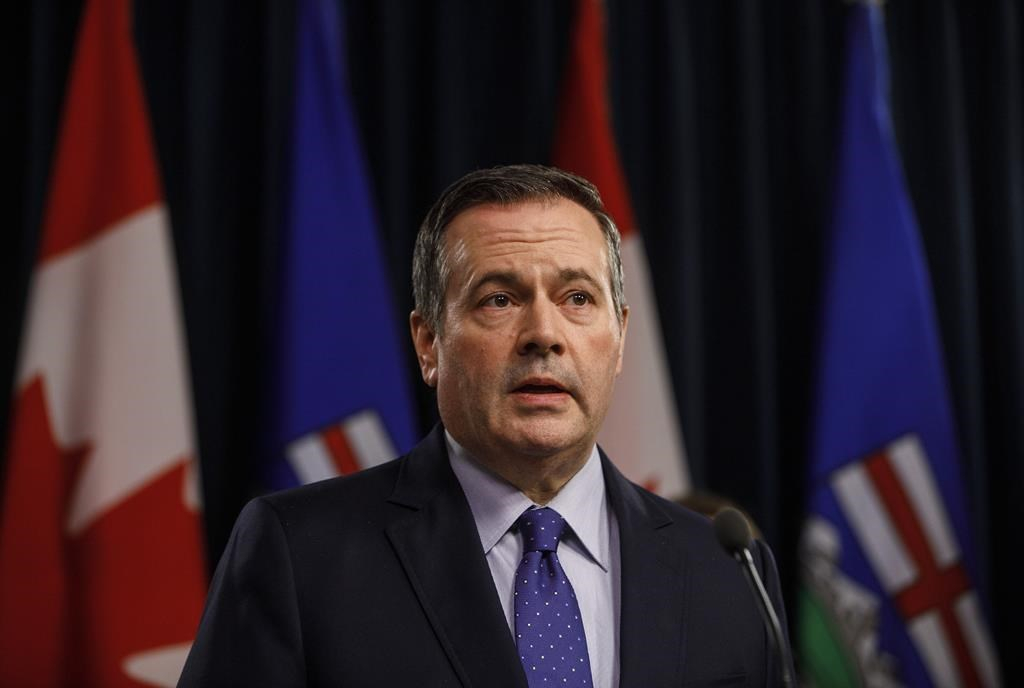 After taking a small step toward reopening its economy last month, Alberta is embarking on a giant leap forward.

Premier Jason Kenney says everything from gyms and arenas to spas, movie theatres, libraries, pools and sports activities are being given a green light as of Friday.

More people will be allowed to book campsites and sit in restaurants at the same time.

Fifty people will be allowed to gather indoors and up to 100 will be able to congregate outside.

Kenney said Alberta has continued to flatten the COVID-19 curve. There are 355 active cases, with 44 people in hospital and five of those in intensive care. There have been 149 deaths.

"The total number of active cases and hospitalizations has continued to decline even as the reopening has expanded and testing has increased."

Most of the services allowed to restart were not scheduled to resume until June 19. Others, such as gyms and arenas, were not expected to open until an unspecified date after that.

Alberta began easing restrictions May 14, when hair salons, barber shops, retailers and restaurants were allowed to open their doors as long as they followed public health restrictions and maintained physical distancing.

There was a one-week delay in Calgary and Brooks due to concerns about comparatively higher case numbers. The Phase 2 reopening Friday applies to all parts of the province.

Among the other activities allowed to go ahead are casinos and bingo halls, community halls, instrumental concerts, massage, acupuncture and reflexology, artificial tanning and summer schools.

After taking a small step toward reopening its economy last month, Alberta is embarking on a giant leap forward.

The 50 per cent capacity for campgrounds is being lifted. All sites are to open for reservations by the end of the month.

There will be no cap on people attending worship services as long as they physically distance and practise proper hand-washing and other hygiene protocols.

Restaurants will be able to open at full capacity, but no more than six people will be allowed per table.

Kindergarten to Grade 12 classes have been cancelled for the remainder of the current year, but are to resume in September.

Major festivals and sporting events remain banned, as do nightclubs and amusement parks. Vocal concerts are not being allowed, given that singing carries a higher risk of COVID-19 transmission.

Dr. Deena Hinshaw, chief medical officer of health, cautioned that even though flat case numbers have allowed the province to push up more easing of restrictions, "we need to remain vigilant."

Kenney emphasized that all of the renewed activities will have to be accompanied by proper physical distancing and other public health protocols.

Alberta says it is among the world leaders in per-capita testing. To find and reduce future outbreaks, people can now be tested for COVID-19 even if they are asymptomatic.

"Even if you do not have symptoms, please get tested as part of this monitoring," said Hinshaw.

Opposition NDP Leader Rachel Notley said it's heartening to see the economy reopen, but Kenney must do more to keep workers safe and to help shuttered businesses remain solvent.

"We need to get people back to work and we need to be smart about it," said Notley. "Many families will be facing hardship for months and years to come."

Kenney estimates Alberta has put up $13 billion in direct aid, incentives and deferrals during the pandemic. This year's estimated budget deficit is expected to triple to $20 billion.

This report by The Canadian Press was first published June 9, 2020