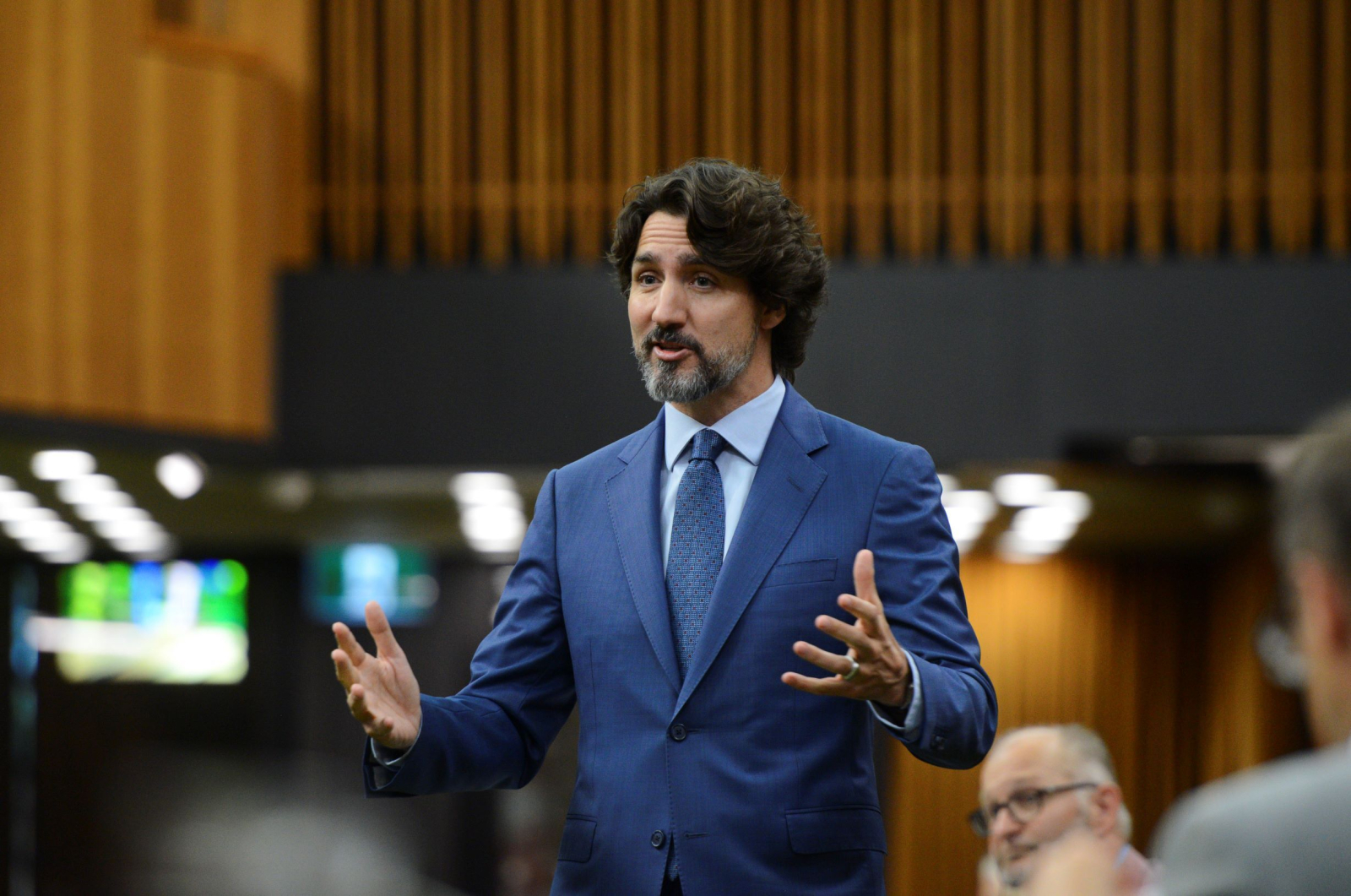 Prime Minister Justin Trudeau speaks during the special committee on the COVID-19 pandemic in the House of Commons on Parliament Hill, June 10, 2020. THE CANADIAN PRESS/Sean Kilpatrick
Previous story

Greens and NDP MPs raised a series of concerns Wednesday about the effectiveness and scope of a Trudeau government bill that would fine or jail people who make fraudulent coronavirus benefits claims, and also enact new aid for Canadians with disabilities.

The government had hoped to debate the bill Wednesday. Government House leader Pablo Rodriguez said at a morning press conference he was “calling on the other parties to set politics aside.”

But throughout the day, all four opposition parties raised concerns with the bill’s contents, or the government’s approach to dealing with Parliament and Canadians this spring.

Without unanimous consent to allow the bill to be debated, it remained stuck at first reading on Wednesday, while the House of Commons adjourned until June 17.

During Wednesday’s sitting, Green Party parliamentary Leader Elizabeth May said the bill, which was circulated to opposition members in draft form four days ago but had not been released publicly, was “unacceptable” and contained “flawed” measures.

“This is a wrong-headed approach to go after people and threaten them,” she said about the measures to crack down on fraudulent claims for the Canada Emergency Response Benefit (CERB). “It attempts to punish people instead of encouraging them.”

Green MP Paul Manly noted how it would provide a one-time payment of $600 to disability tax credit recipients. “People living on (Canada Pension Plan) disability in my riding are surviving on income that is below the poverty line,” he said.

“Many will not receive the one-time $600 payment because they do not receive the disability tax credit. This excludes many people who are struggling even before the COVID-19 pandemic.”

May and NDP Leader Jagmeet Singh both said the disability benefit package would only reach about 40 per cent of Canadians living with disabilities. May said this was due to the structure of the bill, which used the tax credit system to deliver the benefit.

During the sitting, Singh challenged Prime Minister Justin Trudeau to propose a plan to cover the rest.

“The NDP seems to have decided that rather than help 40 per cent, or a significant proportion of people with disabilities, he wants to help none of them, because he’s not going to allow this debate to move forward on this bill,” Trudeau responded.

Greens and NDP raised a series of concerns Wednesday about the effectiveness of a federal government bill that would fine or jail people who make fraudulent coronavirus benefits claims, and also enact new aid for Canadians with disabilities.

Singh also gave an example of an arts worker in Burnaby who he said had no forecast for his job to be reopened, and was dependent on CERB to continue. “We’re asking the prime minister to extend the CERB for families in need. Will the prime minister do that? Yes or no?” he said.

“We will continue to be there for Canadians in the right way. We are engaged with stakeholders, with opposition parties, with Canadians to ensure that we continue to support them the way they need to be,” said Trudeau.

Singh said later that it appeared the government was not even willing to meet him halfway.

The draft version of the bill also proposed expanding the government’s emergency wage subsidy program to include seasonal workers.

The government said it was hoping to use the anti-fraud measures to go after people looking to abuse the system, not those who have made honest mistakes.

Employment Minister Carla Qualtrough, who introduced the bill, also said the disability support payment would “complement a whole suite of measures” already in place, like benefits to students, children and GST payments.

“We want to deal with intentional fraudsters, people who are criminally taking advantage of seniors,” she said about the measures targeting CERB fraud.

Qualtrough added that “members of this House have brought to my attention” instances of fraud “and said ‘Please deal with these.’”

Rodriguez said the Liberals simply wanted to “work with our colleagues in the other parties to allow this legislation to be debated and voted on — just as we have done with the other bills throughout the spring.”

But Conservatives said they wanted the House of Commons to resume its full business duties instead of the format that has been used during the pandemic. And the Bloc Québécois wanted the government to block political parties from taking advantage of the wage subsidy.

“The government has refused to allow this House to do work as it usually would,” said Conservative Leader Andrew Scheer.

Bloc Québécois Leader Yves-François Blanchet also called on Trudeau to table a fiscal update, to understand where Canada was sitting after the rollout of hundreds of billions of dollars worth of emergency aid programs and other supports.

“It’s a pandemic. During a pandemic, you wear your mask over your mouth, not over your eyes,” he said.

After failing to obtain unanimous consent on the bill, the Liberals tried to split it into two bills, one that would deal with implementing the CERB penalties, and the other containing the financial aid measures, but that failed, too.

The Bloc then asked if the House could adjourn, but that didn’t work either.