By Stephanie Levitz | News, Politics
#681 of 1611 articles from the Special Report: Coronavirus in Canada 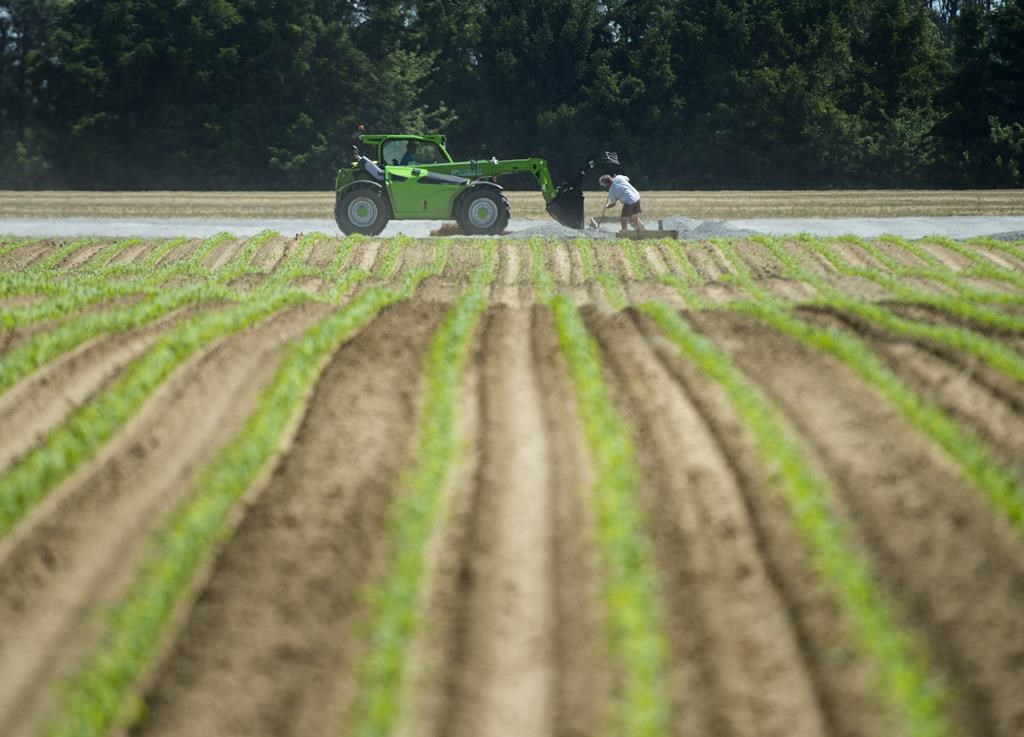 The COVID-19 pandemic shows migrant labourers in Canada can no longer be treated like "throwaway people" as they have been in the past, advocates said Wednesday.

From the asylum-seekers in Quebec working in long-term care to farmhands and those in the food industry, COVID-19 has exposed how essential migrant labour is, representatives of several groups and workers themselves said in an online news conference.

The time has come to reassess how workers, especially those who have been trafficked into Canada or have precarious immigration status, are handled by the immigration system, they said.

"It is work that has been typically undervalued in our country for a long time and the migrants who come to do these jobs are also undervalued," said Natalie Drolet of the Migrant Workers' Centre in Vancouver.

"Very few of them have the opportunity to become permanent residents, even though the jobs they are doing are permanent. Only the people are temporary."

The federal Liberals are working on a program to grant permanent residency specifically to asylum-seekers working in health care during the COVID-19 pandemic.

Most are believed to be in Quebec, part of a cohort of people who crossed into Canada from the U.S. irregularly in recent years to seek asylum here.

For many, their refugee applications are in limbo due to a backlog at the Immigration and Refugee Board and further delays caused by the pandemic, meaning their status in Canada remains uncertain in the long term.

A spokesman for Immigration Minister Marco Mendicino said the government is grateful to refugee claimants.

"We are looking at this situation closely and working with our provincial partners, including Quebec, to see how we can recognize those who are working hard on the front lines to keep Canadians safe and healthy," Kevin Lemkay said in an email.

The COVID-19 pandemic shows migrant labourers in Canada can no longer be treated like "throwaway people" as they have been in the past, advocates said.

Whatever approach the government is taking must be expanded to include all the workers who have been toiling in occupations now deemed essential, including health care but also sectors like food processing, advocates said.

Many are falling ill with COVID-19 themselves, said Leah Woolner, who works with victims of exploitation in Montreal.

Whatever the Liberals are planning for health workers is a good first step but the end must be expansive, she said.

"It must be an equal policy that is inclusive as possible."

At particular risk are those who had previously been trafficked into Canada to work, and are now undocumented.

One worker shared her story Wednesday, using the pseudonym of Maria.

She said she was brought to Canada by her employers under the guise of accompanying them on a vacation. They had lied, and were settling here permanently, though Maria didn't have the appropriate visa. She worked 12-hour days, six days a week, paid only $600 a week, before fleeing in her pyjamas one day to seek help.

Maria was granted a six-month temporary resident permit for human-trafficking victims but could not get hers extended because an immigration official refused to hear all the details in her case, she alleged Wednesday. She is appealing but due to COVID-19, her case is delayed.

In the meantime, she is terrified of falling ill with COVID-19, suffers from post-traumatic stress disorder due to her experiences, and can't move on.

"I feel trapped," she said.

Drolet, and others, say a national standard needs to be applied for trafficking victims that, among other things, removes the amount of discretion individual immigration officers have.

There also needs to be a broader recognition of the fact that while many people think of human trafficking in terms of sexual exploitation, workers in every industry fall victim.

Their cases, however, aren't taken as seriously by police or government, for a variety of reasons, said Shelly Gilbert, who is the co-chair of the anti-trafficking committee of the Canadian Council for Refugees.

But COVID-19 has shed some new light on the issue, she said.

"It's only recently that we've been recognizing that they're in our essential industries, because of COVID-19," she said.

"Before, they were throwaway people."

This report by The Canadian Press was first published June 10, 2020.

By Alexander C. Kaufman & Chris D'Angelo | News, US News, Politics | March 24th 2020
Reports from the Race to a Safer World