By Joan Bryden | News, Politics
#686 of 1327 articles from the Special Report: Coronavirus in Canada 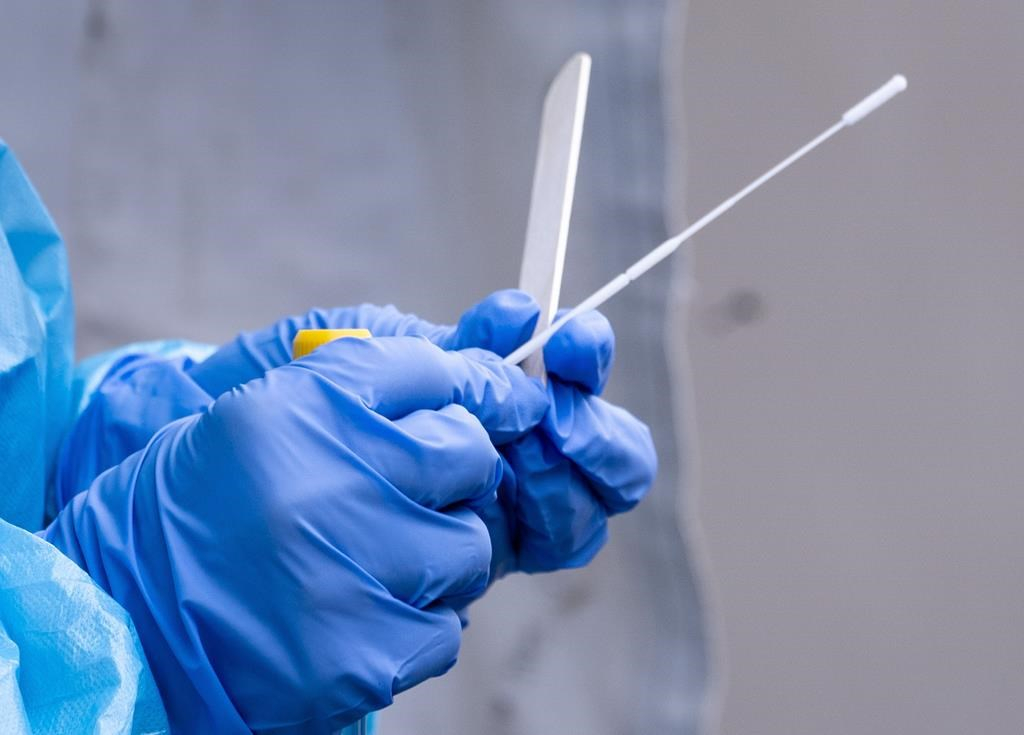 A nurse gets a swab ready at a temporary COVID-19 test clinic in Montreal, on Friday, May 15, 2020. File photo by The Canadian Press/Paul Chiasson
Previous story
Next story

The federal lobbying watchdog is asking for a budget increase to enable her office to modernize the way it registers lobbyists and keeps track of their activities — just as it's seeing a surge in lobbying sparked by the COVID-19 pandemic.

Lobbying commissioner Nancy Belanger says 441 lobbyists have registered with her office to make their case to the federal government on matters related to the pandemic.

Registrations during March were the highest for that month that her office has seen since its creation 12 years ago, she added in an interview Thursday.

Back in December, before the pandemic hit Canada, Belanger said health was the fifth-ranked subject of meetings and phone calls with federal officials, according to the monthly reports lobbyists are required to file on their activities.

During the first three months of this year, lobbying on the subject of health shot up — so much so that it wound up at the top of her office's chart for the entire 2019-2020 fiscal year.

The top federal institutions that were lobbied reflect the push by companies and organizations to press the federal government for emergency aid to weather the health crisis.

Members of Parliament headed the list for the past fiscal year, followed by Innovation, Science and Economic Development Canada, the Prime Minister's Office and Finance Canada.

Belanger, who tabled Thursday her annual report to Parliament, said lobbying activity for 2019-2020 was down due to the federal election campaign before shooting up during the first three months of this year as the pandemic took hold.

"The numbers would have been much lower but for the pandemic, which had really boosted the numbers to the point where I think the month of March is the busiest month of March since the beginning of the lobbying registry," she said.

The federal lobbying watchdog is asking for a budget increase to enable her office to modernize the way it registers lobbyists and keeps track of their activities — just as it's seeing a surge in lobbying sparked by the COVID-19 pandemic.

According to her office, there were 5,854 meetings and phone calls between federal officials and outside consultants, corporate executives and organizations in February and March — up 40 per cent from the same period last year.

Belanger's request for a budget hike is not directly related to the pandemic-induced increase in lobbying. She said she put in the request before COVID-19 began wreaking havoc on the global economy.

Rather, she said she needs some $780,000 more per year to hire five additional employees, primarily specialists in information technology.

Her current budget of $4.5 million has not changed in 12 years and she said 75 per cent of it goes to pay the salaries of her 26 staff.

"So I really don't have much left after that for the operational side," Belanger said, noting that "IT does not get any cheaper."

Her office currently pays for outside consultants to help it keep up with technological advances. They completed a modernization of the registry over the past year to make it more user-friendly for lobbyists and for journalists who report on their activities.

"We are getting the work done but I am getting concerned, as things are getting more and more expensive, that at some point people are doing a lot more with a lot less and something will have to give," Belanger said.

"And I'm not really willing to give up on any part of my important mandate. So I'll keep asking and I hope that the need of the office will be recognized."

This report by The Canadian Press was first published June 11, 2020.

Trudeau nominates Theberge, Belanger as commissioners for languages and lobbying