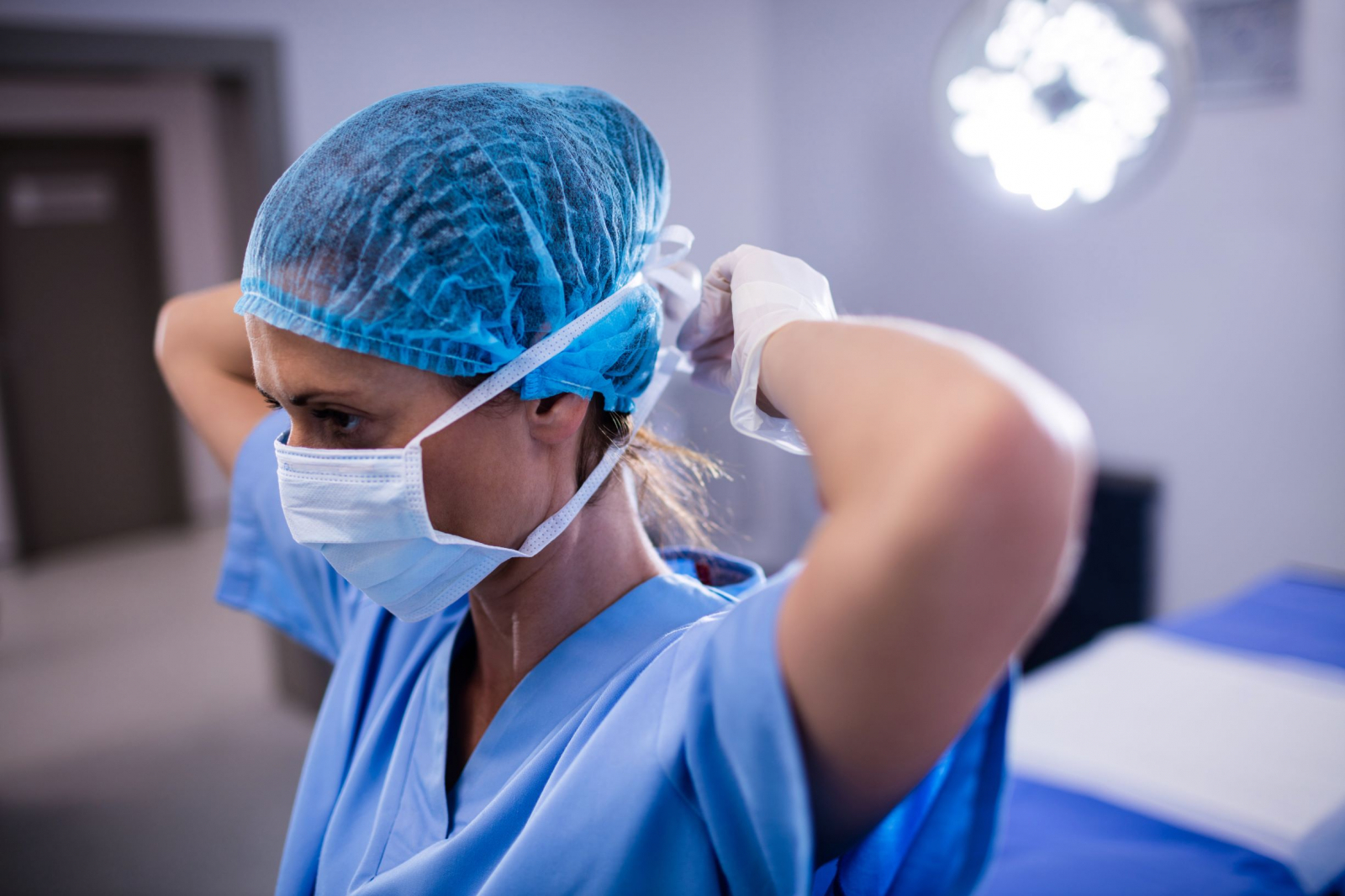 80 per cent of Canadians who lost their jobs in April because of COVID-19 were women. Photo from Shutterstock
Previous story

The COVID-19 crisis is an absolute disaster for women in so many ways — work, income, personal safety, family life.

I hear the construction workers’ jackhammers and power saws droning up the street. Two eight-storey apartment buildings are going up in Schmidtville, my Halifax neighbourhood. Another multi-storey condo is going up a block away.

When a neighbour complained of construction noise on a holiday weekend, the developer curtly dismissed her. He bragged that he was giving men jobs, so their families could eat during the pandemic.

Big of him — and big of the Nova Scotia government.

Thanks to N.S. Premier Stephen McNeil, construction has not slowed one iota since the pandemic was declared. No one seems to worry much about men on construction sites social distancing, hand sanitizing or wearing masks. Thousands of men kept their construction jobs, as did women — but they represent a mere four per cent of the construction trade workforce.

Overall, in these COVID-19 times, men had a statistically better chance to keep working — in construction, trucking, factory production, warehousing and more. But women, whose jobs are overwhelmingly in the service, hospitality and retail sectors, did not.

April’s statistics revealed that 80 per cent of those who lost jobs due to COVID-19 were women, since the service sector has been all but shuttered during the crisis.

Many of the jobs they lost are permanent. If some of the service jobs return, the laid-off women will be competing for those spots with all the unemployed women and men in the “reserve army of labour.”

"April’s statistics revealed that 80 per cent of those who lost jobs due to COVID-19 were women, since the service sector has been all but shuttered during the crisis."

According to David Macdonald, senior economist at the Canadian Centre for Policy Alternatives (CCPA):“The breakdown by hourly wage is the most shocking of all. Half of all those earning $14 an hour or less have been laid off or have lost all their hours. This compares to only one per cent of jobs lost or hours cut among the highest-earning 10 per cent of workers who make more than $48 an hour.”

The truth is, the less you make, the less chance you have to keep your job.

In the 2008 recession, it was predominantly men who lost their jobs. Now it’s women’s turn.

Nearly 300,000 women in Canada aged 25 to 54 lost their jobs in March alone. In April, the unemployment rate overall was 13 per cent. The last time unemployment was this high was in 1982. Prior to that, we’d have to jump back to 1936 — to the middle of the Great Depression — to see unemployment this high. As the CCPA’s Macdonald explains, “Put another way, all jobs created since October 2005, 15 years ago, have been lost by April 2020.”

The N.S. government, and governments in all provinces, want to “open the economy” — albeit carefully. After two months of lockdown, the N.S. government is encouraging employers to manage a slow return to work. This means employers must ensure proper distancing between employees, regular sanitization of all surfaces and equipment, and monitoring workers’ health.

Women often work in clerical and admin support jobs. It’s almost impossible for them to distance when they have to ride elevators many times a day, and share equipment, such as photocopiers, stationery, phones, files, computers and printers.

In the COVID-19 crisis, women have had to bear the burden of risk, especially the dangers inherent in their work as caregivers.

And example is Northwood, a public long-term care home in Halifax. Northwood’s CEO and N.S.’s Premier Stephen McNeil are keeping a tight lid on the situation there. According to one news source, the facility reported 15 active cases of the virus among residents and four active cases among employees. Overall, Northwood has seen 342 cases of COVID-19, involving 244 residents and 98 employees. Fifty-three residents have died at Northwood and that figure accounts for 90 per cent of coronavirus deaths in N.S.

McNeil is categorically rejecting the demand for a public inquiry.

Of the 400-plus people employed at Northwood, the overwhelming majority are women: nurses, personal care workers, food service staff, and cleaners. Many of these workers are African-Nova Scotian, others are racialized or new Canadians.

These women — who earn $17 to $21 an hour — worked for weeks without proper PPE (personal protective equipment) and spent long shifts helping and comforting ill patients. For months, the deaths from COVID-19 kept mounting at Northwood. But neither the premier nor the chief medical officer of health seems to be able to adequately address the situation or make it safer for the care staff, who must return to their families after their shifts.

In early May, a grudging Premier McNeil announced a “pandemic bonus” for long-term care workers. They will get an extra $2,000 (basically a bonus of $500 a month) if they worked steadily in long-term care from March to July.

While the bonus covers nursing home workers, it does not cover those who work as essential staff in residential care (small options homes) in the province.

This is a situation that angered Louise Riley, the head of the Canadian Union of Public Employees long-term care committee:“We would like to see ... a living wage every day ... If you can do it in a pandemic, you should be able to do it all the time. Make it a meaningful change.”

The "warehousing" of people

The "warehousing" of people unfortunaate enough to be consigned to Long Term Care/ institutionalization is a position of failure on many fronts.
Societal failure to acknowledge the need for better care options for the elderly, the chronically ill or disabled, the chronically institutionalized, the needlessly incarcerated....
Political failure inevitably follows the societal failure since politicians are almost never leaders in respnse to social ills (if not actively involved in creating the social failures!)
Professional failure to address and make known the internal failures of their own professions and specialities, the internal competition for resources, the unwillingness to collaborate or to share research, knowledge, best practices, etc.
The failure of the hapless "consumers" to address their own health issues, to acknowledge their own mortality and make provision against dire outcomes...
The greed of humanity that has made systemic maltreatment of selected scapegoats the dismal outcome of human evolution.