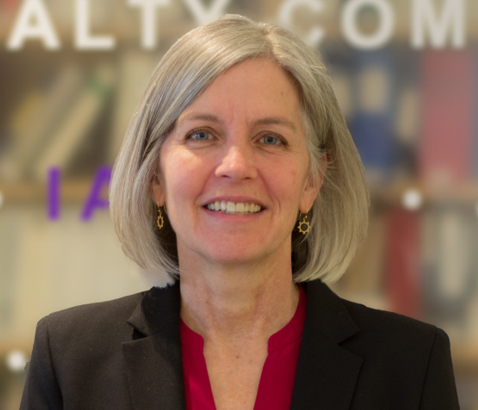 Mary Birdsell, the executive director of Justice for Children and Youth, worries that youth in the criminal justice system have lost access to mental health and other supports due to COVID-19. Photo via Legal Aid Ontario
Previous story

With Ontario’s largely shuttered justice system likely to face a backlog of cases once in-person hearings resume, lawyers for youth say prosecutors are showing leniency in some matters.

Since courts were shuttered in mid-March due to COVID-19, lawyer Emma Rhodes said she has had several cases relating to breach of bail withdrawn, or downgraded from performing community service to writing an essay.

“Everyone is taking a look at their cases and deciding which ones should be prosecuted,” said Rhodes, a criminal justice lawyer who works mostly on cases involving youth accessing legal aid.

“There’s a very different triage system happening now,” she said. “I think it’s an excellent thing, and if something shouldn’t be prosecuted now, perhaps it shouldn’t have been prosecuted ever.”

But the pandemic is also complicating their ability to represent their underage clients, with trials facing delays and bail hearings via conference call making it impossible to discreetly discuss terms.

“Those quiet questions, or asking whether... certain things will work, you can’t have those private conversations anymore,” Rhodes said. “That’s difficult.”

Mary Birdsell, the executive director of Justice for Children and Youth, said one of her biggest concerns was that youth facing charges who also deal with challenges related to mental health or homelessness, for example, have lost access to many services.

Still, she said prosecutors are collaborating with defence lawyers to keep cases moving.

“Crown attorneys are arranging to have disclosure packages delivered to counsel. That’s happened to me personally,” she said, adding prosecutors and judges are also making themselves available for discussions about how matters should be handled.

When she raised concerns about possible delays in one of her cases heading to trial, the court arranged for a judicial pretrial meeting via phone within a week.

“I am worried about things getting dragged out, but the prosecution side will also be worrying about things dragging on longer than they might otherwise because that creates a constitutional risk.”

Lawyers who work in Ontario's youth justice system say prosecutors have shown more leniency during the pandemic-enforced shut down of the province's courts as they face a backlog of cases.

A Supreme Court of Canada ruling from 2016 tightened the rules on how long court processes can last, and Ontario’s Youth Criminal Justice Act makes clear that underage accused should not face extended trial processes.

Between 2017 and 2018, an average of 275 youth under the age of 18 were held in detention in Ontario, while another 2,478 are serving some form of community service, according to Statistics Canada data.

Nicole Myers, an associate professor at Queen’s University who researches the criminal justice system, said there have been concerns that judicial delays make it more likely that accused, and especially youth, agree to forgo their right to a trial and instead plead guilty — an option that remains open at this time.

She said the pandemic was making prosecutors more closely consider questions that advocates argue should have always been front of mind, such as whether an accused was likely to receive a custodial sentence, and if not whether they should be detained ahead of trial.

“Custody is always dangerous, but is now especially dangerous and risky for health reasons,” Myers said. “And we’re not setting up any trials, so this trial wait period is not just long, it’s indefinite.”