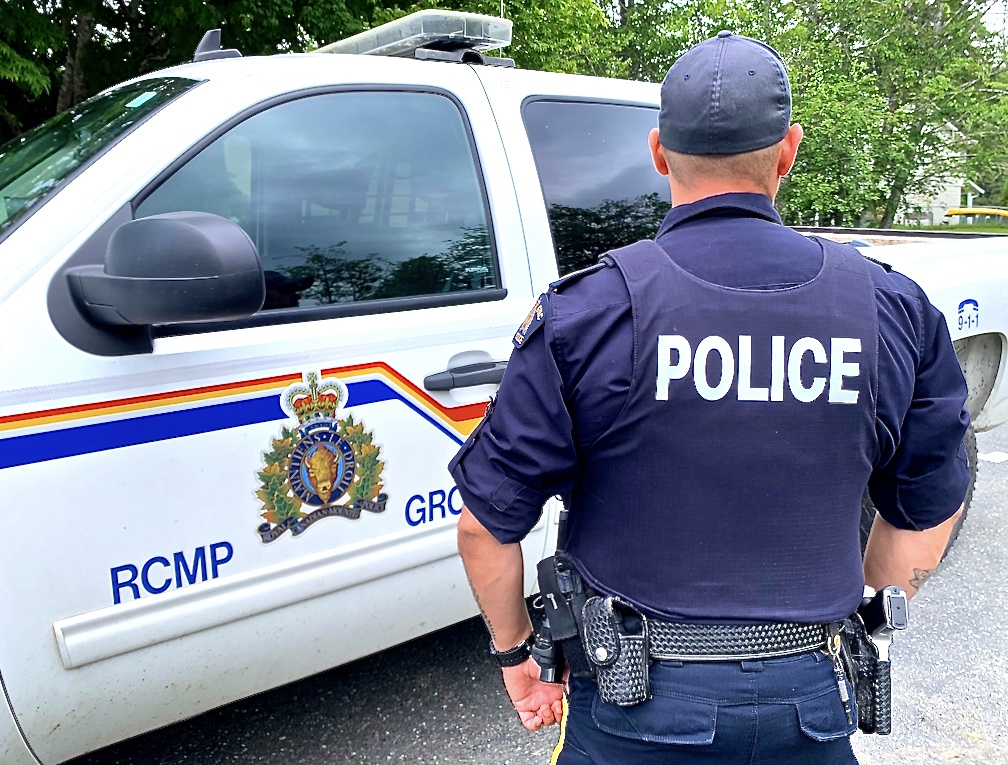 Two Quadra Island residents are lucky they weren’t injured or killed after a high-calibre bullet tore into their home Friday night, RCMP say.

“They were very shook up, obviously, as everyone would be if you find a bullet hole in your home,” said Cpl. Sean Bulford, Quadra Island RCMP detachment commander.

The homeowners reported hearing a loud bang followed by a noise inside their house, which they initially believed was something falling over, said Bulford.

However, the next morning they noticed wood chips on the floor near a reclining chair and a hole in their ceiling.

They then discovered a bullet inside the recliner that one of the residents typically uses in the evenings — and had been sitting in about an hour before the incident.

“They could easily have been killed or hurt,” Bulford said.

The home is in the Grouse and Cape Mudge Road area.

Firing a high-calibre rifle — geared for greater velocity and distance — at night on the island’s more populated south end is reckless and bound to put people, animals, vehicles or homes at risk, said Bulford.

“It’s just really a careless, careless use of a firearm,” he said.

“There were two adults in the residence, but there are many families with children living around that area, too,” he stressed.

“They were very shook up, obviously, as everyone would be if you find a bullet hole in your home,” Cpl. Sean Bulford, Quadra Island RCMP detachment commander after a high calibre bullet tore through a home on Friday night.

RCMP have received 12 complaints of shots fired on the island in 2020, with most happening at night and appearing to occur in two areas near Cedar Road or Lighthouse Drive, Bulford said.

The Mounties are investigating and canvassing the neighbourhood, said Bulford, adding police don’t believe the residents or the home were targeted.

“It’s likely somebody is poaching or goofing around with a rifle,” he said.

Some of the shots reported this year may have taken place in the Kay Dubois woodlot area, Bulford said.

“We suspect poaching because of the time of night around the reports we’ve received,” he said.

“There’s a technique, called pit lamping, where you go and shine a light in a deer’s eyes at night, and it freezes and it’s easy to take down.”

The danger is a hunter at night can’t see what’s behind their target and may shoot up and over the crest of a hill, Bulford said.

And a high-calibre bullet, which can travel a significant distance, will gain speed and momentum as it arcs downward again, Bulford added.

The same applies if someone is carelessly setting up cans or targets and taking potshots on their large rural property without ensuring they are firing into safe backdrop or berm, he said.

Regardless of the scenario, the RCMP can, at the very least, pursue a charge of careless use of a firearm if a suspect is identified, said Bulford.

Sgt. Scott Norris of the B.C. Conservation Officer Service (BCCOS) agreed that using firearms at night can result in a raft of charges and violates the fundamentals of firearm safety and conduct.

“First and foremost, any time you are firing a gun in the dark it’s inherently unsafe,” said Norris.

“But then you’ve got lots of issues that overlap there with … somebody pulling a trigger at night.”

Hunting at night, using lights and hunting out of season are all offences under the Wildlife Act, said Norris.

Additionally, people are not allowed to use firearms within 100 metres of most structures, including houses, barns, schools, and churches, he said.

Plus, poaching deer at this time of year when does are having fawns endangers the entire population.

“Hunting at night makes wildlife an easy target, and makes them vulnerable to population decline, so it’s easier to overharvest,” he said.

People may not think it’s a big deal to poach deer because there are so many of them, but it’s misguided, stressed Norris.

“It’s a slippery slope from too many to too few,” he said.

“It’s a dangerous mentality. There were millions of buffalo and passenger pigeons at one time, too.”

“The main thing is at night, you don’t know what your backstop is,” said Popplestone.

“It’s very, very unsafe both for humans and the animals.”

Hunting at night increases the risk an animal will be wounded and run off, he added.

Legitimate hunters respect season openings and focus on hunting bucks, so they don’t endanger a population, he said.

But hunting at night with a light makes it near impossible to determine if you are shooting a doe or buck, especially as young bucks’ antlers are just starting to emerge, he said.

“You are using a flashlight to see eyeballs, not antlers,”Popplestone said. “So you don’t know what you are shooting.”

If you shoot a mother deer, you put fawns in jeopardy, too, he stressed.

“If you’re shooting a doe, you are also shooting future generations,” Popplestone said.

It’s also terrifying, said Quadra resident Marc Doll, whose family farm is in the immediate neighbourhood where the bullet struck the home.

“I drew a breath in shock when the officer told me,” Doll said, adding RCMP visited his home Saturday while canvassing neighbours for information.

It’s not unusual to hear gunshots on a rural island like Quadra, Doll said, adding surrounding farmers might be dispatching livestock.

“But shooting a high-power rifle where you could kill somebody, that’s a whole different kettle of fish,” he said.

Doll also reported gunshots to RCMP several months ago when the discharge was so loud, it sounded like it was coming from his property, he said.

He’s incredulous someone would be so careless.

“I’ve got kids … and now we have somebody who’s being an idiot with a gun and who could kill somebody,” Doll said.

“I would hope the person responsible realizes how close they came to serious consequences, and they put their gun away.”