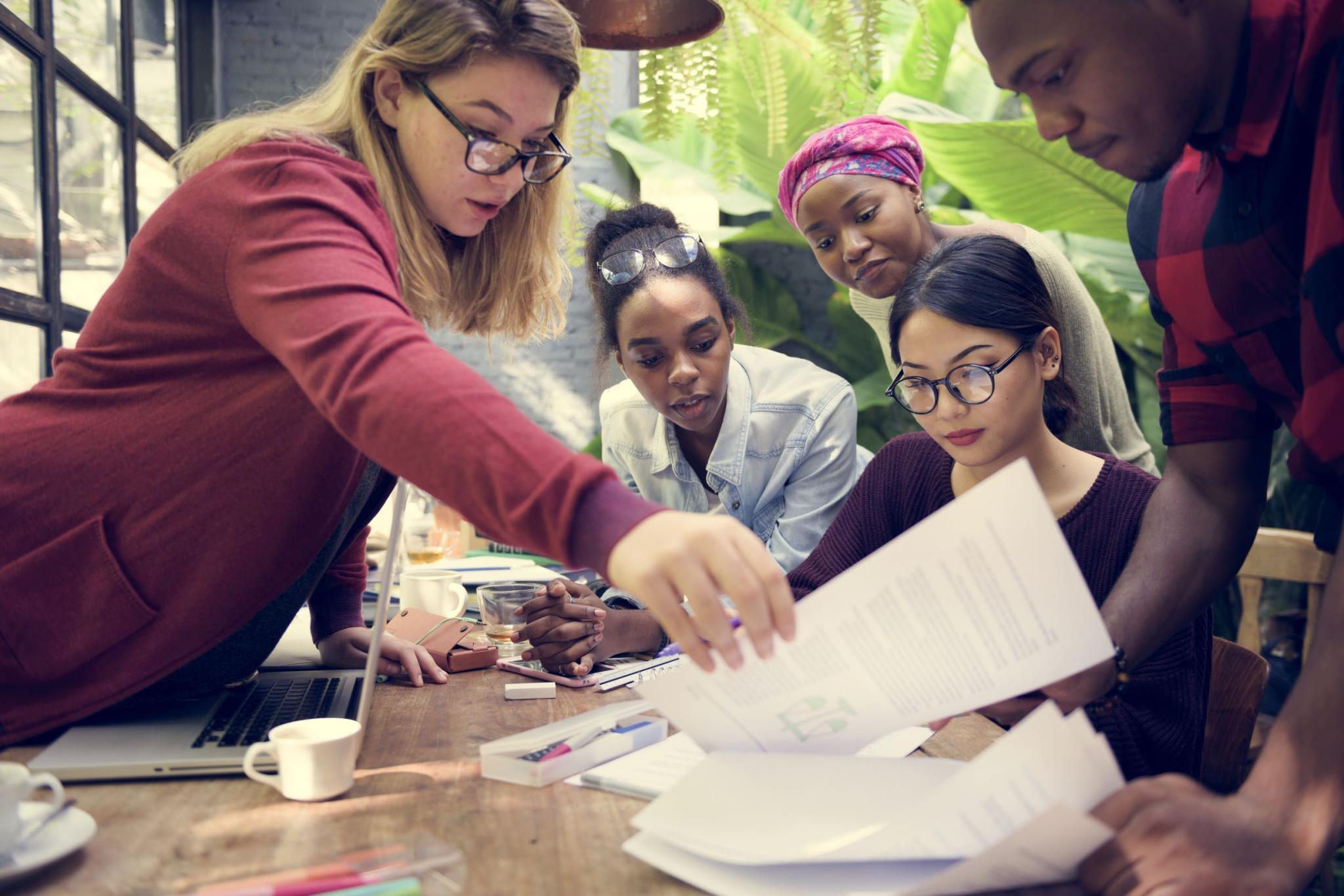 More than 90 per cent of both men and women surveyed agreed things should be equal between men and women, but they aren't. Photo by Shutterstock.
Previous story
Next story

Note from Bruce Anderson: As chairman of Abacus Data, I wanted to do some survey work to update our understanding of how Canadians see issues of gender equality. I felt it important that the analysis of this data not only come from a male (and a baby-boom generation) perspective. I was delighted when my colleague Roselie LeBlanc, account manager at Spark Advocacy, agreed to look at our survey data and provide her take. Mine follows below hers — and hers definitely helped me improve mine.

There was a time when we all thought we were invincible. That we could say and do anything. But it seems, at some point, that changes for girls.

Bit by bit, that is eaten away as we are reprimanded for being too bossy, the same trait encouraged in male counterparts. As we’re told we can’t go for a walk down the street alone at night, even though when our brother was the same age he was allowed — because it isn’t safe for a girl. As we watch the media focus on what a woman is wearing rather than the words she is speaking.

And these things add up until we sit quietly in the classroom while the men around us raise their hands to answer questions. Until smiling through a colleague mansplaining back to us what we’ve just said becomes second nature. Until we’re so used to being treated as less than, that we start to believe it.

That’s why I needed a quadruple take when I saw recent polling, conducted by Abacus Data, showing that in Canada today almost 50 per cent of Canadians think that rights and opportunities in Canada are equal for both men and women.

That reason is that as much as we’d like things to be equal (more than 90 per cent of both men and women agreed with this), they aren’t.

"Equality needs a firmer push, because those who have power often don’t give it up that readily, even to someone better qualified." Bruce Anderson, chairman of Abacus Data, said.

In 2018, women employees aged 25 to 54 earned 13.3 per cent less per hour on average than male employees and women are still substantially less likely than men to move from middle management to executive ranks.

And when you look across this country at our elected leaders, a sea of men’s faces stare back. In total, Canada has only ever had 12 female premiers, the first being Rita Johnston of B.C. in 1991. In that same timeframe, since the first female premier, there have been more than 75 male premiers. Needless to say, this isn’t great.

Federal politics is a similar story. In 2019, there were more women MPs elected than ever before, but that is still just 29 per cent of the seats in the House.

When you think about the qualities of a good leader the ability to handle stress, to be a hard worker and to be able to make hard decisions typically would rank pretty high.

Abacus Data’s polling shows men believe they are more hard working (56 per cent), better able to handle stress (55 per cent), and better able to make hard decisions (69 per cent) than women. And while women rank themselves higher in these same areas, the problem lies in the fact that men are the ones in positions of power in this country.

In 2016, more than 4/5 of all leadership roles were held by men, and women held fewer than 20 per cent of director seats on boards of directors. If the majority of men tend to think that other men have more typical leadership qualities, who are they more likely to promote? No wonder progress is so slow.

While there is an agreement by both men and women that both the genders should be equal, the knowledge around where equality currently stands in this country is lacking. How do we make change if we don’t realize we need it?

If we’re aware there is inequality and we acknowledge that it’s wrong, then let’s teach everyone how to remove the barriers and then take action to do so.

It’s not enough to talk about it, it’s time to do something.

When I first studied politics, we were taught that if you wanted to know how a woman was likely to vote, find out how her husband was voting, and you’d have a pretty good idea. In the first election I was eligible to vote, in 1979, fewer than 15 per cent of the candidates, and fewer than five per cent of the winning candidates, were women. Last fall, 98 women were elected, which sounds like progress.

Except that 29 per cent of the men who ran for office (for one of the five major parties) won, compared to a 16 per cent success rate for women.

What makes this continuing disparity all the more remarkable, and disappointing, is that it has nothing to do mainstream beliefs about whether men are superior to women.

Majorities of both men and women think women are smarter, more competent, more thoughtful about the future and more compassionate.

Majorities say women are better able to handle stress and work harder. Many men clearly see an aptitude and performance gap — but not the one we would have expected in this type of data not very long ago. Today, many men know that women are better prepared and outperforming them.

Alongside these numbers men and women both agree that opportunity should be equal. Only a meagre five per cent believe men should have advantages over women, and I can tell you that wasn’t the psyche when I was growing up.

But things aren’t equal yet.

A third of men and almost half of women say men still have the upper hand in Canada. A quarter think that will still be the case 10 years from now — and 20 years from now — reminding us of just how stubborn these patterns of thought and action can be. And to be clear, these gaps are about women generally — the barriers to women of colour, Indigenous women, and those who face other forms of additional discrimination are even more dispiriting.

The results — to my eyes — are mostly frustrating, but with a few encouraging signs. On the one hand, ridiculous, patriarchal stereotypes of women have been replaced by a modern take that reverses — not just improves upon — the chauvinistic standards that existed forever in many societies. (I’m not “pro” stereotyping, just pointing out that modern stereotypes of women are better than those of men.)

According to these numbers, women don’t need to persuade anyone that they are up to the job. The barriers have less to do with who can do the job, and more about who decides who will get the job.

Given this, when organizations establish appointment quotas to ensure equality in practice, not only as an ideal, they are recognizing that being ‘good’ isn’t good enough to ensure equal treatment.

Equality needs a firmer push, because those who have power often don’t give it up that readily, even to someone better qualified.

I know some men will look at these numbers and want to believe that the barriers for women are resolving over time. But I also know that’s a comfortable take, and if I were a woman, I don’t know why I would be OK with that.

Things are a lot better than

Things are a lot better than they were in the sixties and seventies, when I was a teenager and young woman, but there's a long, long way to go. We won't achieve equality until men take responsibility for their behaviour in the critical areas of education and employment, domestic responsibilities, and--crucially--misogynistic violence. Too many men have yet to analyze their sense of entitlement and still live in an infantilized condition, expecting their physical needs and desires to be catered to by women. And women are still brainwashed into believing that they are nothing if they're not considered (by patriarchal standards) good-looking and sexually attractive, which generally means becoming obsessed about their bodies, slathering toxic goop on their faces, and wearing uncomfortable clothes and shoes. Let's try to transcend this b.s., which is harmful to both men and women. The roles dictated to men make them unhappy, too.

Just heard a radio interview with Caroline Criada-Perez on Science Zone Radio, about her book *Invisible Women: Exposing data bias in a world designed for men*, 2019. It's not podcast, alas, but this summarizes some of what she's said so well:
https://www2.deloitte.com/au/en/blog/diversity-inclusion-blog/2019/invis....

I'm reminded, too, of a "Hagar the Horrible" cartoon from long years ago. His wife Helga asked him why he was so against with women being equal to men. He said that, if they were equal, then just one small tiny step further, and they'd be ahead, so they have to be kept back.

Women never stop at equality - it is like a hostile takeover when they hit 51%. There are no male medical people in my local hospital. Most university grads are women. Family court and the Police force belong to women. They get most of the health care, and easier access to benefits. Meanwhile, we deliberately ignore twice as many missing and murdered indigenous men as women.
Racial equality is the wrong analogy for gender relations. Every critter on earth has to determine both species and gender to know how to behave with a stranger, and those subconscious circuits never stop working, however civilized we try to be. We are built to be symbiotic, with win-win relationships. Seeking parity, we can trade off and each get more of what we prefer.