Feds will push back against any new U.S. tariffs on aluminum, Duclos says 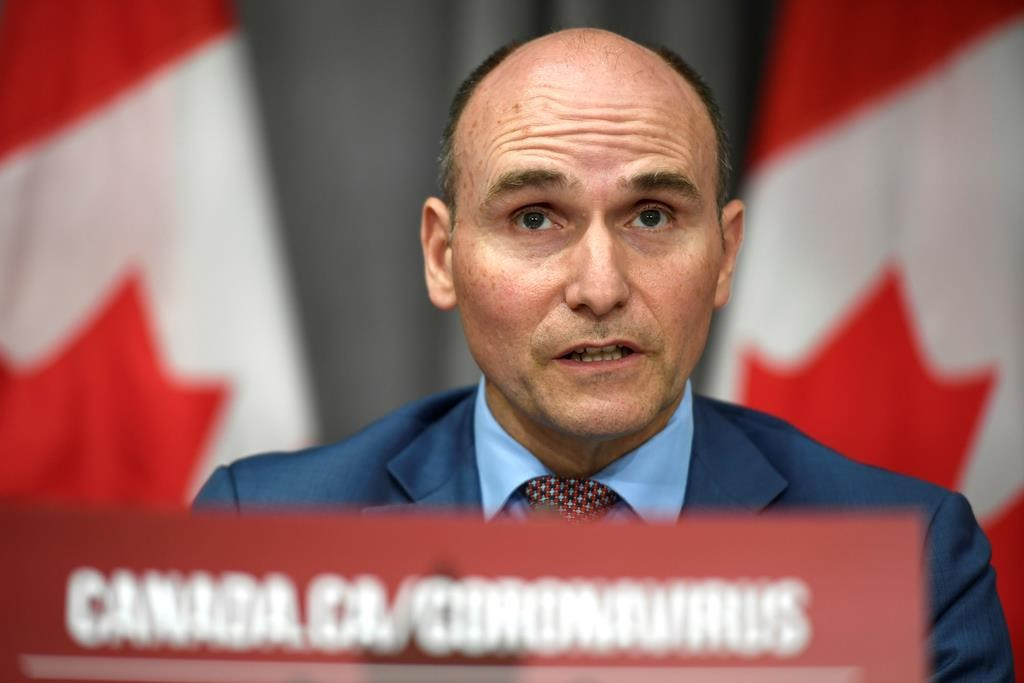 President of the Treasury Board Jean-Yves Duclos speaks during a news conference on the COVID-19 pandemic on Parliament Hill in Ottawa, on Monday, June 22, 2020. File photo by The Canadian Press/Justin Tang
Previous story
Next story

Treasury Board President Jean-Yves Duclos said Tuesday federal officials will push back against any new protectionist effort by Donald Trump to impose tariffs on steel and aluminum, making the case that Canadian aluminum is no threat to the American market.

Duclos was responding to a report from Bloomberg saying the Trump administration is planning to impose a 10 per cent tariff on aluminum imports from Canada.

Duclos would not say whether the government is aware of a new round of tariffs impending, but said the threat of protectionism still exists and the risk becomes bigger in the wake of the COVID-19 pandemic.

"We all are aware of the protectionist attitudes and actions of the last few years in the context of our relationship with the United States," Duclos said during a midday briefing Tuesday.

He said the Canadian government had worked hard to secure a new North American free trade agreement — and end the previous round of tariffs against imports of aluminum and steel from Canada — but warned of the need to remain vigilant.

"We need, as Canadians, to be mindful of the fact that protectionism still exists and in fact runs the risk of being even bigger and being an even greater threat as we emerge from the COVID health and economic crisis," Duclos said.

"This being said, we use every opportunity to make our neighbours and our friends and trade partners understand that it is to the joint benefit of everyone to keep the flow of goods and services open and strong, because we all gain from that."

The last time the Americans imposed such tariffs, the federal government imposed reciprocal tariffs on a slew of U.S. products crossing into Canada before both sides backed down.

Duclos said the Canadian government has fulfilled its end of the trade detente by ensuring Canada isn't a conduit to the U.S. for cheaper overseas metal.

"We firmly believe that Canadian aluminum exports to the U.S. aren't hurting the U.S. market in any way," she said during a virtual event, adding the two countries have been having "constant dialogues" on the issue.

Treasury Board President Jean-Yves Duclos said Tuesday federal officials will push back against any new protectionist effort by Donald Trump to impose tariffs on steel and aluminum, making the case that Canadian aluminum is no threat to the American

"We're emphasizing with our American friends the fact that we have this deep, mutually supportive industry and that far from being harmful to the American aluminum sector, our aluminum exports are indeed a great help and benefit."