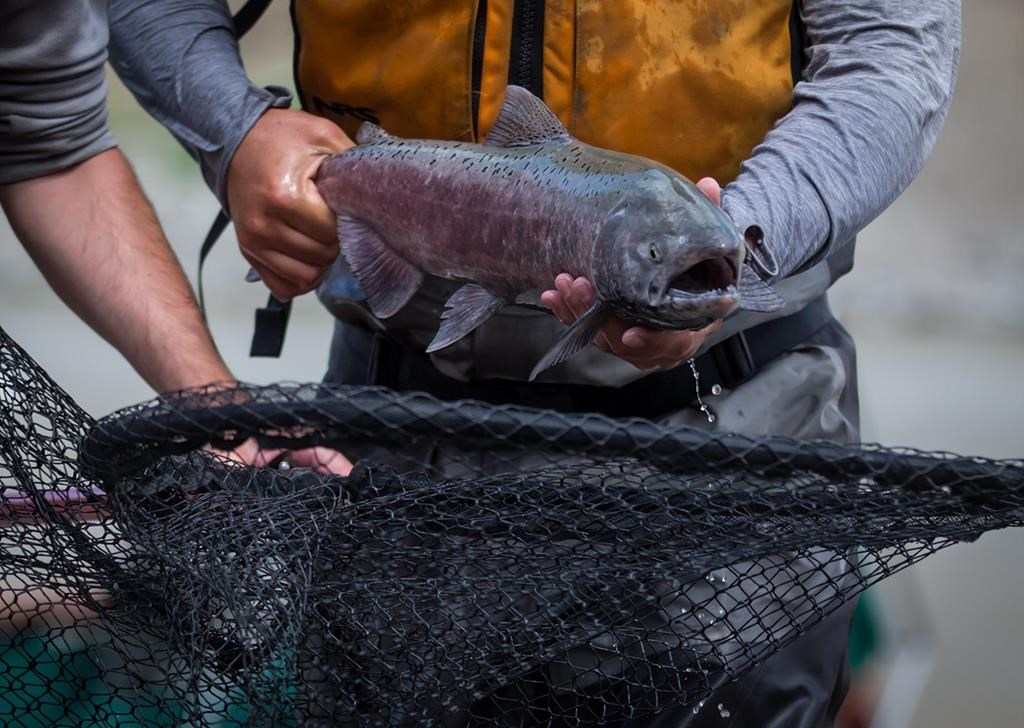 But Gwil Roberts, who's the director of the response to the slide for Fisheries and Oceans Canada, said very few fish have arrived because of abnormally high snow packs around the Fraser and its tributaries.

Early runs of chinook can begin arriving in the area in late May, but the fish seem to be moving more slowly this year, Roberts said during a briefing on Wednesday.

"What we were prepared for was the earlier arrival of chinook but it looks like they're arriving later than planned," he said.

"In years where there is less water in the Fraser, fish are making their journey at a more rapid pace. So, we've seen a bit of that slow down this season."

It's believed the slide north of Lillooet happened in late fall 2018, but it wasn't discovered until last June after fish had already begun arriving at the site on their journey to spawning grounds.

Earlier this month, officials with Fisheries and Oceans told a House of Commons committee meeting that early runs of Stuart sockeye and chinook salmon were devastated last year.

Plans are now in place to significantly increase the number of fish that survive using several methods, including the so-called salmon cannon and a series of boulders arranged to create pools for the fish to rest, which should be viable later in the season when the volume of water drops.

Sonar monitoring shows 30 fish have arrived near the slide so far and three have moved into a fish ladder that guides them into the pump system, said Roberts.

Contrary to the term cannon, the system deposits the fish gently upriver, he said.

The initial system has two tubes that run along the side of the river canyon wall for about 160 metres and more tubes to accommodate a variety of fish sizes will be installed in July, said Roberts.

Six fish appear to have made it past the slide on their own, he added.

Roberts said it's assumed those were larger, stronger chinook that made it past the rock slide and five-metre waterfall on June 14 when the water volume was low enough.

Chinook are also a traditional food source and ceremonial fish for Indigenous communities and they're prized by anglers for their size and strength.

As part of the latest measures aimed at rebuilding salmon stocks, some waters near the mouth of the Fraser River were closed to fishing and chinook longer than 80 centimetres must be released.

By The Canadian Press | News, Politics | January 14th 2020
State Of The Animal

Whatever it takes...
Humans have been responsible for the devastation of Salmon stocks. We owe them our best efforts.