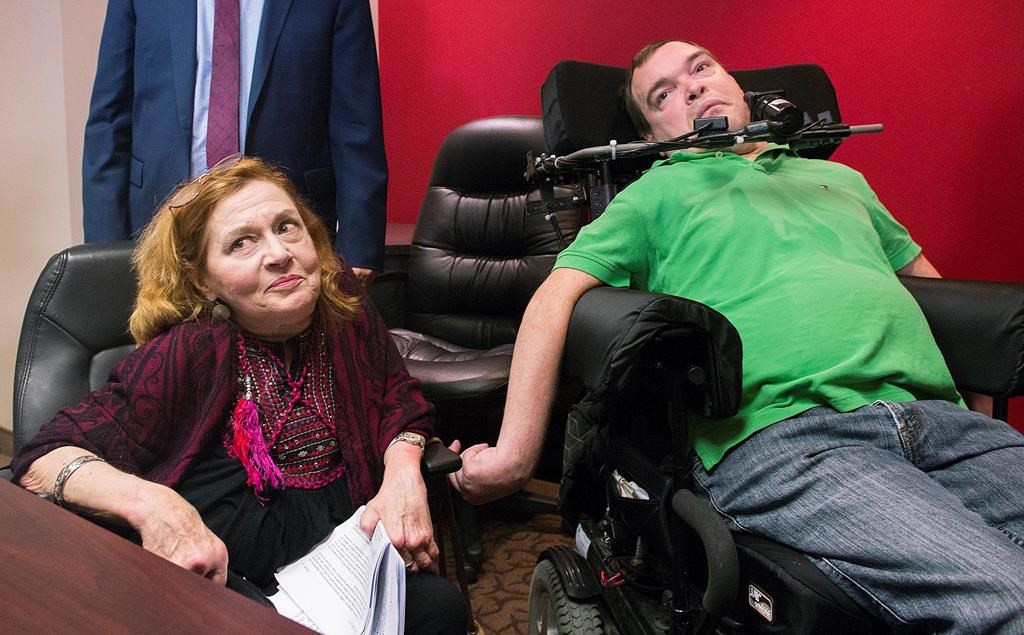 Quebec Superior Court has granted the federal government a five-month extension to revise its legislation on medical assistance in dying, giving Ottawa until just before Christmas to conform with a provincial court ruling.

In a written decision released Monday, Justice Frederic Bachand wrote that Ottawa will have until Dec. 18, 2020, to make the necessary changes — allowing a delay requested by federal lawyers last week.

It's the second extension granted by the Quebec court since it found parts of both the federal and provincial legislation unconstitutional last fall.

That ruling struck down a provision that allows only individuals whose natural deaths are "reasonably foreseeable" to be eligible to end their lives with a doctor's help.

The federal government had sought a previous four-month extension of the deadline to July 11, citing the federal election last fall.

A bill revising the federal law was still at the initial stage of the legislative process when the House of Commons adjourned due to the pandemic in mid-March.

"Unless the COVID-19 pandemic leads to another interruption of parliamentary work, this extension will ensure that Parliament will have a total period of six months, which is in accordance with the decision by Justice (Christine) Baudouin," Bachand ruled.

The COVID-19 pandemic and the interruption in Parliament's schedule — only scheduled to resume regular sittings in September — made it impossible to be ready for the July deadline.

The judge declared unconstitutional the “reasonably foreseeable natural death” requirement of the Criminal Code and the section of the Quebec law stating people must “be at the end of life.”

She suspended that decision for six months to give the federal and provincial legislators time to modify their laws.

Quebec Superior Court has granted the federal government a five-month extension to revise its legislation on medical assistance in dying, giving Ottawa until just before Christmas to conform with a provincial court ruling.

The Quebec government simply allowed the provision to drop, but the federal government is still working on its legislative changes.

Under the proposed bill, reasonably foreseeable death would no longer be an eligibility requirement for an assisted death. However, Canadians whose natural deaths are not imminent would still face more restrictive conditions than those who are considered near death.

In the interim, Bachand followed a previous ruling by Baudouin saying those who meet the other criteria for the procedure but whose natural death is not "reasonably foreseeable" can apply to a court for an exemption to receive an assisted death.

Initially, the ruling had called for changes to come into effect by March 11. With the two extensions, the total grace period will now be 15 months, but shouldn't raise any problems as it wasn't contested either time.

"Interested persons will continue to be able to benefit from the constitutional exemption granted during the first extension," Bachand ruled.

Truchon and Gladu both received such exemptions at the time of her initial ruling and Truchon followed through with a medically-assisted death in April.

In a final letter, he said he decided to push up his chosen date in June due to the COVID-19 pandemic.

This report by The Canadian Press was first published on June 29, 2020.