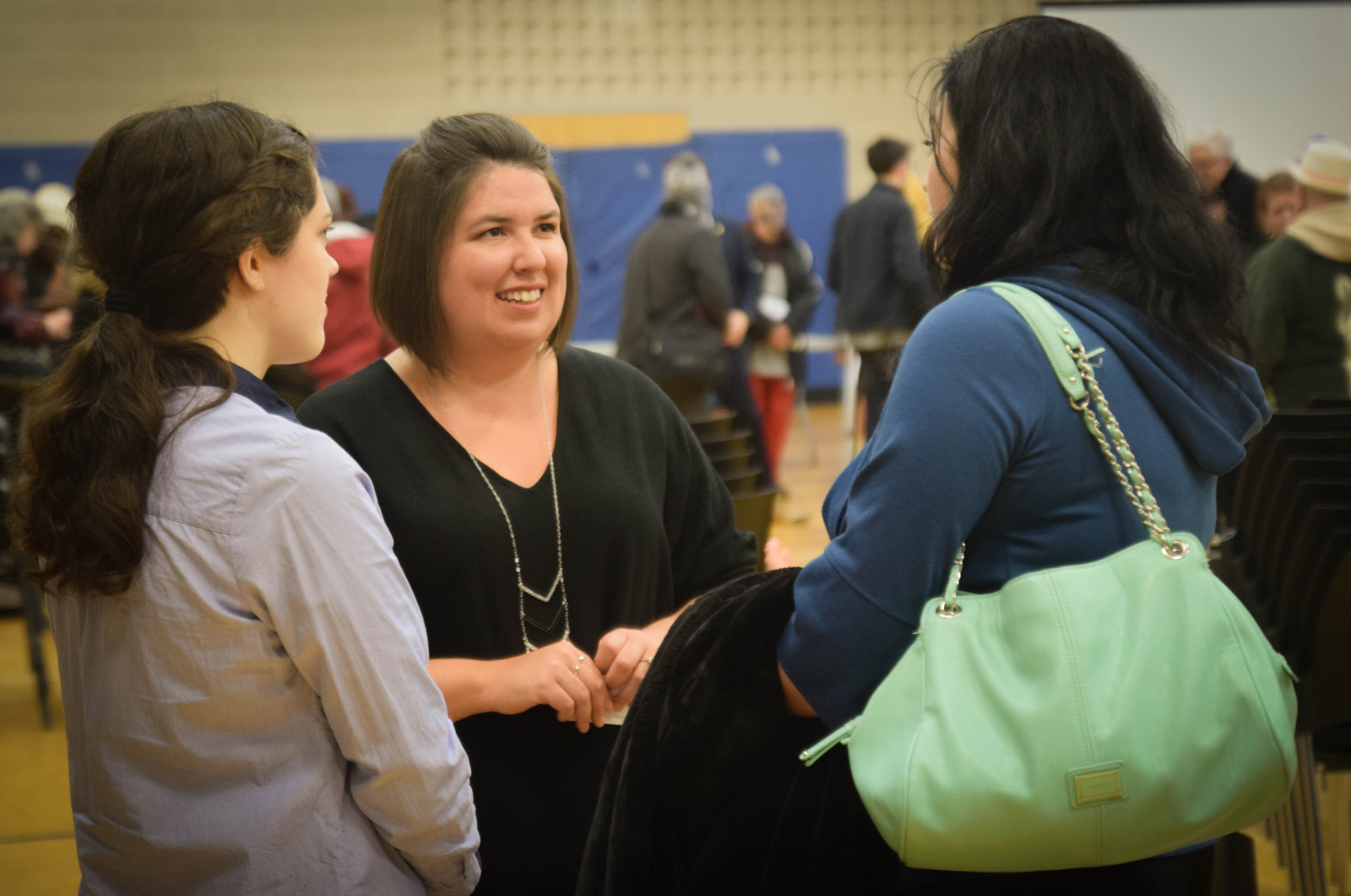 The NDP's Suze Morrison speaks with residents at a tenants event in February 2019 following a fire in a St. James Town apartment block. Photo courtesy of the Ontario NDP
Previous story

The Ford government amended its new tenancy law this week in a move the Opposition NDP says will make it even easier for landlords to evict tenants hit by job loss or other pandemic-related troubles.

The amendments added to Bill 184 at the standing committee on social policy on Thursday include one that says all applications filed but not yet heard by the province’s Landlord and Tenant Board (LTB) will proceed under the terms of the proposed legislation.

Premier Doug Ford has placed a temporary moratorium on eviction hearings at the board, but has not offered rent relief, and tenants groups are bracing for a wave of evictions once the pause is lifted.

Another amendment forces tenants to engage in an alternative dispute resolution process outside the board’s hearing process, the details of which have not been made public.

The NDP says the changes will make it easier for landlords to bully tenants into signing bad repayment plans during the pandemic and then evict them without a hearing.

“They added amendments that make the bill retroactive to the beginning of the pandemic, which is only going to further hurt tenants who, through no fault of their own, have been unable to pay their rent.”

The original wording of the bill meant it would only apply once it had been proclaimed into law.

But it had already contained language that critics say weakened protections for tenants, including by putting anyone unable to stick to a rent arrears repayment plan at risk of immediate eviction.

That will be particularly pertinent should the COVID-19 pandemic flare up again and push people back out of work after having agreed to a repayment plan, the NDP’s Morrison said.

“They then have no ability, no right, to go back to the board and renegotiate a different agreement or make their case. The landlord can go straight to the sheriff and have them evicted,” she said.

Ontario's Ford government has amended its proposed tenancy law, which critics had already warned would hurt tenants, by making some of its provisions effective as of the start of the COVID-19 pandemic

The provincial government’s declaration of an emergency on March 17 led to the shutdown of large swathes of the economy, putting hundreds of thousands of people out of work.

Young people, who are overrepresented in service and retail jobs and also more likely to rent their accommodation, have been particularly hard hit by the shutdown.

The bill had already included changes to tenancy law that critics say hurt renters, including requiring written notice if they plan to raise issues of persistent disrepair during an eviction.

The NDP had sought to add amendments to ban COVID-related evictions, further increasing penalties for various types of bad faith evictions, and to implement rent control on housing that becomes vacant. All were either denied debate or voted down by the PC-controlled committee.

The bill could now be returned to the legislature for a third reading as early as next week, where the Progressive Conservative majority would be expected to pass it into law.

A government spokesperson said the bill improves protections for tenants by increasing penalties for bad faith evictions and makes it easier to resolve disputes.

The amendments “will provide administrative certainty for the LTB, support the board’s recovery plans, and encourage landlords to enter repayment agreements with tenants for rent arrears accumulated during COVID-19 — rather than evicting tenants,” said Julie O’Driscoll, a spokesperson for Municipal Affairs and Housing Minister Steve Clark.

Mike Schreiner, the leader of the Green Party, also said the bill would make life harder for renters.

“Ford is tipping the scales in favour of landlords, making it easier to evict tenants, withhold information, and get away with rent gouging,” he said. “The bill is full of traps for tenants, removing provisions within the Residential Tenancies Act that guarantee access to justice.”

He said passing the bill during this pandemic risks pushing those hit with financial hardship out on the street.

“Instead of helping vulnerable renters to improve their situation, Bill 184 punishes them,” he said.