Trudeau takes a pass on meeting this week with Trump 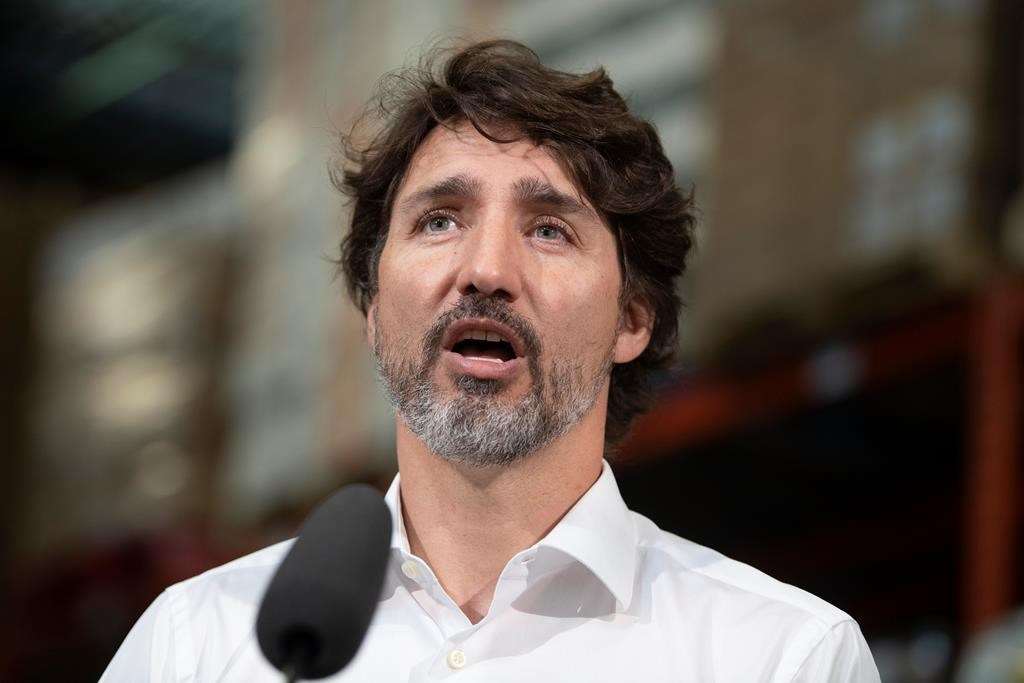 Prime Minister Justin Trudeau delivers a statement about the situation in Hong Kong at the start of a news conference in Gatineau, Que., on Friday, July 3, 2020. File photo by The Canadian Press/Adrian Wyld
Previous story
Next story

Trudeau's office said Monday he wishes the two countries and their leaders well but Trudeau will remain in Ottawa for a cabinet retreat and a scheduled sitting of Parliament.

Lopez Obrador is travelling to D.C. in part to celebrate the entry-into-force of the new North American free-trade deal and had expressed hope Trudeau would join as well.

Trudeau's office said the prime minister will continue to work with both countries to ensure the agreement becomes a success and helps ensure North America emerges stronger from the COVID-19 pandemic.

Trudeau had been asked last week whether he'd attend the meeting, and had not mentioned either Parliament or the retreat as reasons not to go.

Instead, he'd cited other concerns.

"We're obviously concerned about the proposed issue of tariffs on aluminum and steel that the Americans have floated recently. We're also concerned about the health situation and the coronavirus reality that is still hitting all three of our countries," he said.

"We going to continue to work with the US on seeing whether that summit makes sense for us."

Later Monday, Trudeau and Lopez Obrador spoke on the phone.

An account of the exchange from Trudeau's office said Trudeau expressed regret he couldn't make the meeting, and wished Lopez Obrador well.

The pair also reportedly discussed efforts to fight COVID-19 in their countries, and investment in renewable energy to help fight climate change and support economic growth.