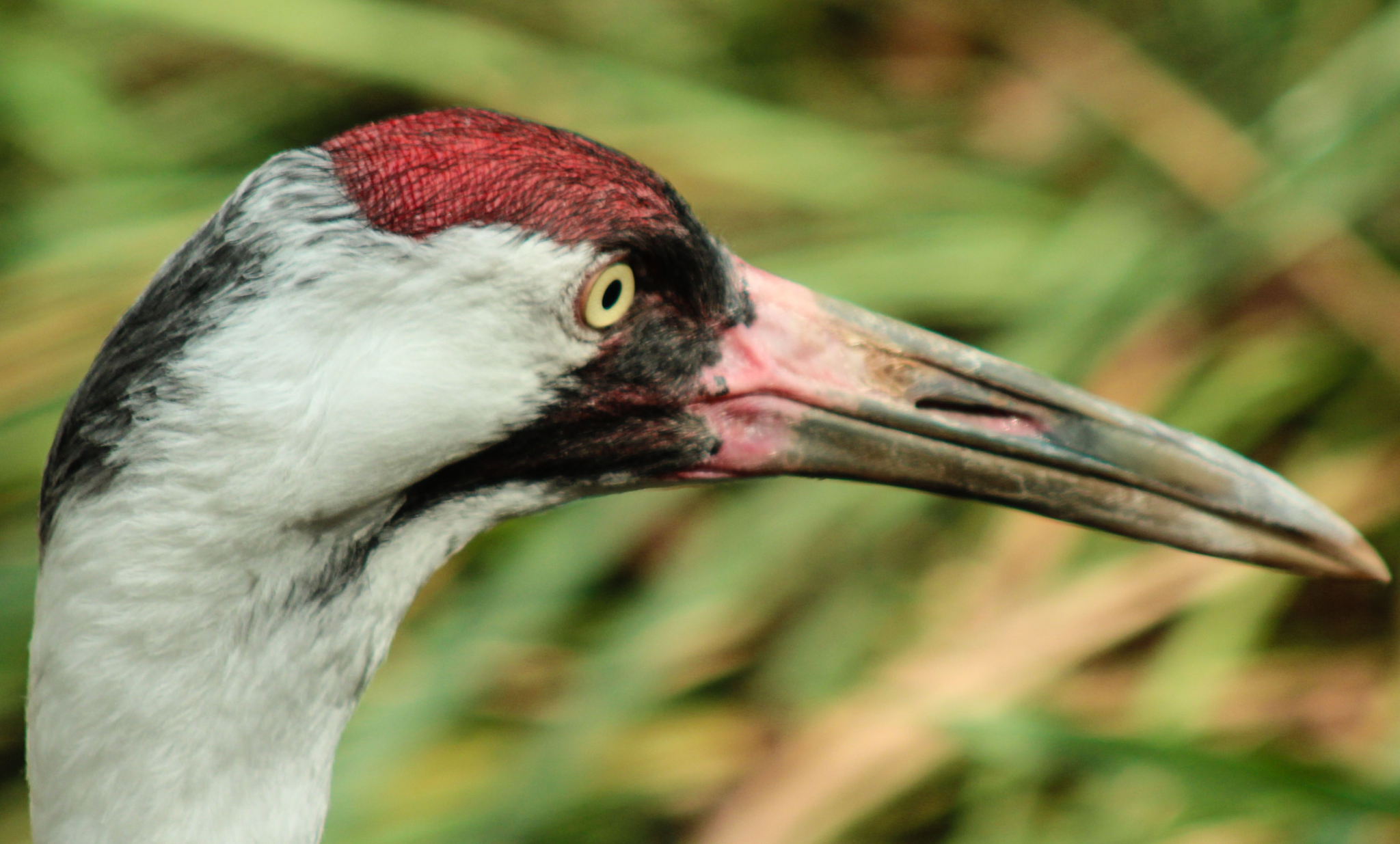 The adult whooping crane is one of 308 species and subspecies in this country Nature Conservancy of Canada considers to be at risk. Photo credit: Shutterstock
Previous story
Next story

After two years of exhaustive research, the Nature Conservancy of Canada (NCC) has compiled a list of 308 species and subspecies found within our borders — and absolutely nowhere else.

We call such plants, animals and fungi “endemic,” restricted to a single jurisdiction for reasons either physical, biological or climatic. This list, composed in partnership with NatureServe Canada, is the most comprehensive of its kind and, by its very nature, unfinished.

“This list is going to be very dynamic,” said Dan Kraus, senior conservation biologist with the NCC. “Even as we were writing it, there were new species being discovered and described (across Canada) and at one point, we just had to say, 'OK, that’s it. If we keep adding species, we’ll be doing this forever.'”

Making absolutely sure any particular species is uniquely Canadian is a tall order. Canada famously shares the longest nation-to-nation border in the world with the United States, over which biodiversity crosses with impunity, and the Canadian North freely exchanged species with that of East Asia as recently as 11,000 years ago. Even today, species of bird and insect are sometimes swept across the Atlantic and Pacific oceans to colonize distant continents, albeit rarely. Life is an ever-evolving tapestry, and there are no set boundaries.

NatureServe Canada is a network of conservation data centres covering every province and territory, discovering, cataloging and studying the biodiversity of our decidedly wild nation, but even its database was not enough to arrive at the aforementioned list of 308. Kraus and his colleagues also needed to consult a plethora of experts in the U.S. and across Asia to make absolutely sure each species didn’t have foreign counterparts.

“This is a special group of Canadian species because if we don’t conserve them here, they won’t be protected anywhere else,” Kraus said. “To be clear, these are species which are 100 per cent our responsibility.”

And therein lies the purpose of this report published in June, helpfully titled Ours to Save. The species it lists will live or die at the hands of Canadians, and before this report, very little was known about the number, extent or condition of Canada’s endemics. Now, we can say with new degrees of confidence that they’re in serious trouble.

In 1864 or thereabouts, Irish-born Canadian naturalist John Macoun was exploring a swamp just east of Belleville, Ont., when he came across a strange-looking moss, reportedly robust and brownish green, growing at the base of an American elm. His keen eye recognized this as a previously undiscovered species, one which he sampled, and would later be known as Macoun's shining moss in honour of this chance encounter.

"The Nature Conservancy of Canada has compiled a list of 308 species and subspecies found within our borders — and absolutely nowhere else. The species it lists will live or die at the hands of Canadians."

The affair might not have managed a footnote in scientific lore were it not for the clearing of this particular swamp sometime in the three decades that followed, because when naturalists returned to Belleville and its surviving wetlands for a closer look at Macoun's shining moss, they couldn’t find it. Formal scientific expeditions were launched in search of this moss in 1972 and again in 2001, but no trace of the plant, known only from a couple samples taken by Macoun in 1864, could be found. Slowly, it dawned on the few perplexed academics paying attention that this moss, visibly bizarre and very probably an outlier on the tree of life, had but one home in all the world — the cleared swamps just east of Belleville. We would never find it again.

Macoun's shining moss wasn’t just a Canadian endemic, or an Ontario endemic, but was, in fact, an endemic to Belleville, thriving there for goodness knows how many millennia until an unprecedented event — the whims of humanity — destroyed its singular habitat.

In case this sounds like an extreme example of the vulnerabilities of Canadian endemics, it isn’t. While some of the 308 species listed in Ours to Save are widespread and reasonably secure (about one in 10, according to Kraus), the majority have extremely restricted ranges, maybe resilient to the ravages of time, but not to the indiscretions of humanity. The Maritime ringlet is a butterfly restricted to 10 small wetlands in New Brunswick and the Gaspésie Peninsula, whereas the Atlantic whitefish, considered by some the most endangered species in Canada, can only be found in a single watershed in southern Nova Scotia. Examples abound.

The majority of the Canadian endemics identified by this report are of “conservation concern,” and 40 per cent are considered by NatureServe to be either “imperilled” or “critically imperilled.” For a third of identified endemic species, there was too little information even to give them a conservation status, and less than 20 per cent of these 308 have been formally assessed by the Committee on the Status of Endangered Wildlife in Canada (COSEWIC), the independent body responsible for recommending which species should be protected under the federal Species at Risk Act.

“Making good conservation decisions relies on credible information,” Kraus said. “We’re this big country, and we still have blank spots on our catalogue of species.”

While modern conservation involves a lot of give and take between conservationists, governments and industry, Kraus said, you absolutely cannot toy with the habitat of endemic species, and it’s his hope the efforts of the NCC in protecting their habitats will soon be joined by government. The report identifies 27 endemic hot spots across the country where such conservation efforts should focus, a breakdown Kraus hopes is taken seriously, especially in the Far North, outside the traditional wheelhouse of the NCC. This charity is our largest national land trust, acquiring ecologically significant property and protecting it into perpetuity. To date, the NCC has safeguarded more than 14 million hectares.

Kraus said the primary driver of endemic declines in the south, where the majority of Canadians live, is human interference. In the North and on our coasts, however, climate change plays an exaggerated role, shoving habitats northward faster than some species can adapt, or else drowning them. In addition to preserving habitat, we need to stop burning fossil fuels.

“We can put up new parks and protected areas around all of these,” Kraus said, “but if the climate is changing rapidly, sea levels rise (and their habitats shift), they are going to be at risk.”

While the endemic species identified in Ours to Save span the nation, there are certain regions that contain a disproportionate number. This is because some regions are more conducive to evolution than others. That is to say, some places actually generate new species at a faster pace than the rest of the country, and so they tend to support more endemics.

There are a few potential mechanisms at play here. First, a region might have remained ice-free during the last ice age, creating what is called a “refugia,” where species were free to persist and evolve even though the remainder of the continent was buried under glaciers. Second, a region might support unusual habitats, creating an evolutionary playground in which wholly new selection pressures helped craft entire suites of species. Finally, island ecosystems have long been recognized for their unique evolutionary opportunities, isolated from the meddling of continents and typically lacking in mammalian predators.

Haida Gwaii, the British Columbia island famous for its globally unique golden spruce — cut down in an unorthodox act of defiance by timber scout Grant Hadwin in 1997 — is one ecoregion recognized in the report for its astounding diversity of endemic species. This is probably because portions of the island were ice-free during the last ice age and because it is an island ecosystem. Another endemically rich ecoregion is Quebec’s Gaspésie Peninsula, presumably because of its wealth of habitats, from wetlands to the Appalachian Mountains, with coastlines against both the freshwater St. Lawrence River and the saltwater Gulf of St. Lawrence.

There are other regions identified in the report for their apparent power to generate and shelter new and unique species, such as Newfoundland and Labrador’s Great Northern Peninsula, Nova Scotia’s Southwest Nova Biosphere Reserve, Saskatchewan’s Athabasca Sand Dunes Provincial Park, coastal B.C., and portions of the Yukon. Protecting such evolutionarily conducive places is referred to in the report as “conserving the stage,” not just for the endemic species presently dependent on these regions, but for their privileged place in evolutionary history.

Kraus said that in times of climatic chaos, these places have served as havens for several species and might play a similar role as climates change now, and if Canada’s biodiversity must adapt to a warming world, places where evolution occurs more quickly might help it do so.

“It’s not just about protecting species,” he said. “It’s about buying them time to adapt.”

“Ask a Canadian to name an endangered species and often they won’t even name something from this country,” Kraus said. “These (endemics) are species where we really need Canadians to know them because nobody else is going to conserve them.”

While the NCC can sing the praises of its report, Kraus said endemics will only enter the public consciousness if they’re celebrated locally by governments or conservation organizations. A study he referenced out of Simon Fraser University clearly demonstrated that the public’s interest is captured best by local endemic species — those wild plants, animals and fungi representing the ecology of any given region better than even the maple leaf. Perhaps with sufficient interest in these various species and their plights, more conservation and research will materialize.

The report identifies eight endemic Canadian species that have already been driven to extinction — including Macoun's shining moss — the likes of which we will never see again. In a progressive, proud and conscientious nation such as ours, there need not be a ninth.

There is a grim corollary to

There is a grim corollary to the "endangered" species of the world It is found in the invasive, survivor, species, the "successful opportunists", like humans, who disrupt and obliterate other life forms in their quest for not just survival but for mastery. The fact that we are losing our richness of biological diversity to the opportunists bodes ill for our future. The opportunists function as poisoners in the environment, monopolizing resources, destroying the variation that evolution has enabled and that has always served as a buffer against the destruction of the planet's viability.

Really interesting article.
"Even today, species of bird and insect are sometimes swept across the Atlantic and Pacific oceans to colonize distant continents, albeit rarely" ... and less rarely, on garden plants imported from areas where there are natural predators, unlike here.
Even if you don't grow such species yourself, one of your neighbours does, and they love plant species long grown here, minus the pest, as well as the ones they hitched a ride in on.

I spend much more time removing Japanese lily beetles from my lilies, than I do in all the rest of tending them.