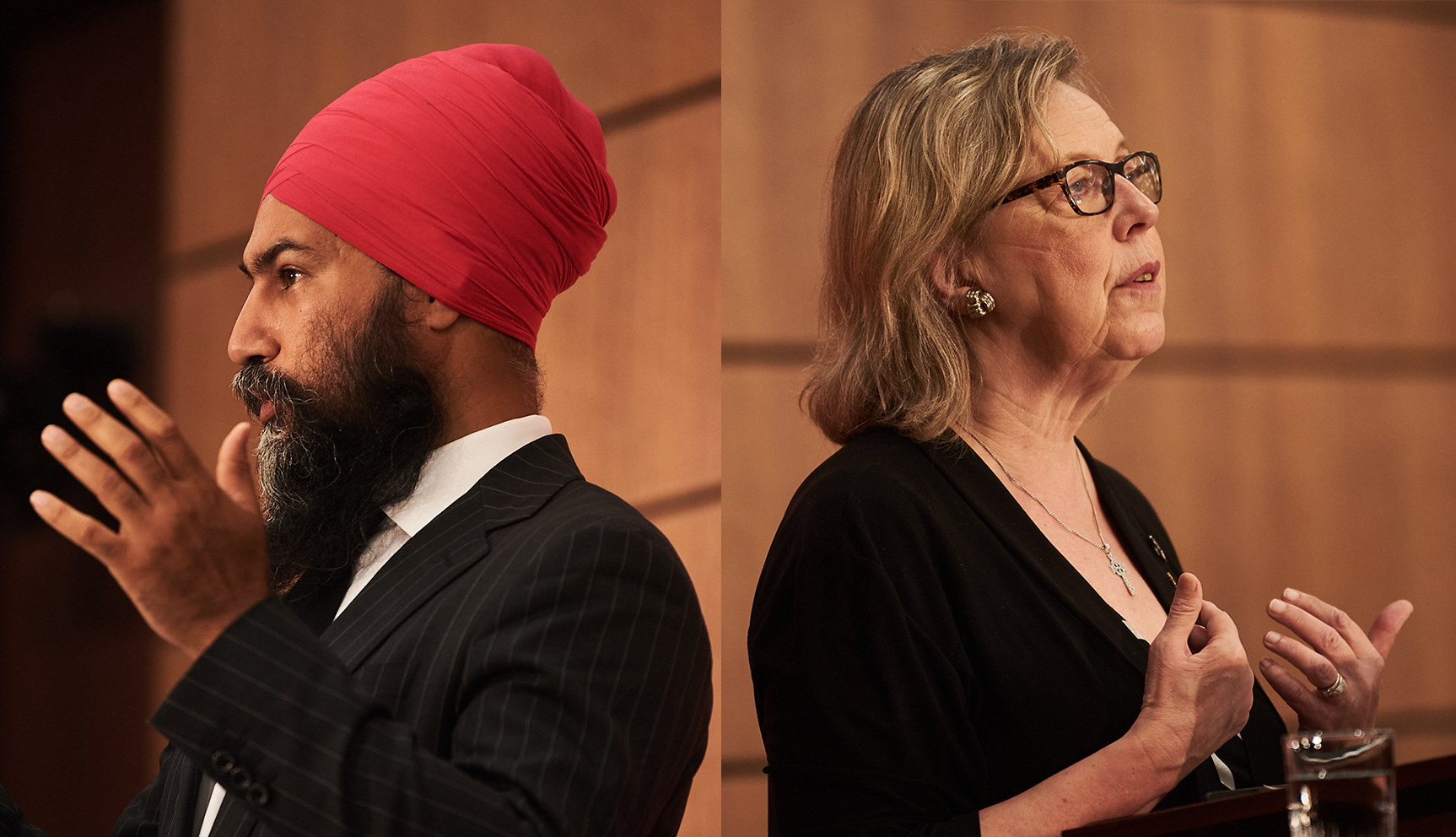 Recent immigrants saw jobs disappear quicker and rebound more slowly than Canadian-born people this spring, while child-care centre closures meant that women dealt with more unpaid work at home and saw their job performance suffer, according to a new federal analysis out Wednesday.

The analysis was released as part of the federal government’s “economic and fiscal snapshot” of its pandemic relief efforts. The findings demonstrate that, across a range of different indicators, women, women with children under 18 years, and recent immigrants were all disproportionately impacted by the coronavirus pandemic in Canada.

“We know that people, to get back to work, need child care, and this is a crisis moment for a lot of people,” said NDP Leader Jagmeet Singh, the MP for Burnaby South, in remarks to media on Wednesday morning before Finance Minister Bill Morneau presented the snapshot.

“We know that the pandemic has hit women more than men, and the recovery will mean that more men will go back to work, and less women, unless we address this issue of child care.”

Green Party Parliamentary Leader Elizabeth May, MP for Saanich—Gulf Islands, also noted that “it is evident that Finance Canada understands that economic recovery will depend on secure and affordable child care and better paid sick leave.” She called on the government to continue spending levels and "keep partisanship out of this."

Morneau acknowledged Wednesday that women have been “harder hit” through the course of the pandemic, “and our measures therefore need to consider that challenge,” including through child care. He said the government was in talks with provinces about a safe restart.

Families, Children and Social Development Minister Ahmed Hussen said in Parliament that the government was committed to helping parents access “safe, affordable, accessible and quality child care,” and that it wants to create 250,000 additional child-care spaces in before- and after-school programs.

The government said 5.5 million Canadians, or 30 per cent of the workforce, either lost their jobs or “saw their hours significantly scaled back over March and April” before employment rebounded by 290,000 in May.

But while COVID-19 affected all Canadians in some form, the impacts vary widely across demographics. Recent immigrants, for example, “have been hit hard by the labour market impacts of COVID-19,” stated the government’s snapshot document.

Just under a quarter of landed immigrants applied for the Canada Emergency Response Benefit between mid-March and mid-May, it said, compared to less than a fifth of those born in Canada.

As well, from February to April, employment among recent immigrants dropped more dramatically than those born in Canada, and while Canadian-born people saw employment rise again in May, there was no such rebound for those who have been in Canada five years or less.

A crowdsourced survey over May and June revealed that 34 per cent of people who identify as white said they lost their jobs, or had their hours cut, compared to 40 per cent of those identifying as Southeast Asian, 40 per cent Korean, 42 per cent Filipino, and 47 per cent West Asian.

There is “early evidence” from some cities that racialized people are overrepresented among COVID-19 cases, the government said. As an example, it pointed to Ottawa Public Health’s confirmation that 66 per cent of the cases in Ottawa since early May are from racialized groups.

Women are also “leading the charge as front-line workers in many settings, including in hospitals and long-term care homes, although this comes with a greater risk of contracting COVID-19,” it said.

While women and men basically split cumulative job losses between February and April, “employment increased more than twice as fast among men than among women” in May, the analysis stated.

Almost a fifth of women, 18 per cent, who are in the core age group of 25 to 54, with children under 18 years, worked less than half their typical hours compared with 14 per cent of men.

The trend seen in pre-COVID-19 Canadian society, that women take on a larger share of unpaid work at home caring for children, appears not to have changed during the pandemic.

“Closures of schools and child-care services during COVID-19 increased the amount of unpaid work in the home, which is disproportionately carried out by women,” the document stated.

“There is evidence that this has greatly affected employed women’s job performance for those teleworking, as well as unemployed women’s ability to return to work or find work, especially when child care is unavailable.”

The government’s fiscal “snapshot” showed that the federal deficit was projected to be $343 billion this year. Government figures showed Ottawa has committed least $212 billion in “direct support” to businesses and individuals, alongside another $85 billion in taxes and customs deferrals, and other programs.

“When the pandemic first hit, a lot of people lost their jobs overnight. They didn’t know how they were going to feed their families or pay their bills. Faced with this unprecedented challenge, our government had two options,” said Prime Minister Justin Trudeau on Wednesday morning.

Nothing in thei report should

Nothing in thei report should be a surprise to any Canadian. The patterns have been glaringly obvious for decades. Much of the greatest distress is loaded onto those already struggling in North American Society.

The most important distinction between Canda and the US, is andhas been since it ws initiated, our universal health plan. That plan has gaps. It has failed, toether with our social safety net, to adapt to the changing face of health care, demographics, and the provision of non hospital based health needs. We still do not have pharmaceutical or dental coverage even though the exponential growth of pharmaceuticals has greatly reduced the earlier requirements for lengthy hospital treatments. Poor dental health has been implicated as the spawning point for a variety of chronic health prpoblems - most notably heart disease.

Maintaining the health of Canadians in the worsening environment will be a radical challenge for our health system.

Canada has also failed to make the best use of the immigrants who come to our shores. Carefully screened for their skills prior to being gratned entrance we nevertheless systemically reduce their employability by discounting their "foreign" qualifications while failing to help them upgrade. Which costs more? welfare that badly replaces employability, or the cost of support plus training to make them productive tax paying citizens. What is more costly, underpaying minimum wage essential workers who then must work two or more jobs, or the losses to society and the economy of less than optimal productivity from over-stretched or under employed individuals? Short term thinking is what plagues economic imperatives, and electoral politics.

Prior to modern medicine, female life expectancy was abysmal. Death in childbirth made men into serial monogamists, and flooded orphanages with children whose only caregiver - their mother - died prematurely Most men with orphaned chldren had to re-marry quickly or give up their children.

Female emancipation from this dismal fate, shrinking families, increased costs of living vis a vis the average wage makes it imperative for women to work, to keep the family intact and to keep up with the expectations placed on employees who are also parents. Women still hold up more than their share of the sky. Without women and their unpaid labour there would be no families. Women with families are the true low wage workers. Our GDP doesn't even acknowledge this - nor does the comparison of women's wages to that of men.
Single parents of either gender require significantly more support than society provides and significantly better working conditions.

As long as human society is based on the family unit, and whatever wealthty it for the economic ownership classproduces we obviously cannot afford to extinguish ourselves through wanton neglect of this fundamental economic