Now Scheer has a mask issue 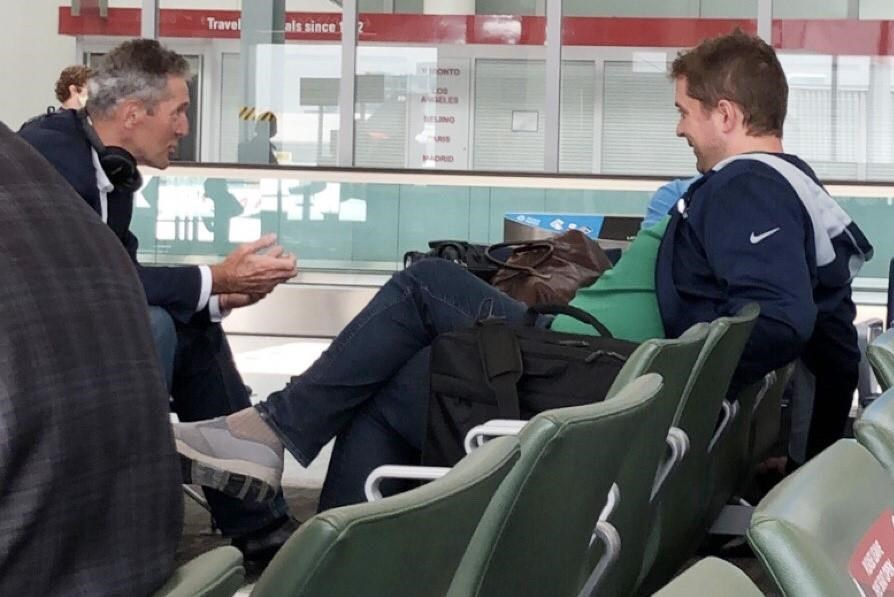 Scheer's office said he was wearing a mask for his trip. A spokesperson said the photos must have been taken after he doffed the covering to take a call but before he put it back on.

"I lifted my mask to join some friends in conversation at the Toronto airport this afternoon," he said in a statement.

"It was an error on my part, it won't happen again."

Toronto's Pearson airport currently has a policy that masks must be worn at all times to curb the spread of COVID-19, with limited exceptions that include being at a food or beverage service location.

The photos show Scheer in the lounge with Pallister and a couple of others, and while they are seated spaced apart, none is wearing a mask.

In April, Scheer was criticized for bringing his family on a government flight back to Ottawa for a House of Commons sitting, reducing the ability for the other two MPs on board to keep a distance from the Scheers.

He and other party leaders have been wearing masks around Parliament Hill. Prime Minister Justin Trudeau also wears them during photo ops.

Scheer is in the waning days of his leadership. The ballots to select his replacement go in the mail in the coming days and a new leader will be elected in late August.

As for Pallister, Manitoba requires most people returning to the province from Ontario, Quebec or the Atlantic provinces to self-isolate for 14 days, but provides exceptions for truckers, health providers, politicians and some others if they do not have COVID-19 symptoms.

This report by The Canadian Press was first published July 7, 2020.