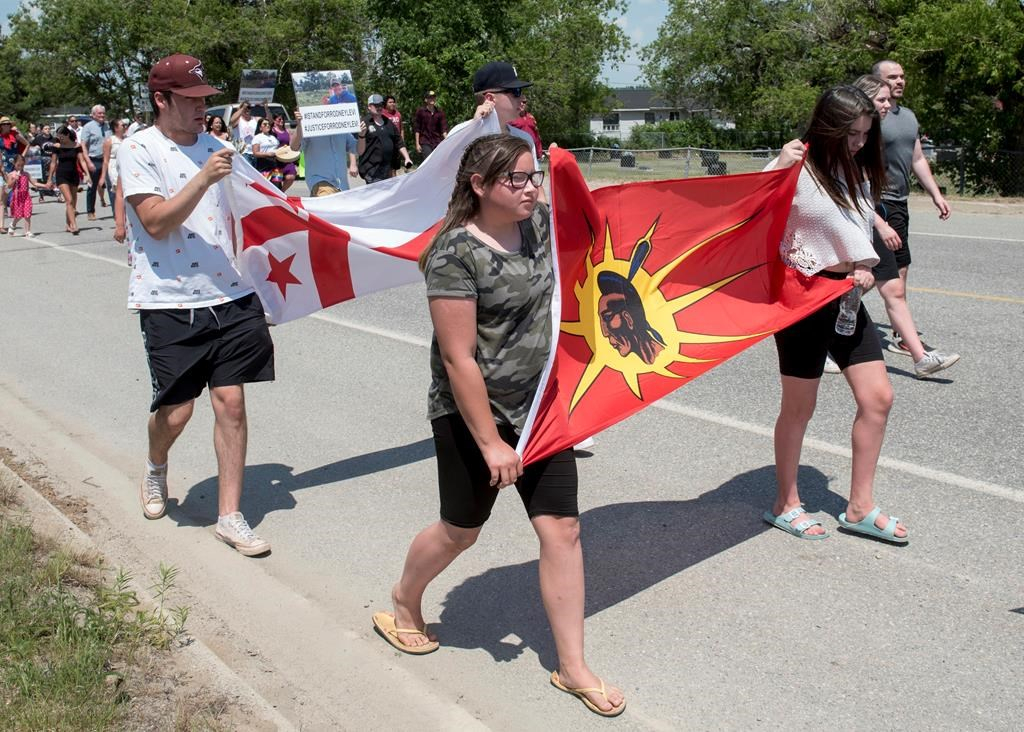 Indigenous leaders in New Brunswick are renewing a call for an independent, Indigenous-led public inquiry to investigate systemic racism and two recent police shootings in the province.

Wolastoqey and Mi'kmaq chiefs will bring up the issue during a meeting with Premier Blaine Higgs Thursday afternoon in Fredericton.

They expressed disappointment following a June meeting with Higgs during which the premier turned down their request for an inquiry and instead suggested a task force to review recommendations made from previous inquiries.

In a letter to the provincial government dated Wednesday, the Wolastoqey chiefs say an inquiry must look at how the justice system in New Brunswick is failing Indigenous peoples.

"We stand firm in our belief that this province must have an independent inquiry that reviews the systemic discrimination against Indigenous people in the policing and justice systems in New Brunswick," they wrote.

"The circumstances surrounding the deaths of Chantel Moore and Rodney Levi are tragic, but they are not isolated incidents and are only the tip of the iceberg of longstanding issues our people have with the justice system in this province," they wrote.

Mi'kmaq leaders are also calling for immediate reforms to the justice system, including improved police training and standards and increased Indigenous involvement in police oversight.

In a letter to the premier dated July 2, they call for a change in the approach to law enforcement including the creation of a community-based initiative they are calling Mi'kmaq Peacekeepers.

"This will be a system of unarmed safety officers from our communities, trained in de-escalation tactics and to address issues of mental health, addiction, poverty and trauma," they wrote.

Indigenous leaders in New Brunswick are renewing a call for an independent, Indigenous-led public inquiry to investigate systemic racism and two recent police shootings in the province.

Levi, 48, was attending a barbecue near the Metepenagiag Mi'kmaq Nation when someone allegedly called police to complain about an "unwanted person."

The Mounties have said a suspect carrying knives was jolted with a stun gun, but that failed to subdue him. He was shot when he charged at officers, police said.

Moore, 26, was fatally shot June 4 when an officer from the Edmundston Police Department was conducting a "wellness check." Police allege she lunged at an officer with a knife.

Quebec's independent police watchdog agency — the Bureau des enquetes independantes — is investigating the killings, because New Brunswick does not have its own police oversight agency.

The Mi'kmaq leaders say the results need to be made public, so they can be subject to public scrutiny.

Higgs said on the eve of the meeting that he's open to an inquiry if there are clear parameters and the expectation of results that can be acted on.

"Let's not turn this into a process that doesn't allow us to get traction and to make some real, effective changes," Higgs said.

"Let's define the parameters in a meaningful way, and decide what we can do and what timelines, and let's just make it happen."