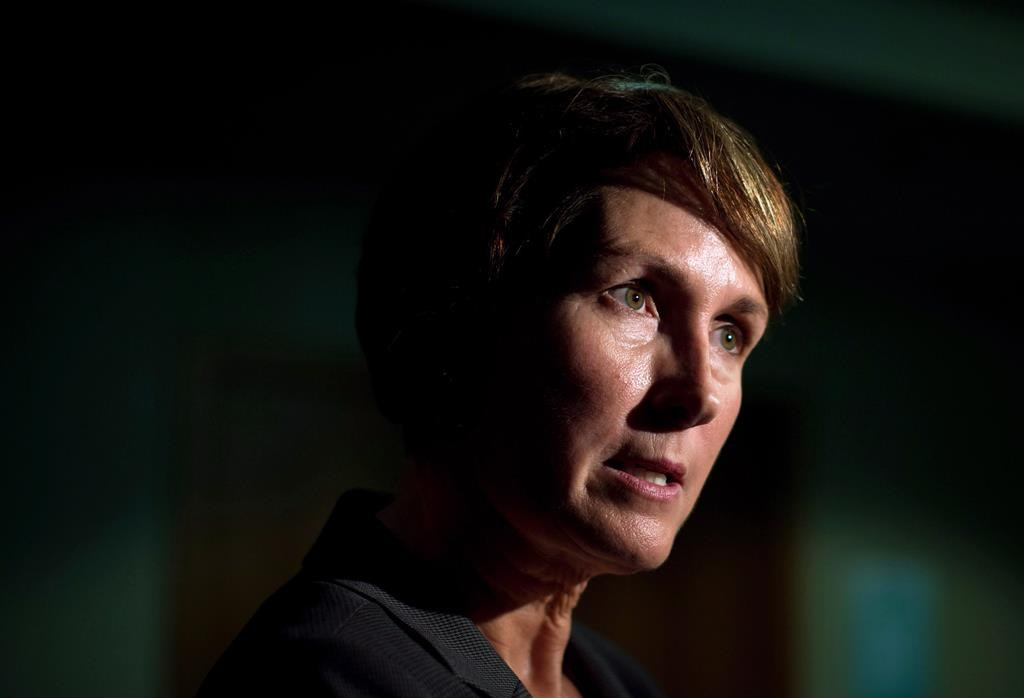 B.C. Representative for Children and Youth Mary Ellen Turpel-Lafond speaks to a reporter in Vancouver, B.C., on Friday, November 13, 2015. File photo by The Canadian Press/Darryl Dyck
Previous story
Next story

A former judge investigating allegations of racism towards Indigenous people in British Columbia's health-care system is calling on patients, families, doctors and nurses to come forward with their stories.

The professional bodies for doctors and nurses are supporting her investigation and they should not fear losing their jobs, despite the fact that British Columbia's whistle-blower legislation does not apply to health authorities, she said.

Turpel-Lafond said compelling physicians to give evidence can be difficult so she is hoping for voluntary compliance and disclosure from those who won't be "shamed" as Indigenous people themselves have been through racism.

"I can say, though, if I do find that there have been violations of the Criminal Code or the standards of health professional bodies as I look into these investigations, I will report that to the appropriate authorities," Turpel-Lafond said.

She said an investigation, not an inquiry as some Indigenous groups have suggested, is the quickest route to addressing ongoing racism that has not been dealt with because of a broken complaint system.

Racism exists across the health-care system with Indigenous people seeking care often asked irrelevant questions about whether they are intoxicated or addicted to substances, Turpel-Lafond said.

Her investigative team includes former provincial health officer Dr. Perry Kendall as well as Indigenous professionals with clinical experience and those who will analyze data about the number of Indigenous people using the health-care system.

Turpel-Lafond expects to provide an initial report in a few months to Health Minister Adrian Dix, who appointed her to conduct an investigation on June 18.

However, Turpel-Lafond said CEOs of health authorities should immediately address allegations of racism and she'll ask those who didn't to explain themselves.

She is urging Indigenous people to complete a confidential survey of their experiences and says anyone with experience or knowledge of racism could provide information through email or a 1-800 number.

A former judge investigating allegations of racism towards Indigenous people in British Columbia's health-care system is calling on patients, families, doctors and nurses to come forward with their stories.

Daniel Fontaine, CEO of Metis Nation British Columbia, one of the groups assisting with the investigation, said he learned last month about a "Price is Right" game played in an emergency room by staff guessing the blood-alcohol level of Indigenous patients.

He said the allegations were outlined in a report by the Provincial Health Services Authority and a second report included "story after story of racism" reported by health-care workers around the province.

Both reports were brought to him by his staff, who work in the Health Ministry, and were stamped March 2019, Fontaine said, adding he contacted the deputy health minister the night before Dix made the allegations public.

"I said we were going to have to speak out because these reports had been produced 15 months ago," he said.

Fontaine said the organization planned a news conference the following morning but backed off when Dix announced Turpel-Lafond's appointment.

Fontaine said he's hoping she will recommend all health-care workers be provided with standardized cultural training that has been endorsed by Indigenous groups.

"Are people being held accountable for participating in racist activities? Those are the kinds of things we're hoping this investigation will look into as well."