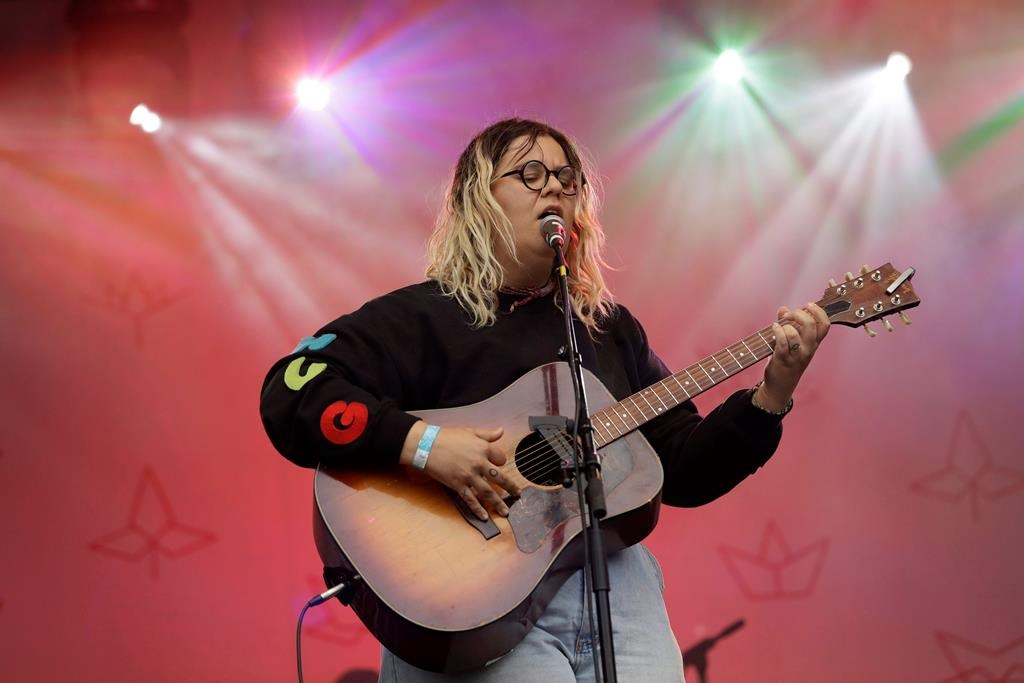 Quebec's arts scene is being rocked by a wave of sexual assault and harassment allegations against well-known figures in the province's entertainment industry.

Mostly anonymous allegations are being posted to an Instagram page that has garnered more than 49,000 followers and is focused on prominent Quebecers, including musicians, concert promoters and comedians. The page, which is less than a week old, contains more than 80 posts.

One of the biggest names to fall is David Desrosiers, bassist for Montreal rock band Simple Plan, who said Thursday he is leaving the group after he was anonymously accused on the social network of predatory behaviour against his female fans.

The accuser posted Wednesday that Desrosiers started making inappropriate "jokes" with her when she was a minor, and they had consensual sex after she came of age. She alleged he invited others for group sex without asking and threatened and demeaned her.

Desrosiers wrote on Instagram that allegations "have led me to acknowledge that some of the interactions I have had with women have caused them harm." In a statement on Instagram, Simple Plan also apologized to the women affected as well as fans who are disappointed by the "regretful situation."

Maripier Morin, a major TV personality in Quebec, has apologized publicly and La Presse reported she has put her career on pause after singer Safia Nolin posted to the Instagram page July 8 — with a copy on her personal page as well — accusations that Morin uttered racist statements in her presence and bit her on the thigh in 2018.

Nolin wrote that Morin made a derogatory comment after learning she was of Arab descent. Nolin said Morin also made racist comments about a Black bartender.

"After that, she bit me on the thigh so hard that I had an enormous bruise for two weeks," Nolin said.

According to multiple media reports, Morin apologized on her Instagram page, said she remembered the night in question and called her actions "reprehensible" without going into details. By Friday, however, Morin had removed the posts from her Instagram page, which is followed by almost 550,000 people.

Bell Media said Friday it has dropped all the shows it carried on its streaming networks featuring Morin.

Company spokesman Patrick Tremblay said in an email: "We respect the decision by Maripier Morin to put her professional activities on pause. For that reason, we are pulling all the shows that feature her from our platforms Z, VRAK and Crave."

Quebec's arts scene is being rocked by a wave of sexual assault and harassment allegations against well-known figures in the province's entertainment industry.

Quebec singer-songwriter Bernard Adamus was dropped from his label following an anonymous post to the Instagram page accusing him of improprieties.

Adamus replied Thursday on his Instagram that he had been vulgar, arrogant and drunk too many times in his life, and he apologized to all the women he's hurt.

ADISQ, the association representing Quebec's music industry, issued a statement Friday saying that its board of directors has decided to exclude Adamus from nominations for its annual awards.

The statement said the industry is made up of "honest, professional and devoted artists and workers, and it is essential not to let the reprehensible actions of certain individuals tarnish the entire sector."

The Montreal police confirmed Friday the force "is aware" of the Instagram page and the accusations. "However, in order to conduct an investigation, there needs to be an official complaint filed," a spokesperson for the police said in an email.

The police did not say if they had received any official complaints tied to the accusations on the Instagram page.

This report by The Canadian Press was first published July 10, 2020.