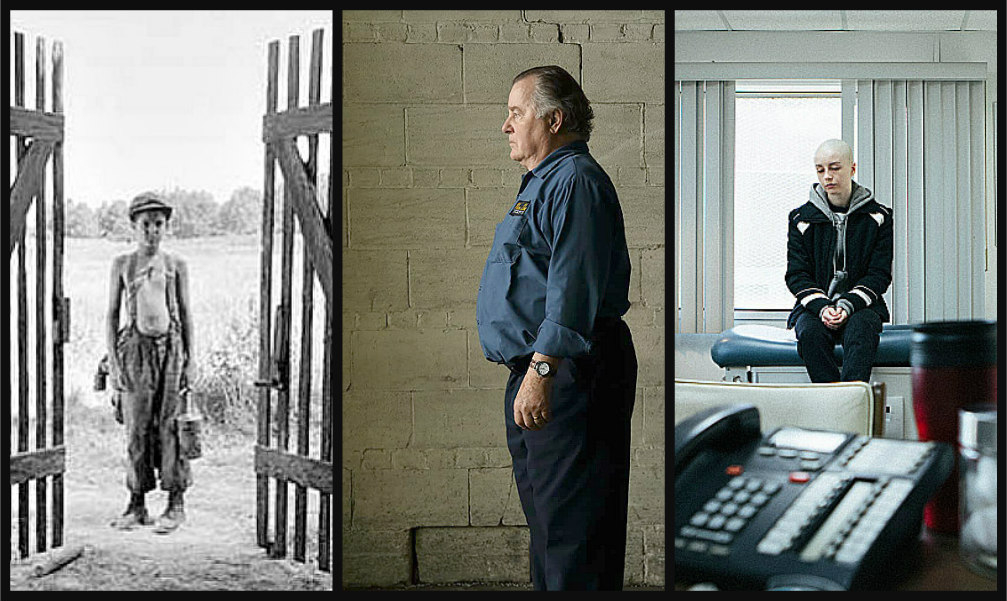 The Telluride Film Festival has just announced it won’t be happening this year. That’s a loss because it’s one of the influential ones. It picks the leaders as well as Toronto. Meanwhile, here in Vancouver, VIFF is working on a virtual festival this year. All films will be streamed online. Watch for more news about that,

Some theatres are now open and accepting audiences, mostly screening recent classics or films held over from a few months ago. I review one new arrival today and I notice that several theatres have now added the most recent Beauty and the Beast, which is a coincidence because its star Dan Stevens also features in one of the streaming films I write about today.

THE PAINTED BIRD: If you can stand something dark and very harsh, try this one. It’s a Czech adaptation of Jerzy Kozinski's acclaimed but also controversial novel and it’s a powerful film. I thought it would win the Academy Award this year, but I bet it came in at least second. It’s a wrenching tale of a young Jewish boy making his way through rural areas somewhere in Eastern Europe during the Second World War and witnessing horrors and inhumanity, superstition and rejection. And also a few kindly encounters, one with a German officer played by Stellan Skarsgard and another with a Russian soldier played by B.C.’s Barry Pepper. But those are far outnumbered by scenes of brutality with a farmer played by Udo Keir, a pedophile played by Julian Sands, a nymphomaniac, a mob that attacks her, Cossacks raiding a village and a Nazi officer shooting people on a street. Some people have walked out at film festivals during the worst of these scenes.

Harvey Keitel’s priest is relatively benign. All he does is teach the boy about Jesus. But in a context that’s an affront, too. The story seems to be an allegory for the various forms that persecution and ejection have taken. The title is from a scene that underlines it. A man daubs paint on a bird’s wings, sets it free and watches its flock attack and kill it simply because it looks different. A stark lesson, one of many the boy has to absorb in an engaging and minimal performance by a young actor named Petr Kotlar. We see him mature on screen as the director/writer, Václav Marhoul, took several years to make this film. It’s a crisp black and white saga that moves at an elegant pace and has an enormous impact. My only objection is that it didn’t need to be quite as long as this: 10 minutes short of three hours. (Available now on iTunes and Vimeo, also Bell, Shaw and Cineplex next week and Rogers and Telus video on demand Aug. 4) 4½ out of 5

EUROVISION SONG CONTEST: THE STORY OF FIRE SAGA: If you need a light fun film instead, try this one for its goofy and silly charm. It’s been up there on Netflix for three weeks now, but I thought I’d check it out because there’s been a lot of chatter about it on the internet. It’s Will Ferrell’s latest and much in line with his previous films like Talladega Nights: The Ballad of Ricky Bobby, though not as smart as Anchorman. Once again he swoops into a beloved institution and finds all the absurd corners and uses every stereotype angle to yuk them up.

Ferrell plays a man in Iceland who has dreamed of getting to the Eurovision Song Contest ever since he was a young boy and saw ABBA win it on television. His bar band has little talent, but does have a singer (Rachel McAdams) with a voice and original songs she’s not ready to sing in public. Three flukes in a row and they’re off to the contest (in Edinburgh. That’s a joke apparently, one of many, according to fans of the contest). For the rest of us, it’s an underdog story of the little band that tries, suffers setbacks, and tries again.

Actual veterans of the contest appear with the kind of over-the-top performances it is known for, but the highlight is Dan Stevens. The former Downton Abbey actor plays a Russian lothario, braggart and wildly ostentatious singer. He struts to the elaborate flashing lights and his song Lion of Love. Somebody make a movie with this character. This one is only half-way good enough. (Netflix) 2½ out of 5

13th: If you’ve just watched the PBS series by Henry Louis Gates Jr. on reconstruction after the American Civil War, you should check out this film. He appears in it among a large and diverse group of speakers, from Van Jones, Khalil Gibran Muhammad and Newt Gingrich to Cory Booker and Angela Davis …

… but it’s what they say that’ll amaze you. The film has the best explanation I’ve seen for the passion of those recent anti-racism protests. It also explains exactly the meaning of the calls to defund police. Ava DuVernay, the director and co-writer, traces it back to the 13th Amendment to the Constitution, which abolished slavery but included these words “except as a punishment for crime.” So if you can’t chain up the Blacks, you can toss them in jail. A war on crime and a war on drugs can help. Nixon and Reagan were into that, but Bill Clinton, of all people, outdid them. He later apologized. The film is super radical in elucidating it all, pointing out that the U.S. now has more people in prison than any other country on Earth. It doesn’t even get to the issue of prisons as private, for-profit businesses until very late, so much does it have to say. It’s an Oscar nominee by the woman who made Selma, another nominee, and it should be seen. (Netflix) 4 out of 5

WORKING MAN: “You need work to feel you’re worth something.” One character says it and, in fact, it’s the message of the whole movie. That makes this most relevant now, during so many job losses, or any time. There are big issues raised by this small, spare American film starring and made by people I hadn’t known of before.

Peter Gerety stars as a long-time worker in a plastics factory somewhere in the U.S. rustbelt. Near Chicago, maybe. New owners are shutting it down (sending the work overseas, one character suggests). But this guy sneaks back into the empty factory every day and keeps working. “It’s just what I need to do,” he tells his wife (Talia Shire). Other ex-employees living on his street notice, can’t get him to talk about it, but at the urging of one of their number (Billy Brown), join in. They get the power turned back on and manufacture for the orders that were never filled. TV news, the new owner’s representative and the toady former foreman all notice and get involved, and the debate kicks up. Robert Jury, the director, has made a sleek, terse film with lots to think about, but in his other role as writer, he’s dimmed the issues a bit. He’s brought in major pre-existing conditions from the lives of both of the main characters. That boosts the interest factor all right, but muddles the central themes about work and self-respect. Still a good film, though. (Available video on demand or to buy digitally) 3½ out of 5

WHITE LIE: But what about a big one? One that keeps growing. That’s what’s on the mind of this engrossing film and it’ll have you pulled in and fascinated — maybe even reconsidering something — thanks to a sharp script and direction by a pair of newcomers and a terrific central performance. Yonah Lewis and Calvin Thomas from Toronto made it, and Kacey Rohl from here in Vancouver stars.

She’s Katie, a university student who is faking cancer. Why? Not sure, and trying to figure it out is one of the attractions here. Acceptance? Establishing identity? Maybe, but she’s got a rocky psychological background that sort of explains why she’s doing this and a shaky love affair with her girlfriend, which adds to the exotic character of her life. Meanwhile, you’ll be grabbed by the difficulties she finds in keeping the pretense going. She’s trying to raise money to go for an experimental treatment, but her father (Martin Donovan) tweets for everyone to know that she’s lying. She pays a young doctor to get her a falsified hospital record, but major problems and considerable suspense get in the way as she’s desperately trying to avoid being exposed. It’s an unlikely story convincingly told and well-acted and, surprisingly, you don’t condemn her. You’re trying to figure her out, and that makes the movie work. (Available video on demand starting Tuesday) 3½ out of 5

ABE: There’s a bit of dialogue in here about metaphors and that made clear what I was already feeling. The whole film is one. Abe, who is 12 years old is caught between two cultures. His mom is Jewish; his dad is Palestinian. And as much as he tries to identify differently (Brooklyn-American), people insist on putting him in one camp or the other. They call him either Abraham or Ibrahim and carry on loud arguments at a family dinner. One grandpa rails about occupied lands, while the other recalls thousands of years of oppression.

Abe finds an unlikely way out. He loves to cook and starts hanging out at a restaurant where Chico, the Brazilian owner, offers fusion cuisine. “Mix it up” is his motto. Exactly what Abe wants to do. He’s willing to take a dishwashing job (at no pay) to be there and learn. He moves up to cooking duties when his talents are recognized. There’s trouble at home, though, because Abe has been lying about where he goes every day; mom accuses Chico of using child labour and a grandpa blames the parents. “Your child is lost,” he says. “It was a mistake bringing a child into your messy lives.” The solution is a slight surprise in a film that has few. Fernando Grostein Andrade, the director, is from Brazil and Noah Schnapp (playing Abe) is known from TV’s Stranger Things. Their call for getting along is a medium rank family film. (Playing in Landmark Theatres across Canada, nine here in B.C., including New Westminster) 2½ out of 5

FATHER SOLDIER SON: Here’s a very intimate documentary about a real American. Brian Eisch is a patriot. He believes in duty and government and the president. He goes fishing with his sons and teaches them the proper use of a rifle. He’s also in the army and is sent to Afghanistan, which he doesn’t know much about. But he believes in the war there because his leaders do. Unfortunately, he comes home in a wheelchair. He was shot in the leg, refused to have it amputated and starts a long program of therapy.

The film by Leslye Davis and Catrin Einhorn follows him for almost 10 years through the tour of duty and the difficult aftermath. He’s a changed man; he gets divorced, starts living with a girlfriend, watches his sons grow, and advises them to join the military like he did. Then his leg has to be amputated after all, and he has to learn to live with a shattered self-image. “Who am I?” he asks. He used to have “authority, power and identity.” It’s a very moving visit with this guy through depression, anger, longing for active duty and questioning: “What was the purpose of it?” Military men, wives and children will most benefit from seeing this. As one of his sons says, “I do want to go to war someday. That’s what I was grown up to do.” (Starting today on Netflix) 3 out of 5