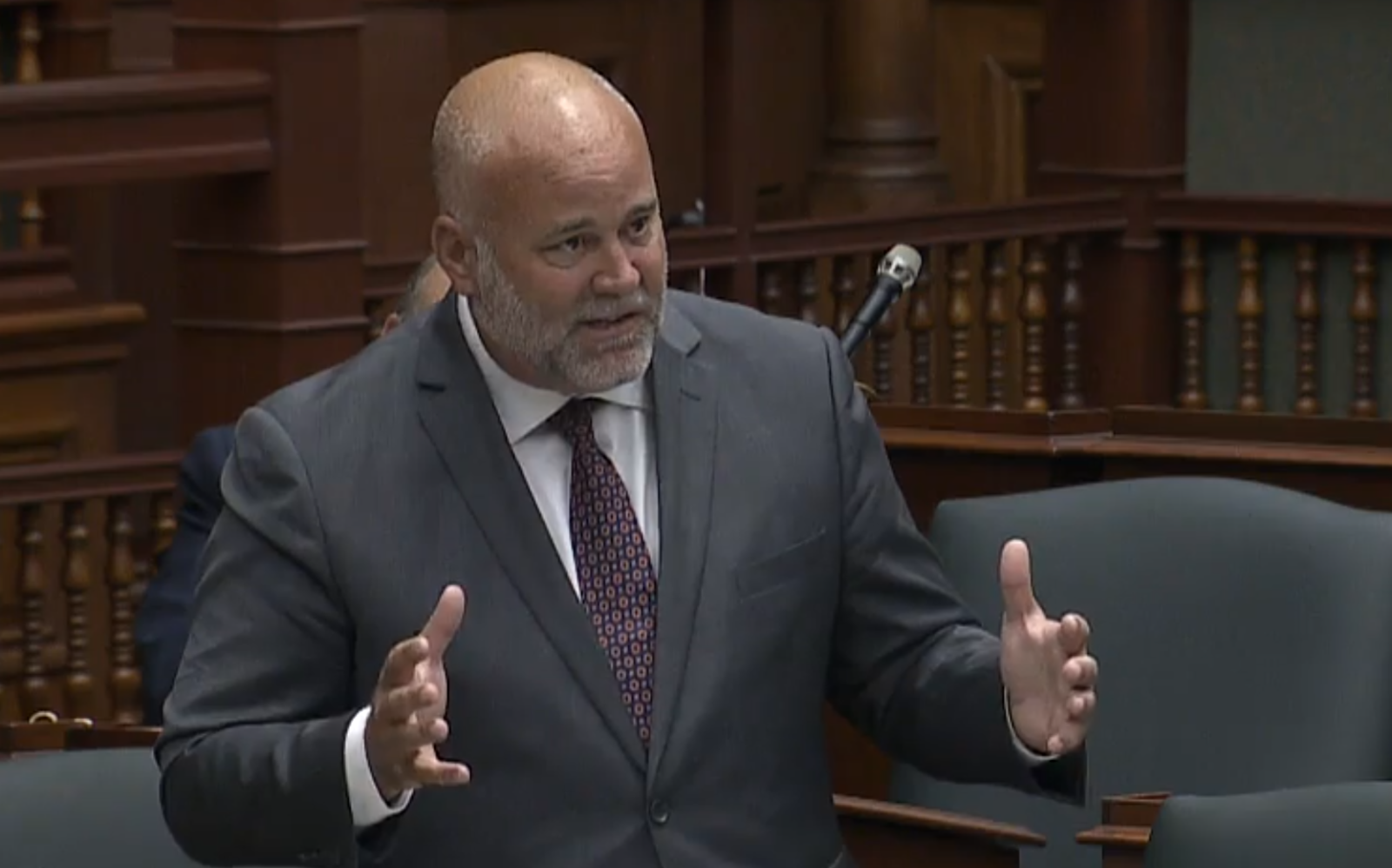 Ontario's Minister of Children, Community and Social Services responds to the FAO report at Queen's Park on July 21, 2020.
Previous story
Next story

Ontario Premier Doug Ford's government would need to more than double the funding it has allocated for autism services or sharply cut their per-child provision if it wanted to eliminate a growing waiting list, according to an audit of the plans conducted by Ontario’s budget watchdog.

Amid fierce resistance from parents and caregivers, the Progressive Conservatives did a U-turn last year on their initial plans to move autism spending away from a needs-based system to one reliant on "childhood budgets." At the time, the government said the age-based and means-tested allowances would help eliminate waitlists.

Since reversing course, the government has been slow to make one-off payments to families left floundering between the two plans, according to the Financial Accountability Office (FAO) report released on Tuesday, which showed that both overall spending and the waitlist have grown.

“These are children who are languishing on waitlists without the needs-based services that they were promised by this government when it was running for election,” the official Opposition NDP Leader Andrea Horwath said at Queen’s Park after the release of the report.

The government aims to get its needs-based program up and running by 2021. But that program does not maintain the Ford government’s earlier goal of getting rid of the waitlist entirely.

@ToddSmithPC promised there would be a continuum of care for those in service, but the numbers would suggest otherwise.

It's the "gold standard to childhood budget switcheroo" that @MacLeodLisa dreamt up.#AutismDoesntEndAtFord #onpoli

The province would have to spend $1.4 billion a year, more than double its $600 million budget for the new Ontario Autism Program (OAP), if it wanted to maintain 2018 service levels and eliminate the waitlist, the watchdog said.

In the last decade there has been a broad increase in the number of autism diagnoses in Canada and elsewhere, which experts say stems from growing awareness of the neurological disorder and looser diagnostic criteria.

About 15 out of every 1,000 children and youth in Canada live with autism, according to a 2018 national study.

(Here's a closer look at the numbers in the FAO report)

“This government has ignored, belittled and hurt families and children with autism,” the NDP's Horwath said during question period.

Minister for Children and Social Services Todd Smith replied by saying the FAO report showed that no government had gotten the autism file right.

“We are determined to get this right and will continue to support children and youth during the transition” to the new program, he said, adding that the government had worked closely with a panel of stakeholders on a redesign it hopes will move 8,000 youth off the waitlist in its first year.

The previous Liberal government of Kathleen Wynne had its own struggles, developing its more comprehensive autism program following the many months of chaos it created for families of children aged 5 and older it cut from intensive treatment from the province.

In its last budget before the 2018 election, Wynne’s government allocated $250 million over three years to speed up the identification of the one in five students with special education needs.

@ToddSmithPC bragging about the budget is meaningless if there isn’t a program to use it on.

“When Doug Ford implemented his disastrous changes to the Ontario Autism Program last year, everyone told him it was the wrong thing to do,” said Michaal Coteau, the Liberal critic for the autism file, who was the children’s minister under Wynne.

“The sad reality is because Doug Ford decided to play politics, he’s put children and parents through completely unnecessary hardship,” he said, adding that upending the program that was in place had led to job losses and less capacity, especially in the north of the province.

One parents’ advocacy group, Northern Autism Families, warned in March that the Ford government’s underspending on services meant that those living in more remote areas of the province were missing out.

“In many cases these meager funds do not meet the needs of children and potentially leave massive, detrimental gaps in their services,” the group said at the time.

Smith said more young people were accessing provincial autism services now. But the FAO report showed that they were getting less support.

The other option the FAO presented as a way to eliminate the waitlist was for a 56 per cent reduction from 2018 service levels, to $13,100 per child.

The NDP’s Horwath said families of children with autism in Ontario have been forced to sell off assets to fund necessary support under both the Progressive Conservatives and prior Liberal government.

“It’s absolutely horrific that this government has done such a bad job when it comes to supporting the parents of children with autism,” she said.

The government told the FAO that it did not know if there were enough qualified behavioural clinicians, speech language pathologists and occupational therapists required to meet the demand anticipated under the new OAP.

Editor’s note: This article was updated at 7:04 p.m. Eastern time on July 21, 2020, to include comments from NDP Leader Andrea Horwarth, Liberal MPP Michael Coteau, government response, context and other details.

The state of autism services funding in Ontario