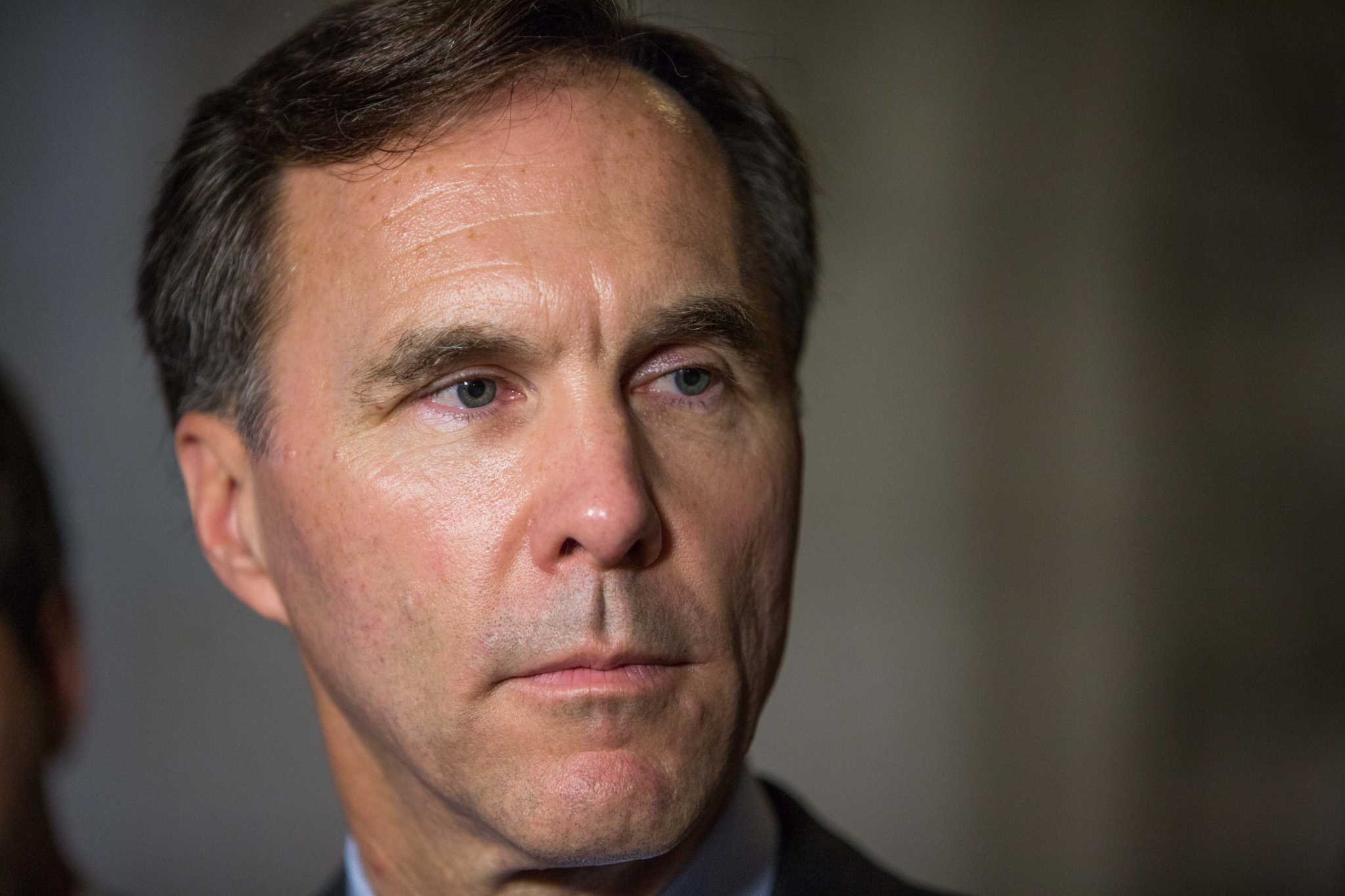 Finance Minister Bill Morneau will appear today, July 22, 2020, before a House of Commons committee that is probing a cancelled agreement for WE Charity to run a student-volunteer program. File photo by Alex Tétreault
Previous story
Next story

Finance Minister Bill Morneau will appear today before a House of Commons committee that is probing a cancelled agreement for WE Charity to run a student-volunteer program.

Morneau has apologized for not recusing himself from the cabinet discussions and vote on the agreement, given his daughters have ties to WE — including one who works in an administrative arm of the organization.

He will be the latest cabinet minister to be grilled over the aborted deal that would have seen WE receive more than $43.5 million to oversee a program with a budget of up to $912 million.

Morneau, like Prime Minister Justin Trudeau, is being investigated by the federal ethics watchdog for possible violations of conflict of interest rules.

On Tuesday, Canada's top bureaucrat said he couldn't see not having the finance minister and prime minister involved in discussions about a program as big in scope and price as the Canada Student Service Grant program.

The program proposed paying students up to $5,000 toward education costs based on the number of hours they volunteer.

The Liberals have said the non-partisan public service recommended going with WE as it was the only organization in the country to administer a program as quickly and as broadly as what the government wanted.

In early July, the organization handed back control of the program to the government amid the controversy about its connections to Trudeau. The organization has paid speaking fees to his mother and brother.

The finance committee also heard Tuesday from the head of the Public Service Alliance of Canada that public servants could have delivered the program, while lawyer Joshua Mandryk raised concerns about effectively paying students below minimum wage and calling it volunteering.

The Canadian Federation of Students is calling on the government to abandon the program and push all the money into an emergency benefit for out-of-work students.

Finance Minister Bill Morneau will appear today, July 22, 2020, before a House of Commons committee that is probing a cancelled agreement for WE Charity to run a student-volunteer program.

The group warns students may be unable to accumulate enough hours to receive grants because it's almost August and there is no clarity on when the program will launch.

"Students have waited for this program to roll out since April and now they're told they have to wait even longer," national chair Sofia Descalzi said in a statement.

The state of autism services funding in Ontario