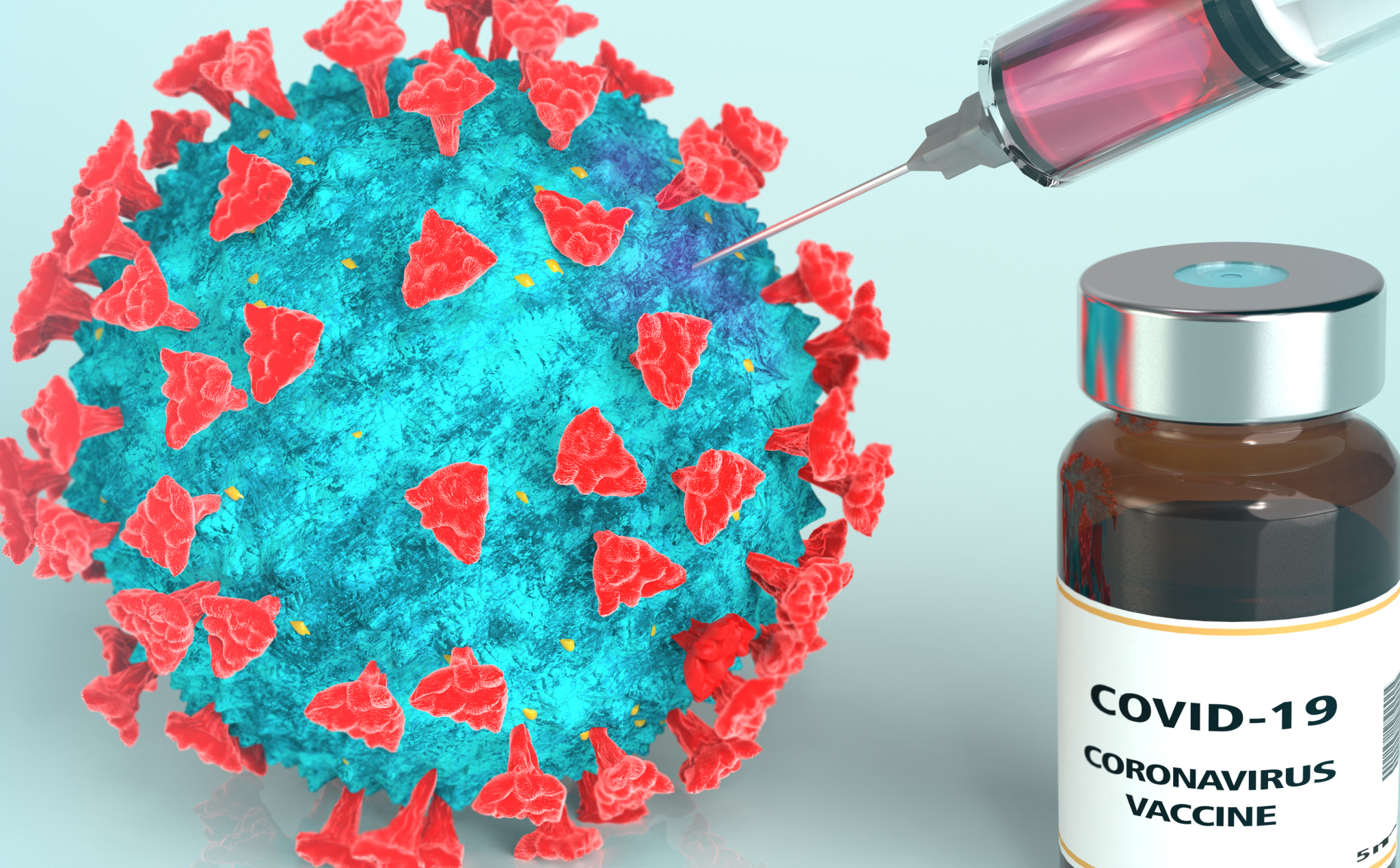 Big Pharma, dominated by U.S. and European corporations, do not manufacture their treatments and vaccines in Canada. Photo by Shutterstock
Previous story
Next story

An unprecedented global effort is underway to discover a vaccine and treatments for the coronavirus wreaking havoc on the world.

Prime Minister Justin Trudeau, along with the leaders of seven developed and developing countries, co-signed a letter in the Washington Post on July 15, urging that less developed countries not be left behind in the manufacturing and distribution of such a vaccine.

The Canadian government has already pledged $850 million to the Global Coronavirus Response and $120 million to the WHO-led Access to Covid-19 Tools [ACT] Accelerator that was created to ensure equitable access to medical treatments.

The government has also committed more than $1 billion in support of a national medical research strategy including vaccine development, the production of treatments, and tracking of the virus.

At least 17 vaccine candidates, including in Canada, are currently being tested on humans. With the exception of vague assurances by the odd CEO that vaccines will be affordable, major pharmaceutical corporations — focused on protecting their monopoly patents which ensure their ability to profit and price gouge — are not co-operating in the global endeavor. The concept of the public good is anathema to Big Pharma.

The pandemic has exposed Canada’s vulnerability with respect to essential medicines. Big Pharma, dominated by U.S. and European corporations, do not manufacture their treatments and vaccines in Canada. Furthermore, Canada was forced to import the bulk of necessary medical supplies, such as N95 masks, though domestic production has ramped up and the country is now producing 40 per cent of these supplies.

According to pharmaceutical expert Dr. Joel Lexchin, we do not have the capability to manufacture vaccines in Canada. Connaught Laboratories, the legendary Crown corporation, was sold off in 1989 to a French multinational.

The elimination of Canada’s compulsory patent licensing regime more than two decades ago — replaced by a drug pricing system run by the Patented Medicine Prices Review Board (PMPRB) — has resulted in Canadians paying the third highest prices in the world.

Under the 1989 Canada-U.S. Free Trade Agreement and NAFTA, Canada surrendered its ability to impose compulsory licensing on patents as a way to prevent price gouging and support Canadian generic manufacturers.

"The pandemic has exposed Canada’s vulnerability with respect to essential medicines. Big Pharma, dominated by U.S. and European corporations, do not manufacture their treatments and vaccines in Canada."

Big Pharma’s dominance has been reinforced by the deferential "partnership" relationship with the regulator, Health Canada, undermining its public interest mandate. The relationship is characterized by an under-resourced regulatory agency stemming from years of budgetary cutbacks; diminished expertise in evaluating industry demands; and the corrosive influence of an agency dependent on industry funding of its drug-approval process. Companies pay 50 per cent of Health Canada's drug program, which could increase to 75 per cent.

Not surprisingly, the U.S. president’s signature was absent from the Washington Post letter. Donald Trump, a friend of the pharmaceutical mega corps, is opposed to international collaboration on COVID-19 treatment and vaccines.

His administration — rife with ex Big Pharma lobbyists — is not only providing major research funding and economic support, but also protecting the industry’s monopoly patent protections against affordable public access both in the U.S. and abroad. In the face of the pandemic, Politico reported: “Pharmaceutical companies logged more than 800 price increases this year and adjusted the cost of 42 medicines upward by an average of 3.3 per cent so far in July, according to GoodRx, which tracks the prices consumers pay at pharmacies.”

Nor is Trump a friend to Canada. He tried to block the sale of pre-ordered N95 masks.

Remdesivir, a drug found to improve recovery rates in COVID-positive patients, is owned by U.S.-based Gilead Sciences Inc. In June, Gilead announced that the non-negotiable price for remdesivir in the U.S. is going to be US$390 per vial, which would amount to US$2,340 per five-day treatment course. The estimate is that remdesivir could be made for under US$1 per dose, less than one-quarter of one per cent of what Gilead will be charging. The White House followed suit with the announcement it had bought up the entire supply of remdesivir for the next three months.

Big Pharma is taking advantage of the pandemic to pressure the Canadian government to block, delay, dilute or reverse policies, legislation and regulations designed to provide Canadians with affordable access to essential medicines. Backed by the U.S. government, they have aggressively lobbied against three Canadian initiatives: the plan for universal pharmacare; the partial reinstatement of compulsory licensing; and the PMPRB’s overhaul of its method for calculating fair prices for prescription drugs. The U.S. Trade Representative’s latest annual report on foreign threats to U.S. copyright holders singled out Canada as a major concern.

In March 2020, the federal government passed the COVID-19 Emergency Response Act, which brought back its ability to impose compulsory licensing of drugs in the event of a national health emergency. While Gilead has submitted an application to Health Canada for approval of its drug, compulsory licensing would allow another company, or a Crown corporation, to produce remdesivir without Gilead's permission, thus eliminating its control of supply and price. However, the act is only in effect until the end of September and the authorization is only for one year.

Big Pharma pushes back against threats to its monopoly patents

In 2015, the Liberal government committed to overhauling the PMPRB price-setting rules. The reform was estimated to save Canadians billions of dollars; it was seen as a first step toward a national pharmacare plan.

In its 2018 budget, the government announced the creation of a federal Advisory Council on the Implementation of National Pharmacare. The council issued its report a year later, recommending a program along the lines of Medicare and setting out a federal-provincial implementation timeline.

Big Pharma, along with the Canadian Life and Health Insurance Association, launched an intense lobbying campaign opposing the plan. Their efforts are reinforced by the think tank echo chambers, including the Fraser Institute, Macdonald-Laurier Institute, Montreal Economic Institute— organizations that receive generous funding from U.S. billionaires and Big Pharma lobbies.

Big Pharma says that reform of the PMPRB-pricing rules will mean less research and development in Canada, fewer clinical trials, fewer new medicines and patients being denied the latest medications. None of these claims, according to PMPRB’s own research, are true.

The draft regulations amending drug-pricing methodology were made public in late 2017, with the final regulations published in August 2019. The changes included removing the U.S. and Switzerland, which have the world’s highest drug prices, from the list used to compare international prices.

Draft guidelines implementing these regulations were introduced in November 2019. The industry lobby again pushed back. It also launched a court challenge in September 2019, claiming that some proposed regulatory changes were outside the regulator's mandate. Extended consultations with mainly industry, or industry supported, stakeholders led to a revised set of draft guidelines in June 2020. The PMPRB announced that the final guidelines will be made public in September 2020, with the implementation of regulations taking place January 1, 2021.

Trudeau’s support of international collaborative efforts to address the coronavirus crisis are commendable. However, the government should be making it a condition that any intellectual property or products that result from Canadian public funding be made available at affordable prices in low- and middle-income countries.

It is equally important that the government not backpedal from its plans to ensure all Canadians have access to treatments and vaccines as a human right — rather than access based on ability to pay. The government should be looking to set up a Crown corporation to provide essential medicines and vaccines. It needs to double down on these actions. No more delay in implementing PMPRB pricing regulations should be tolerated. Compulsory licensing must become a permanent fixture of Canada’s drug regulation regime. Finally, the government needs to accelerate plans for implementing universal pharmacare.