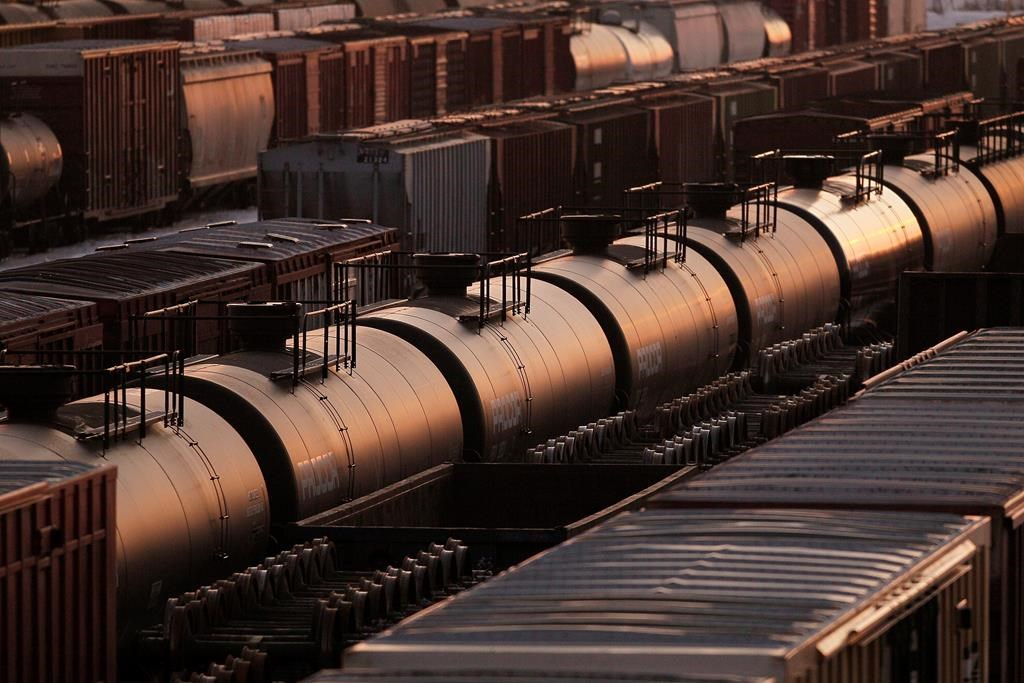 Rail cars wait for pick up in Winnipeg, on Sunday, March 23, 2014. File photo by The Canadian Press/John Woods
Previous story
Next story

Canadian exports of crude oil by rail plunged by 63 per cent in May compared with April as North American fuel demand dropped due to measures taken to control the COVID-19 pandemic.

Shipments reached a record high of 412,000 bpd in February.

Rail transportation of crude oil is considered to be more expensive than shipping by pipeline so shippers tend to use it only when pipelines are full or if the destination market offers much higher prices than can be achieved in Canada.

Western Canadian producers shut down more than 800,000 barrels per day of oil production at times in the past few months to avoid selling at low prices, thus freeing up space on export pipelines.

In May, Enbridge Inc. reported that its Mainline oil export pipeline system, which is typically oversubscribed by shippers, transported 400,000 fewer barrels of oil per day in April than its average of 2.84 million bpd in the first quarter.

This report by The Canadian Press was first published June 19, 2020.