HAPPENING NOW EVEN IN CANADA: 'It's embarrassing being American' 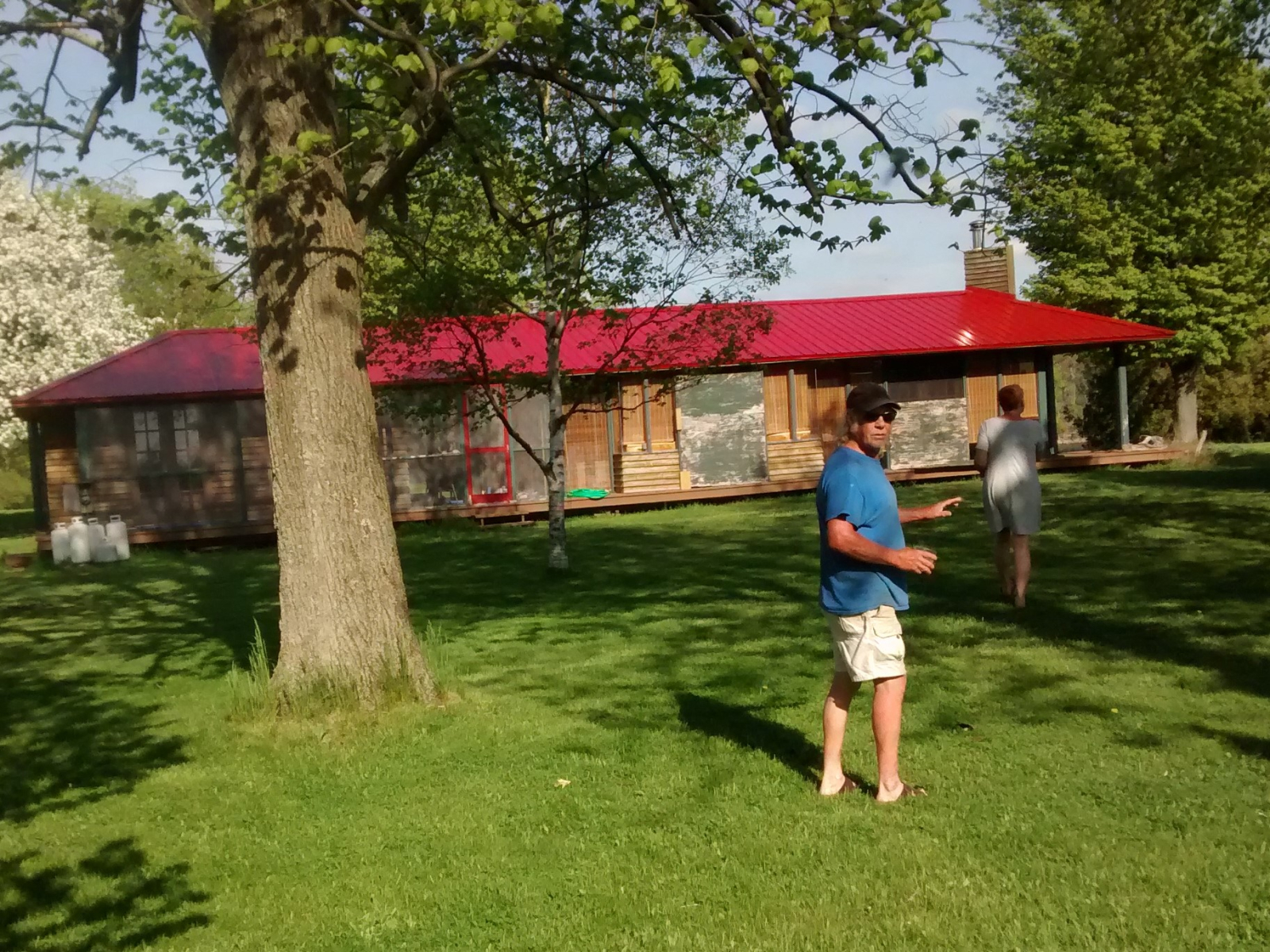 Contrary to reports of entitled Americans crossing the border and disobeying COVID-19 regulations, it appears that many American property owners are willing to accept the rationale behind their exclusion from Canada.

“I completely understand the border closure,” said Jim Gorss, 67, who lives in Southborough, Mass., and whose family owns a cabin on McCauley Lake in the Madawaska region of Ontario. “I can see what some idiots in my country are doing, and I can understand why other countries don’t want Americans. But I miss our Canadian neighbours, who are like family to us.”

Stories of Americans being allowed into Canada in order to transit north to Alaska — only to get caught sightseeing in Banff — or failing to self-isolate while checking on cottages, have brought scrutiny to the discretionary power afforded to individual Canada Border Services Agency (CBSA) agents. For its part, the CBSA claims its agents are being strict.

“Travellers must satisfy a CBSA border services officer that they meet the requirements for entry into Canada,” said Louis-Carl Brissette Lesage, a spokesperson for the CBSA. “Should an officer have any doubts with regards to the traveller’s intended purpose, they will require the traveller to prove their purpose.”

The requirements, established on March 21 and most recently extended to Aug. 21, stipulate that only those non-Canadians travelling for purposes deemed essential, such as for transit, work or study, are allowed into the country. Individuals who are not in transit must quarantine for 14 days upon arrival.

And while there have been plenty of stories of non-compliant visitors, many Americans have begrudgingly accepted the new rules. In fact, some people holding dual citizenship, and residency in the United States, have decided to stay put, despite having the right to enter Canada.

“It’s embarrassing being an American,” said Jim Hunt, 67, a dual citizen who lives in Seabrook Beach, N.H., and whose mother and paternal grandmother were born on Prince Edward Island. “I often go to P.E.I. in the summer, but Canada is wise to limit travel, because on a national level, the U.S.A.’s a complete shit show. P.E.I. can’t afford to have an outbreak. It’s a small island, and the system would be overwhelmed.”

The Canadian ban on discretionary travel is not specific to the United States — it applies to non-Canadian citizens of all countries. Nonetheless, the U.S. is by far the largest source of foreign travel to Canada, with 14.4 million arrivals in 2018. Those numbers have since collapsed: CBSA data for early July shows a year-over-year decline of 96.5 per cent in air travel from the U.S., and of 95.7 per cent in land border crossings.

Most of that decline is due to the border closure, but not all. One Canadian-born university professor, who shares dual citizenship with her partner and their child, and who wished to remain anonymous, said that her own family was reluctant to have her visit Canada.

“My family has a cottage on Balsam Lake in Ontario, but as the situation got worse in the States, they were less inclined to have us up,” she said from her home in Brooklyn, N.Y. “We had planned to rent our own cottage for July, and were going to get tested and go into quarantine, but people have different risk tolerances.”

The challenge with making national policy regarding a threat like COVID-19 is that it can be near-impossible to weed out the bad actors.

“I can see what some idiots in my country are doing, and I can understand why other countries don’t want Americans. But I miss our Canadian neighbours, who are like family to us.”

“As Americans, we have proven ourselves to be untrustworthy,” said David DesRosiers, 63, of Marlborough, Mass., whose mother is Canadian. “If I had been allowed to cross the border, I would have known to observe all safety protocols. But when Americans say they’re just passing through on their way to Alaska and then they’re spotted in Banff, they’ve ruined it for all of us.”

While some parts of the U.S. are succeeding in their battle against COVID-19, a number of southern states are reporting record numbers of new daily cases. To date, almost 145,000 Americans have died of the virus. With the increase in infections in the U.S., many Americans have accepted that the border won’t be open any time soon.

“It looks like the summer will be ‘lost’ to any foreign owners who aren’t permitted to cross the border,” said Lawton Osler, president of the Muskoka Lakes Association, which has 190 members from the U.S. “I know of some U.S. residents who’ve chosen to rent out their cottages this year.”

The Muskoka region north of Toronto is known for having some of the most expensive vacation properties in Canada. Once home to modest cottages and cabins, the area now boasts luxurious homes owned by the likes of Steven Spielberg, Tom Hanks, Goldie Hawn, and Justin Bieber. It would seem that even the most affluent American property owners are largely on side with the Canadian response.

“I’ve received quite a few emails from our U.S. friends,” said Osler. “None have complained about the law prohibiting U.S. citizens from coming across. Overall, to my knowledge, foreign owners, although definitely disappointed in not being able to come to Muskoka, have been understanding.”

Early in July, there was a call from a bipartisan group of 29 federal U.S. lawmakers specifically requesting an easing of restrictions on property owners wanting to enter Canada. The request has fallen on deaf ears. Given this new reality, Destination Canada, a federal Crown corporation that provides data and analysis to support the Canadian tourism industry, is putting all of its focus on domestic travel.

“Canadians traditionally have spent significantly abroad — about $36 billion a year,” said David Robinson, interim president and CEO of Destination Canada. “If we capture 60 per cent of the Canadian spend abroad, we’ll have made up our loss of international travel to Canada.”

It remains to be seen if the extended border closure will result in any long-term, structural changes to the tourism industry, or to border practices.

“We’ve never seen as many patrols as during this summer — they are definitely more frequent even than after 9/11,” said Bill Kimball, 63, an American citizen and a permanent resident of Canada, who, along with his family, owns a seasonal property on Hickory Island in the Thousand Islands. “Before 9/11, my family could use the town of Clayton, New York as a base. Since 9/11, they’ve crossed the border and accessed it from the Canadian side. But, of course, this summer that’s not possible.”

The Canadian government has also made it clear that the CBSA is serious about enforcing sovereignty in Canadian waters.

“All travellers entering Canada, including foreign national boaters who drop anchor in Canadian waters, must report to the CBSA,” said Brissette Lesage of the CBSA. “Failing to report is a serious offence, subject to potential penalty, seizure action … and prosecution.”

The Kimballs’ property on Hickory Island has been in the family for five generations — about 120 years. For most of that time, the border was a formality, with the island being an ideal place for the family to meet. Now, the pandemic has made the international frontier all too real.

“We’re definitely disappointed about the whole thing,” said Kimball. “We were holding out hope that there might be a chance at the end of the summer, but that looks increasingly unlikely.”

The property itself can be maintained, as Kimball — who lives in Peterborough, Ont. — can get to the island in about two and a half hours. But for many Americans, that’s simply not an option.

There is also concern that there are limits to the fabled politeness of Canadians. The dual-citizen university professor living in the United States said that among other Canadians she knows south of the border, there is real concern that they might get a cool reception in Canada.

“There’s a big network of Canadians down here,” she said. “It’s nice for us to know that we can get back home, but one big issue has been our American licence plates. People are a little worried that they’ll drive home and get called out and shamed, or have people check up on them.”

That might happen. The CBSA told Canada's National Observer that since June, the Border Watch Line (BWL) has received an average of 70 to100 calls per day. Due to the recent attention related to vehicles with U.S. licence plates, the BWL is now seeing a surge of about 300 to 350 calls per day. Some of this might be overkill.

“It is very important to note that Canadian citizens, including those who hold dual citizenship, permanent residents and (those registered) under the Indian Act, continue to enter Canada by right,” said Brissette Lesage of the CBSA. “Members of the public should also note that there may be a legitimate reason for the presence of a U.S. resident or U.S.-plated vehicle or boat in Canada, such as dual citizens, essential workers, or immediate family members.”

By The Canadian Press | News, US News, Politics | July 17th 2020
Coronavirus in Canada