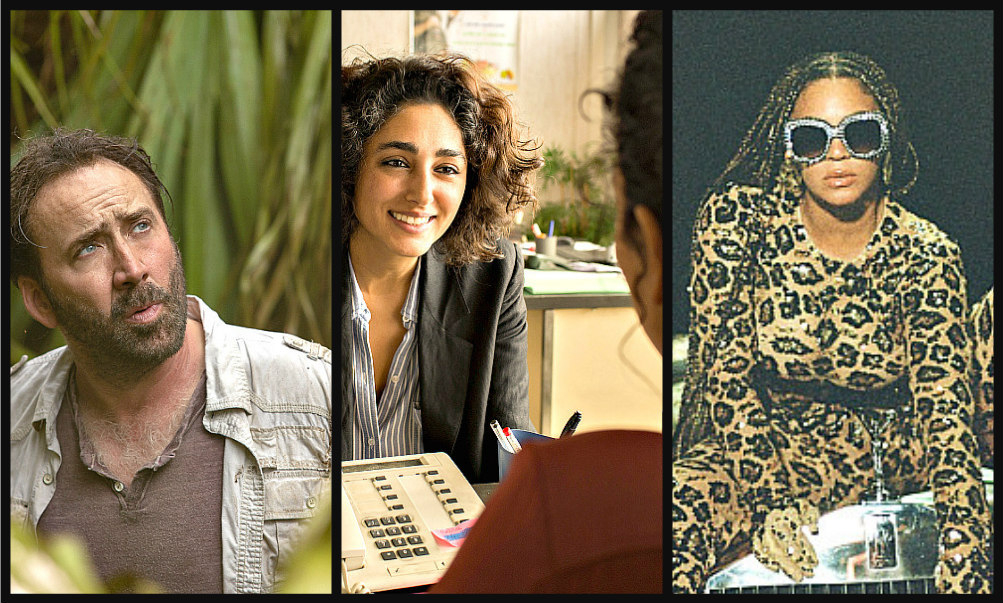 Also a droll caution from The Distinguished Citizen and a Canadian slasher with Random Acts of Violence. Images courtesy of VVS Films and Disney+
Previous story

The movies really need Tenet, Christopher Nolan’s sci-fi thriller, it seems. It was to be this summer’s blockbuster and playing by now. But it’s been postponed three times because of COVID-19 and has just been rescheduled to open Aug. 26 in Europe and a day later in Canada. Following its changing prospects and its importance to the industry has been quite a drama.

Meanwhile, a few things are going ahead as normal at The Cinematheque (1131 Howe Street, Vancouver). Its annual summer series of Film Noirs, for instance.

It starts today with a line-up ranging from the very well-known, like The Maltese Falcon, The Lady from Shanghai and Double Indemnity to some less famous, like Black Angel, Desert Fury and So Dark The Night. See the whole list at thecinematheque.ca.

Best to buy tickets online, and soon. Capacity at the theatre is down to only 45 seats for each screening because of safety concerns related to the virus.

Tickets are also selling already for a festival of Bruce Lee films starting at the theatre on Aug. 6.

And ready to be seen now:

Nicolas Cage fans will be happy. He’s back with another of his nutty films that don’t tax your brain too much and toss out enough thrills to keep you interested. A down point though: Cage is relatively level-headed in this one. His signature freakouts are controlled right out of existence. He’s still got lots to do though. Consider this: He’s on a freighter sailing from Brazil to Mexico with a rare white jaguar in one cage and a captured assassin in another. What if they got loose? There are poisonous snakes aboard too. A script like that practically writes itself. The film does too as directed by Nicholas Powell, who previously worked with Cage on Outcast (2014) and spent years doing and directing stunts.

Cage’s big game hunter expects to sell the jaguar for a million dollars and end his financial misfortune. American agents expect to take the assassin (played with sneering relish by Canadian Kevin Durant) to trial in the U.S. A former zoo employee (Famke Janssen) is also on board. She can offer informed animal behavior advice to Cage and get taken prisoner by Durant.

In one highlight there’s a knife fight while a snake slithers around. The film, made in Puerto Rico and seemingly on several below-decks of a huge ship, delivers jolts and fluid visuals from a very mobile camera but then resolves everything with a near-fizzle. (Available digitally now and on DVD Aug. 11)

Stereotypes and easy jokes are all too common here, but they do help make a pleasant diversion out of this culture-clash comedy. The clash is between a woman who has been away for years and returned to the conservative city she grew up in. Selma has been living in Paris and returns to Tunis after the Arab spring supposedly loosened society a bit. She starts practicing as a psychotherapist.

There’s determination and charm in the performance of Golshifteh Farahani in the lead. Relatives sneer, calling her a “Paris intellectual.” A woman says she’s a post-colonial snob” but the clients come and bring a steady line of off-beat characters and attitudes. Among the most notable: a man with paranoid fears about Mossad, an imam suffering depression and a salon owner who clashes with her mom. Less welcome is a cop who finds she has no business license and sends her to the Health Ministry to get one. The bureaucracy she encounters there is very funny. There are amusing jokes about many cultural elements, no alcohol, hair coverings, sexual orientation, and they make the film into a light but sophisticated comedy that feels more North American than North African. (Streaming from the VanCity Theatre at https://viff.org )

This is not only the most anticipated film of the week, it is also the most imaginative, dazzling in its visuals and music and most importantly, strong in what it has to say. Black lives matter is part of it. Black pride, self-respect, being part of an important lineage are also in there. They’re assembled by Beyoncé in a glorious celebration that plays like a music video. There’s almost no dialogue, but a bit of voice-over talk and many songs often with elaborate dance sequences. They all build on the message: you’re important; you’re part of something way bigger, don’t let them get you down.

It’s a spin-off from Beyoncé’s voice work in the re-make of The Lion King and the accompanying album she put out. “We are all connected” is repeated from it but this film goes way beyond. African tribal scenes abound, but so do scruffy villages and then scary urban streets in the US. That’s contrasted with sights of celebrity luxury with limos and big houses and in one cute scene Beyoncé and hubby Jay-Z eating dinner in front of the TV. Elsewhere, we get rappers riding like gangsters, models (including Naomi Campbell) posing and showgirls dancing. The images keep coming in sprightly edits and superb cinematography. A couple of young filmmakers originally from Ghana helped direct them and many African performers appear. There are Biblical references, including a Black baby floated off like baby Moses in a basket, and one of the best songs sounds like a rousing gospel number. Altogether these elements without an actual storyline evoke a rich cultural history and this affirmation: “We have always been wonderful. Black is King.” (Streaming on Disney+) 4 out of 5

It would seem a wrong time for a horror movie like this. This one starts with a promising idea but then turns almost completely unpleasant. Also it tries to elevate itself with some allegedly deep thoughts, thanks to writer-director and cast member Jay Baruchel. “Real art is born of truth." “Truth is cold-hearted and unforgiving.” Those sentiments read out from a graphic novel may be true, but they don’t attach well to this story. They sit only as musings before and after the carnage which is what the film is really delivering.

Jay plays the publisher of Slasherman, a long-running tale based on a serial killer. Jesse Williams (known for Grey’s Anatomy) is the writer, now looking for a fit ending for the last issue. They’re on their way from Toronto to a New York comic convention along with their girlfriends (Fast and Furious regular Jordana Brewster and DeGrassi graduate Niamh Wilson). The Interstate I-90 they drive just happens to be the road the killer used to frequent. A radio interview along the way stirs him up again and the film gives us creepy encounters and ever-bloodier attacks, often on dark stretches of road. And occasional lofty but half-baked thoughts about life imitating art and the psychology of killers. (To rent or buy at all digital and on-demand platforms)

With fewer titles review this week, I was overjoyed to find this one way back in Netflix. Not prominent but definitely worth your time. Then I noticed that The Guardian found it too, in a series about writers in film. Maybe it’ll have a second life. It was the opening film at the Vancouver Latin American Film Festival back three years ago, but I’m not aware that it ever came back. It’s from Argentina, with apparently some Spanish input and is droll and funny and wise.

Oscar Martinez stars as a revered novelist in Spain who wins a Nobel Prize and gets an invitation from the small town in Argentina where he grew up to come visit and be celebrated. He’s reluctant; then decides why not, and goes. He’s welcomed by a fawning mayor and many townspeople. Some have even read his works, after all: his novels are all based on life there. One man praises him for writing a character who he is sure is his father. A young woman who knows his work very well seduces him. Things also turn bad though, into a nightmare actually. One man blasts him for ripping off local stories. Relations with an old friend, who is now married to his former girlfriend, turn sour. Pressed to act as a judge in a local art contest, he gets a real test of his tolerance. It adds immensely to this contrast of big city versus small town, worldly vs provincial attitudes. And it seems to be true: you can’t go home again. (Netflix)