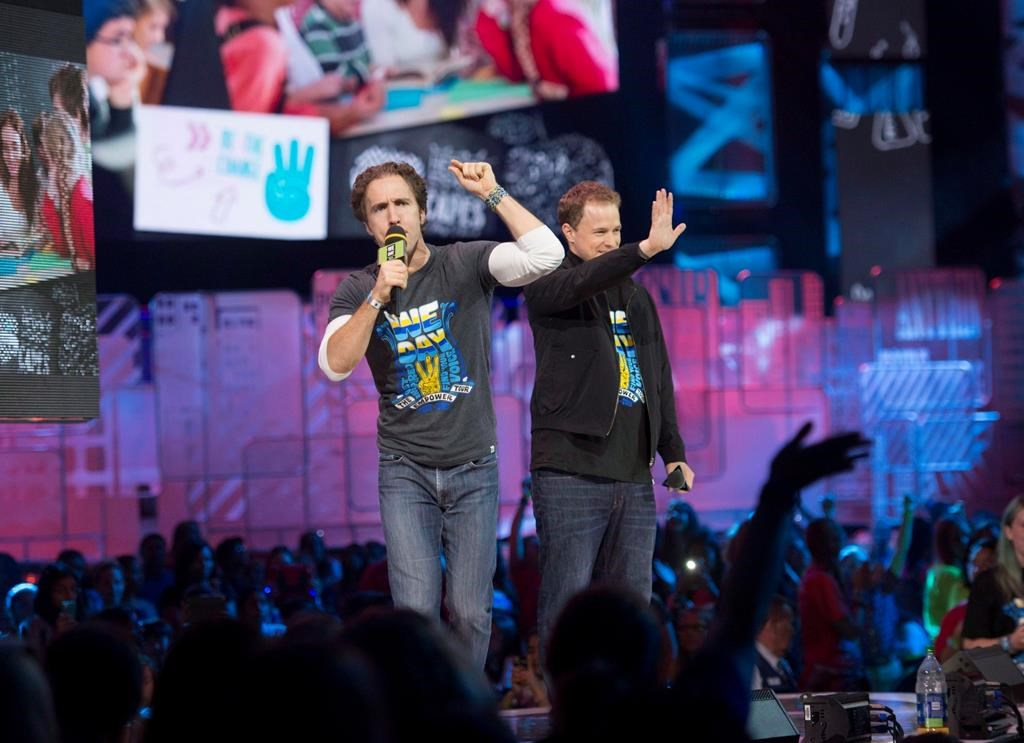 Two federal cabinet ministers and the country's top public servant will be grilled today about how a charity with close ties to Prime Minister Justin Trudeau wound up administering a $912-million student grant program.

The committee is ostensibly conducting a review of the existing safeguards in place to prevent conflicts of interest when the federal government is deciding how to spend taxpayers' dollars.

But opposition MPs are sure to focus more pointedly on the government's agreement with WE Charity to administer the grant program, which had been intended to encourage students to engage in summer volunteer work related to the COVID-19 pandemic.

Chagger was the minister responsible for the program, which has now been abandoned after becoming mired in controversy.

Trudeau and Finance Minister Bill Morneau, who also has close family ties to WE Charity, are both under investigation by the federal ethics commissioner. Both have apologized for failing to recuse themselves when cabinet approved the recommended agreement with the charity.

The controversy has dogged the government since late June, when it announced an agreement to pay WE Charity up to $43.5 million to administer the grant program. The agreement stipulated that the charity could not make money on the deal.

Trudeau has been a featured speaker at six WE Day events and his wife hosts a podcast for the group, for which they have not been paid. However, the charity has covered some of Sophie Gregoire Trudeau's travel expenses and has paid Trudeau's mother and brother almost $300,000 for speaking at numerous WE events over the years and reimbursed them for some $200,000 in expenses.

One of Morneau's daughters works for the organization, another has spoken at its events and his wife has donated $100,000 to it. Morneau also revealed that WE Charity covered $41,000 in expenses for him and his family in 2107 for trips to view two of its humanitarian projects in Ecuador and Kenya.

Two federal cabinet ministers and the country's top public servant will be grilled today, , August 11, 2020, about, how a charity with close ties to Prime Minister Justin Trudeau wound up administering a $912-million student grant program.

Morneau wrote a cheque to reimburse the organization for those expenses shortly before testifying two weeks ago at the Commons finance committee, which is also attempting to get to the bottom of the affair.

Members of the finance committee are waiting to see some 5,000 pages of documents turned over by the government Saturday on the WE controversy. The documents are being vetted by committee lawyers to ensure they don't disclose personal information or cabinet secrets.

In the meantime, opposition parties are attempting to expand the ethical cloud to include the delivery of another emergency program — this one to provide rent relief for small businesses during the pandemic.

The government handed responsibility for the program to the Canada Mortage and Housing Corp. but the Crown corporation decided to contract it out to MCAP, a mortgage lender that employs the husband of Trudeau's chief of staff, Katie Telford. The contract was initially worth $56 million when the rent-relief program was launched in May and later expanded to $84 million in July.

Moreover, the PMO says Telford alerted the ethics commissioner in January, when her husband became a senior executive at MCAP, and was advised she didn't need to set up an ethics screen. She nevertheless voluntarily set up a screen to ensure she would not be involved in anything that might benefit the company.

What a tangled web we weave

What a tangled web we weave when first we practice to deceive. Well, who knows what deceit was practiced, and the tangled web looks more like impulsive ignorance? failure to understand the consequenses? This sort of thing comes naturally to those with money to burn, unlike the poor "essential worker" chumps, now slated to be evicted in their thousands?This essential "divide" in the thinking between the entitled and the essential slaveys, keeps rearing its systemically ugly head. Let's face it. Canadian multi-millionaires are just as oblivious as the rest of the global white trash.

Or, just perhaps, there is no

Or, just perhaps, there is no scandal and Canadian students lost out and a charity got destroyed for political gain.

I think that's a possibility.

I think that's a possibility. #1 The "charity with close ties to Prime Minister Justin Trudeau" DID NOT wind up "administering a $912-million student grant program." (Maybe the opposition hasn't noticed that?) Only in Canada could we make such a scandal out of something that didn't happen. #2 Anything to take our attention away from the ever-worsening and ever-accelerating climate emergency.