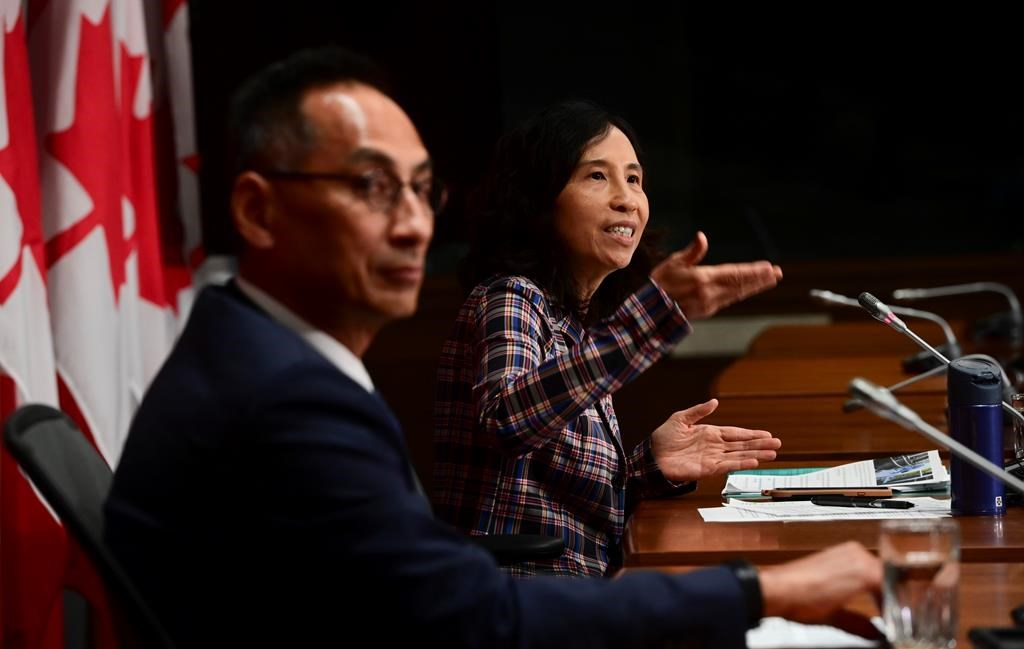 Canada will not cut corners to get a vaccine candidate for COVID-19 approved, the country's chief public health officer said Tuesday.

As news emerged that Russia had approved the world's first such vaccine, Dr. Theresa Tam said she is as anxious as anyone for a safe and effective vaccine to be ready, but that getting one quickly doesn't mean compromising safety.

"Getting this done in record time is no easy feat, as we must ensure any vaccine demonstrates the highest standard of safety and effectiveness," Tam said at a media briefing in Ottawa.

Tam said for Canada, fast-tracking a vaccine means trying to do some things at the same time. That could mean while a vaccine candidate is still in its third and final clinical trial phase, governments are developing plans to produce, distribute and administer that vaccine if it gets approved.

Scientists both within Russia and outside it sounded alarm at the early approval of the Russian vaccine, which was developed by the Gamaleya Institute in Moscow and Russia's ministry of defence. Russia's health ministry claimed that the vaccine, which modifies a common cold virus to try and mimic the novel coronavirus, will make someone immune to COVID-19 for up to two years.

But Russian scientists have published no data on the evidence to back that up.

Tam would not comment on Russia's vaccine at all because she said she doesn't have enough information about it.

Her deputy, Dr. Howard Njoo, said there is just not much information available about how effective that vaccine has been, any side effects it had for the people it was tested on, or how many people were involved in those trials. He said one of the only indicators is the amount of time that passed between the discovery of the vaccine and the decision to approve it.

"It seems quite short, based on what we know about how normally vaccine trials go," Njoo said.

Canada will not cut corners to get a vaccine candidate for COVID-19 approved, the country's chief public health officer said on Tuesday, August 11, 2020.

Vaccines normally go through at least three phases of testing, with very small numbers of volunteers receiving it in the first two phases. In phase three, the number of people it is tested on grows exponentially. At least two of the vaccine candidates being developed in the United States are testing their product on 30,000 healthy adults in phase three.

The Moscow vaccine appears to have been given approval before any phase three trial, citing enough success in the first two phases.

Tam warned last week that getting a vaccine approved won't be a "silver bullet" to stop the pandemic because approval is just the first step. She said Tuesday the success of any approved vaccine will depend heavily on getting Canadians to take it.

The number of confirmed cases of COVID-19 in Canada surpassed the 120,000 mark Tuesday, with 8,987 deaths attributed to the disease. Tam says almost nine in 10 patients have already recovered.

There are more than two dozen COVID-19 vaccine candidates in various clinical testing phases around the world, and Tam said eight are in the third and final phase. Most companies behind those trials have said not to expect results until the fall.

Last week, Canada signed deals with two vaccine developers, Pfizer and Moderna, to get access to millions of doses of their experimental vaccines if they succeed at phase three trials and are approved by Health Canada. The earliest either is expected to arrive in Canada for use in patients is next winter.

Tam said she is "cautiously optimistic" a vaccine is coming and she has full confidence in Health Canada's approval process to ensure any vaccine Canadians are given is both safe and effective.

Feds sign deals with Pfizer, Moderna to get doses of COVID-19 vaccines