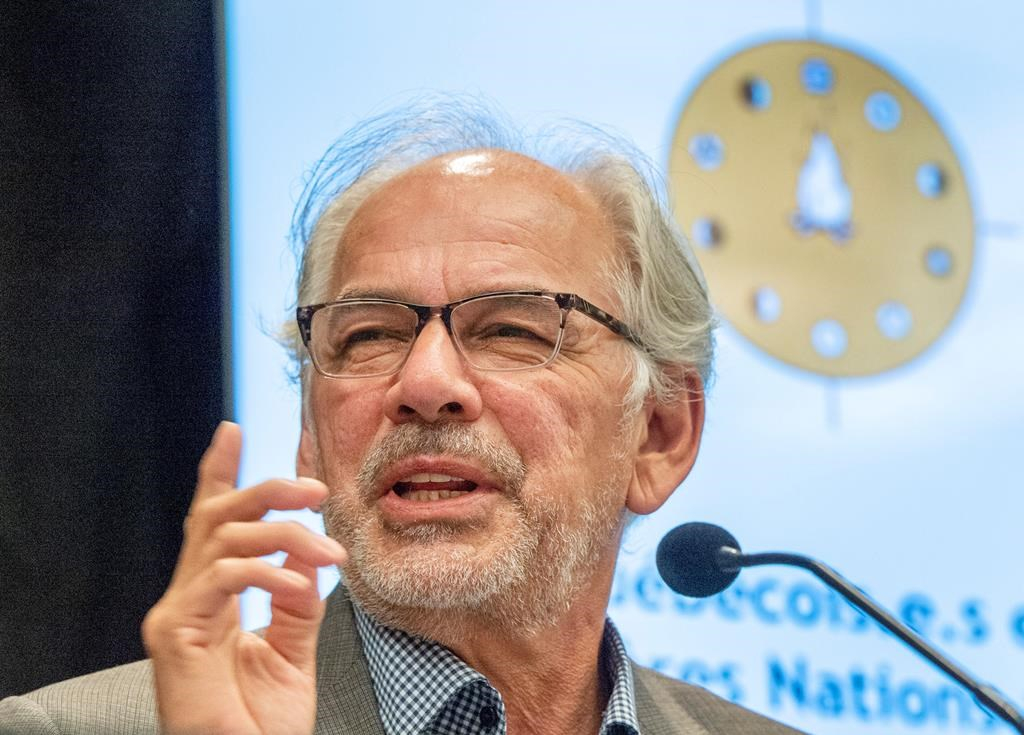 Ghislain Picard, Chief of the Assembly of First Nations Quebec-Labrador, speaks to the media about a survey on Quebecers attitudes toward First Nations at a news conference on Wednesday, Aug. 12, 2020 in Montreal. Photo by The Canadian Press/Ryan Remiorz
Previous story
Next story

The vast majority of non-Indigenous Quebecers recognize that First Nations members in the province are subject to racism or discrimination, survey results released Wednesday suggest.

The survey conducted by polling firm Leger for the Assembly of First Nations Quebec-Labrador found that 92 per cent of respondents agreed that Indigenous communities face racism or discrimination.

Eight out of 10 Quebecers have a positive opinion of First Nations, but 58 per cent say they don't have an understanding of the issues facing those communities.

More than half believe relations between non-Indigenous Quebecers and First Nations are poor, and 91 per cent believe the provincial government has an important role to play in repairing and maintaining relations.

Ghislain Picard, chief of the Assembly of First Nations Quebec-Labrador, says he was surprised by some of the results, which he says demonstrate a greater understanding of the plight faced by First Nations.

"I think the fact that we have such a high number of people thinking that First Nations are victims of racism and discrimination is, to me, good news," Picard told a news conference announcing the results.

"I feel the public opinion is more aware of our situations and realities, and the kind of challenges that we have and obstacles that we have when dealing with governments."

"It bodes well for the future," Picard said. "The opinion of Quebecers has changed a lot and the survey confirms they are much more sensitive than their political representatives and they are also more open to dialogue and to finding real solutions."

The assembly intends to develop a plan to improve how governments deliver services to First Nations, to be presented by the end of September.

The vast majority of non-Indigenous Quebecers recognize that First Nations members in the province are subject to racism or discrimination, survey results released on Wednesday, August 12, 2020, suggest.

Picard said the assembly wants to put a plan together because it doesn't have much faith in a recently formed committee of government officials tasked with coming up with ways to fight racism in Quebec society. That committee is composed of seven members of the Coalition Avenir Quebec government and will report back in the fall.

"We have a government designing a process under its own conditions — where are we?" Picard asked. "Where are the groups that face racism? Are they represented? To me it's a process that is really flawed to start with."

Data was collected between July 17-23, and the results cannot be assigned a margin of error because internet-based polls are not considered probabilistic.

This report by The Canadian Press was first published Aug. 12, 2020.