Disease-bearing ticks thrive as climate change heats up US 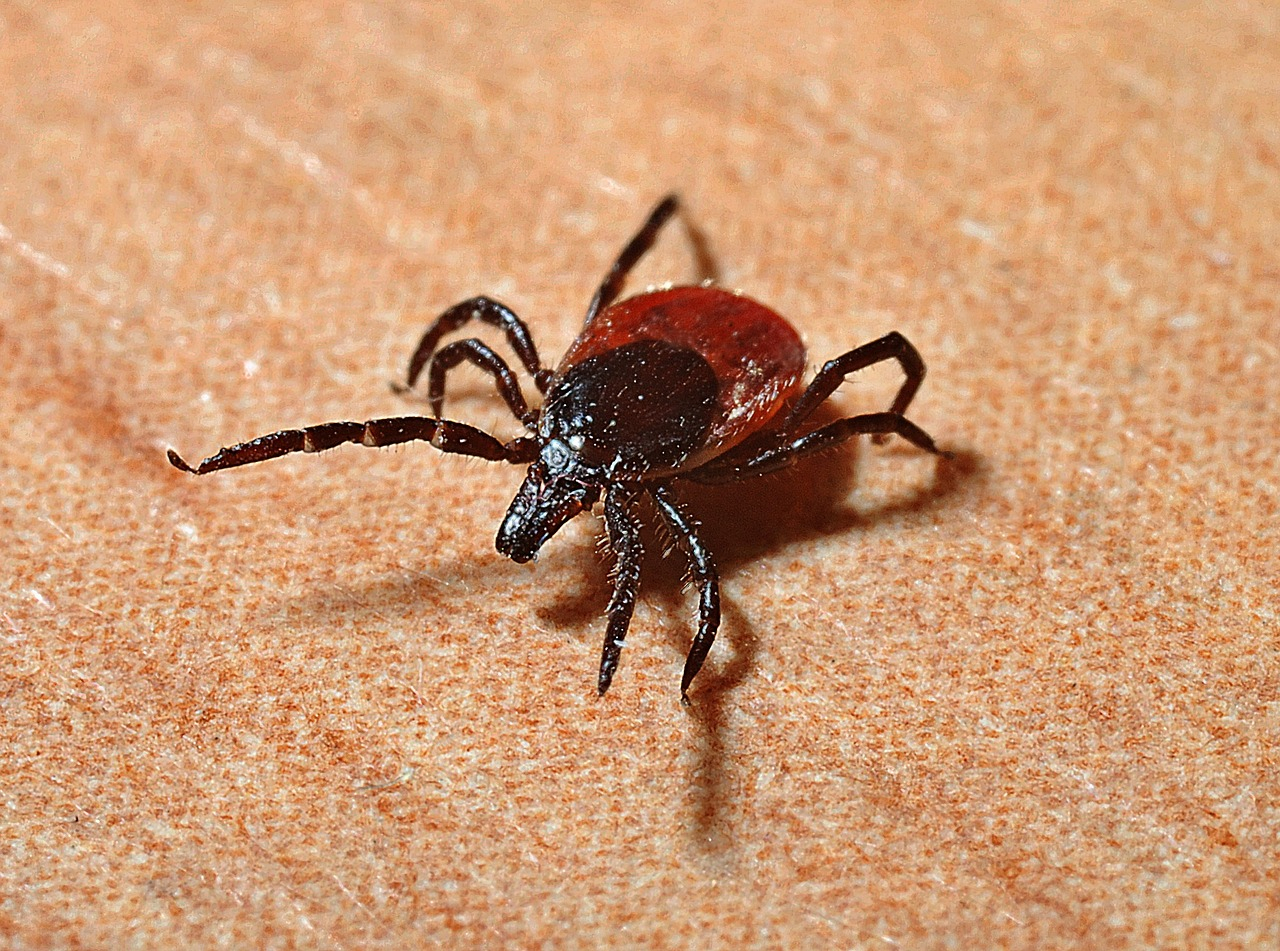 Growing up in north-eastern Ohio, Kimberly Byce spent much of her childhood running around in the woods, with the greatest threat being mosquito bites or sunburn. She can’t remember her parents ever uttering the word “tick”. And yet, in adulthood, disease-laden ticks now blight her family’s life.

Byce’s husband Trent Beers has been struck down by Lyme disease twice in the past year, initially misdiagnosed after suffering back pain so bad he couldn’t emerge from bed, drenched from night sweats and his mind a fog of confusion. Their sons Arbor, four, and Abbott, seven, were struck down by raging fevers initially thought to be related to coronavirus, but subsequently confirmed to also be from Lyme disease.

The family has been ravaged by the tiny black-legged, or deer, ticks, a creature the size of a pinhead that can carry Lyme disease and other maladies. Byce picked two of the ticks off her body last week, part of a regime that has become a constant worry in the family’s semi-rural household, located about 30 miles north-east of Columbus, Ohio’s capital.

“It’s really wearing on the kids, when they are in the back yard I’m spraying them like a maniac which is kind of putting a lot of fear into them,” Byce said. “I feel like some of their carefree childhood is being taken away but there’s the threat of a lot of damage. What’s scary is that I am the most diligent person with spraying, keeping to trails, being careful, checking for ticks. If I can get them on me, anyone can.”

That Byce could, in her lifetime, go from never even hearing about the warmth-loving ticks to fretting about them from as early as February each year is a possible symptom of a warming climate that, scientists say, is helping push ticks northward and westward from their traditional ranges in the US north-east.

Cases of Lyme disease, a potentially debilitating condition primarily transmitted by black-legged ticks, have doubled over the past two decades to about 30,000 cases a year in the US. These ticks have spread into the upper reaches of New England and the midwest, while other tick species normally found in warmer southern states, such as the longhorned tick and lone star tick, are now popping up in New York and New Jersey.

Infections may now spread further, ironically, due to restrictions imposed to curb the spread of Covid-19. National parks and hiking groups have reported huge booms in the number of people seeking to break the monotony of lockdown by heading to walking trails, risking contact with ticks that latch on to people as they brush through vegetation.

“We know tons of people checking out new trails and parks because they have no other options,” said Byce. “If you don’t know what to look for in tick areas, it becomes problematic.”

The clearing of forest for housing and other infrastructure is bringing humans into closer contact with animals that carry disease, such as ticks. Meanwhile, rising temperatures are allowing ticks to become active earlier in the year and then feed deep into autumn, giving them a better chance of surviving winter. While ticks usually target animals such as deer and chipmunks, humans can unwittingly become hosts for their blood meal.

“It’s a nightmare scenario,” said Felicia Keesing, a professor of biology at Bard College who has co-authored research linking the heat of the climate crisis to greater tick activity. “We are seeing more tick-borne diseases in more places. Wherever you find ticks, they are spreading.”

Keesing lives in upstate New York and has recently noticed more nearby hikers than she can ever remember in the past. Her region has had Lyme disease for decades but is now being assailed by a brew of new bacteria-based diseases carried by ticks, including anaplasmosis, which can cause fever and chills, and a rare but “frightening” condition called Powassan virus, which can be fatal.

“We are getting new pathogens from the old ticks, as well as new ticks moving up from the south with new conditions,” she said.

A friend of Keesing’s recently fell ill and was tested for coronavirus, only to ascertain, through a chance conversation with Keesing, that she probably had a tick-borne disease instead. A test came back positive for Lyme disease and Keesing’s friend is now on antibiotics, concerned that she may suffer from the longterm effects of muscle aches, fatigue and mental fogginess that can bedevil patients for years.

“With this Covid pandemic some people have the impression that bacteria is easy to treat with antibiotics and that viruses like coronavirus are the real threat,” said Keesing. “But not all bacteria are easy to treat, which Lyme sufferers are acutely aware of. We need to do a better job of preventing tick-borne illnesses and diagnosing them quickly, too.”

By Sheryl Ubelacker | News | May 16th 2016
Race Against Climate Change

Lyme Disease has also become rampant in many parts of Canada in the last 30 years. The article makes the point that it is often misdiagnosed. Look for the classic "bulls-eye" rash but some people may not exhibit this. Early antibiotic treatment is the key to preventing long term complications.

As the article points out,

As the article points out, Lyme disease isn't the only pathogen carried by ticks, but what's frustrating is that there has been a vaccine for it that should be resurrected. Check out its story at https://www.vox.com/science-and-health/2018/5/7/17314716/lyme-disease-va....