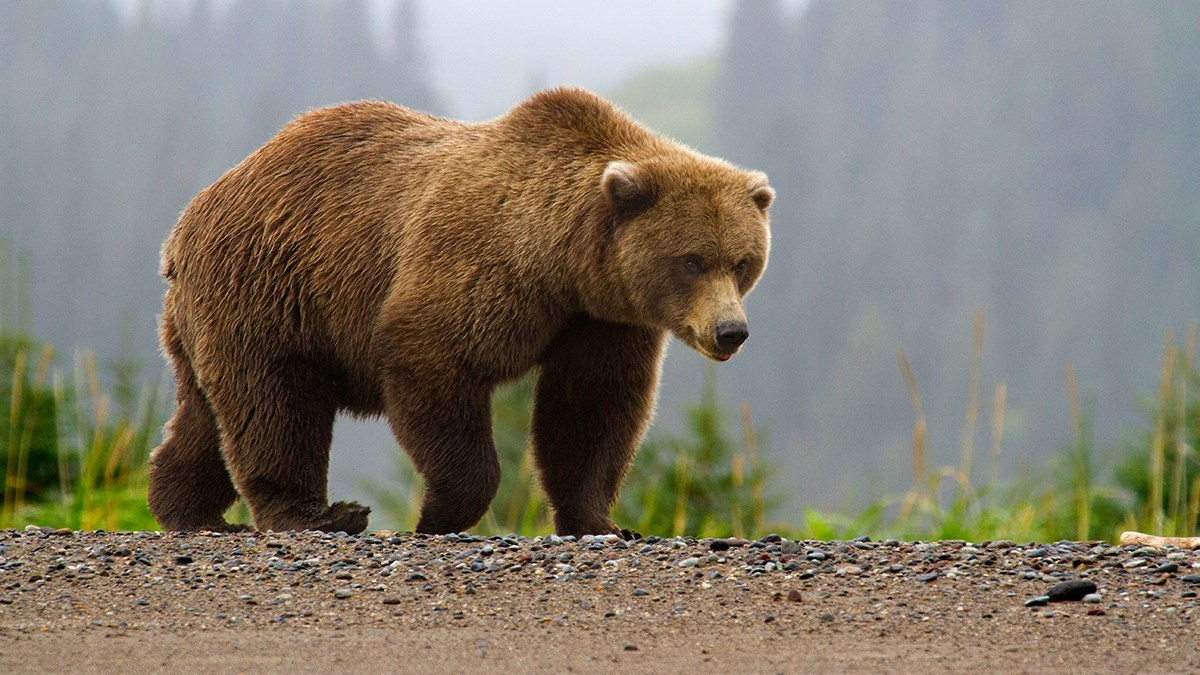 Rather than pushing over less sprightly friends, people facing an aggressive bear are advised to hold their ground and make noise to identify themselves as human. NPS Photo / Kevyn Jalone
Previous story

There are a few potential reactions to being attacked by a bear – stand your ground and attempt to scare it off, run away or perhaps curl up into the fetal position and hope for the best.

The US government has now, however, officially advised against the most cowardly option: pushing over a slower friend to save yourself.

The National Park Service has warned against sacrificing another person to an irate bear “even if you think the friendship has run its course” in a rather informal set of recommendations posted on Facebook.

Bear attacks are a rare but real threat in parts of the US, with a man recently videoing his own mangled hand and arm after encountering a grizzly bear in an abandoned shed in Montana. In a separate incident this week, wildlife officials in Alaska killed four bears suspected of involvement in the death of a man who was mauled while clearing a trail behind his property.

There have been a record number of grizzly bear attacks in the Yellowstone region in 2020, possibly due to the increase in people hiking in the region in search of a respite from pandemic lockdowns.

In the National Park Service’s message, anyone coming face-to-face with a bear is advised to “move away closely and sideways; this allows you to keep an eye on the bear and avoid tripping. Moving sideways is also non-threatening to bears.”

People should not run – “like dogs they will chase fleeing animals” the message warns – or escape up a tree as both grizzlies and black bears are adept at climbing trees.

The warning then adds: “Do NOT push down a slower friend (even if you think the friendship has run its course).”

Instead, it is advised that people hold their ground and make noise to identify yourself as a human and not a prey animal. “We recommend using your voice. (Waving and showing off your opposable thumb means nothing to the bear),” the message reads.

To reiterate the concern over unscrupulous hikers pushing others to their doom to save themselves, the post ends by stating: “We apologize to any ‘friends’ who were brought on a hike as the ‘bait’ or were sacrificed to save the group. You will be missed. ⁣”

Feds serve up $50 million to get surplus food to Canadians

I guess someone with the

I guess someone with the National Park Service believes that 'humor' (such as it is) is the most appropriate way to address (educate?) the public. A really dumb communique.

I wonder if they're trying to

I wonder if they're trying to counter the ethos of their president ("sacrifice your friends"). :-(