Speaking out comes at a cost in Alberta. Just look at the former CEO of the Calgary Chamber of Commerce 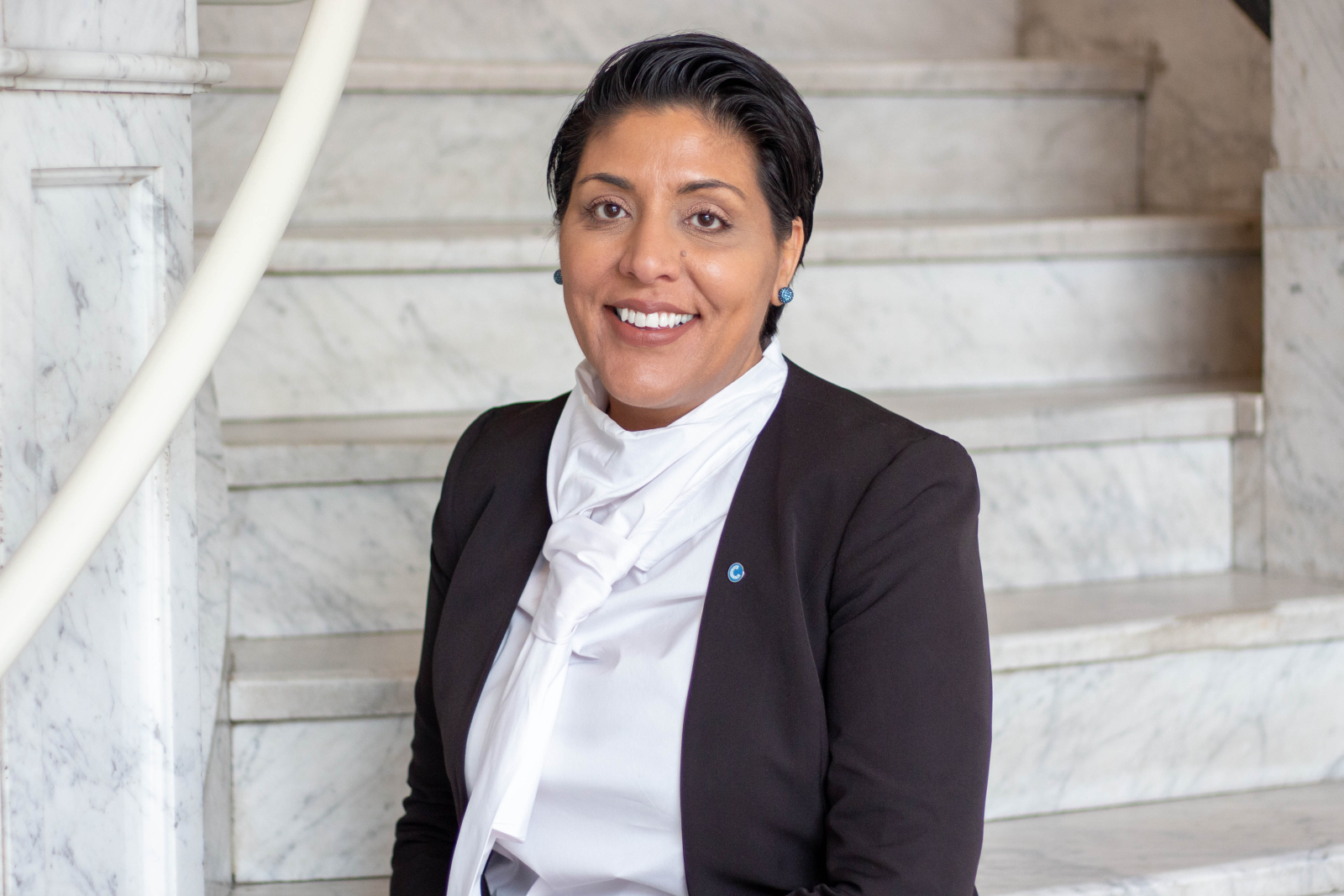 For as long as Jason Kenney has been involved in public life, he’s been a passionate defender of free speech rights.

When the Reform Club at the University of Calgary got into a dispute with the students' union in the late 1990s, for example, he was there to show his support. And when Bishop Fred Henry got in trouble in 2004 for suggesting that then Prime Minister Paul Martin was a “bad Catholic” for supporting same-sex marriage, Kenney spoke out on his behalf.

It shouldn’t have been much of a surprise then that when he formed government in Alberta in 2019, he set out to rectify what he saw as undue infringements on free speech at the province’s post-secondary institutions.

But Kenney’s passion for free speech comes with an important caveat: It’s only free if you’re speaking in ways that reflect or amplify his political values. If you happen to be on the other side of them, then speaking freely can come at a high cost.

Just ask Sandip Lalli, the now-former CEO of the Calgary Chamber of Commerce, who was replaced on an interim basis Monday by former chamber president Murray Sigler.

The press release announcing the decision described it as a “repositioning,” although changing leaders in the midst of a major crisis is pretty much the opposite of what conventional wisdom would recommend. And while the UCP would surely deny having any influence over the decision made by the chamber’s board of directors, it’s not hard to put the pieces together.

After all, over the course of the past year, Lalli had offered occasional criticism of decisions taken by the UCP government, beginning in November 2019 when Kenney announced his “Fair Deal” panel.

“I think the best thing for business is always certainty, and having a Fair Deal panel creates a level of uncertainty,” she told the National Post. “We need to think about (the federal government) as a four-year government, so courting tension for four years doesn’t help Alberta and it doesn’t help Canada,” she said.

Lalli was a bit more direct a few months later when, in the wake of the decision by Teck Resources to pull the application for its Frontier oilsands mine, she called on both the federal and provincial governments to work more effectively together.

“The political rhetoric, on all sides, that has engulfed our province, especially around climate change, has only served to further entrench the damaging perception that governments are, at best, incapable of adapting to changing expectations from stakeholders and global capital markets, or at worst, unwilling to,” she wrote. “Teck’s recent decision to withdraw the Frontier oilsands project is a clear signal that more anger and louder voices are not in the best interest of our citizens.”

But Brad Tennant, the UCP’s executive director, apparently didn’t get that memo. Instead, he tweeted that this was “another example of the Calgary Chamber putting themselves on a pedestal no one else (believes) they’re on… When Calgary businesses are struggling, it’s a genuine shame the chamber is focused on nothing but stroking their own vanity with downtown elites.”

Sandip Lalli's departure as the head of the Calgary Chamber of Commerce's CEO shows that there’s a high cost attached to speaking truth to power in Alberta right now.

To her credit, Lalli didn’t back down. She followed that up with an op-ed in the Calgary Herald that called for less conflict and more collaboration between different levels of government. “Policy before politics. Collaboration with accountability. Developing our natural resources AND fighting climate change. It’s what the Calgary Chamber has been saying for two years now.”

It’s unlikely that the chamber will keep saying that now that Lalli has been “transitioned” to her new role as a strategic adviser. Politics have won out over policy, as she warned against, and her aborted tenure at the head of the chamber should raise an important question for other civic leaders in Alberta: Now that you know the price of speaking out against this government, are you going to be willing to pay it?

After all, Kenney’s government has already earned a well-deserved reputation for trying to fight its way forward, whether that’s with its "War Room" and public inquiry into anti-energy campaigns or its ongoing battles on social media with doctors, teachers, and other private citizens. Given that, it shouldn’t be too surprising to see a prominent leader in the business community become collateral damage in the crossfire.

For all the talk coming from the government about the importance of free speech, her departure shows that there’s a high cost attached to speaking truth to power in Alberta right now.

I know all about this sort of

I know all about this sort of problem, from my own personal experience with SNC-Lavalin Inc. and The SNC Group before them, their lawyers, and everybody in the mainstream news media who has been refusing to ask so much as ONE question about the conduct of those responsible going back 38 years. The result has been a seemingly endless cover up of corruption in business at my expense - going back to 1982. Anyway, I will be making more information available shortly, about my situation concerning SNC-Lavalin Inc. . I'm in touch with the lawyer in charge of monitoring SNC-Lavalin Inc.'s compliance with the new Code of Conduct that they have had to adhere to as a result of the court hearing in Montreal last December 18th. I had asked him to put me in touch with whoever is responsible for distributing the funds accruing to the federal government following the hearing - $280 million, to be paid over 5 years in regular instalments. He responded that he couldn't do anything directly, but he appears to me to see the point - and last week, he referred me to another lawyer who (he said) might be able to help. It's one of these rare cases where there is no standard established procedure to use - not surprisingly - so this new lawyer in the scene will need a little time to figure out what to do and who to talk to, in order that my request for compensation will be met in full. I've given them plenty of VERY heavy-duty supporting documentation to make the point and prove its importance.

Anybody find this surprising?

Anybody find this surprising?

Isn't it ironic that a

Isn't it ironic that a populist neoliberal premier, formerly a free speech champion, is now silencing any comments! His legislative agenda shows how the UCP is after any Albertan who dares to comment. His Municipal Election amendments to increase spending, I suspect is a direct attempt to allow Calgary's elite and rich to spend spend and more spend to defeat Calgary mayor Nenshi, plus allow big money to control who gets elected throughout AB by money. The USA corrupted their democracy by allowing the 1% to elect who they want. Kenney is doing the same only in a shorter time period. I suspect the doctor challenge, education changes, trespass laws, environmental monitoring, tax breaks for the elite and business is similar to Trumps attacks on any and all democratic institutions. If you doubt it make a Kenney checklist, then compare it to the checklist in this article!
https://evonomics.com/how-to-disguise-racism-and-oligarchy-use-the-langu...

That is a very interesting

That is a very interesting site with well-written professional opinion pieces, not the least the linked article articulating the theoretical economic forces behind the power of today's right wing One Percenters. One can't help to wonder, though, about the effects of a growing population of lower and middle class multi-ethnic groups with growing political power to counteract the power of private money in politics.

The legacy of the UCP and

The legacy of the UCP and Jason Kenney, not to mention other like-minded folks like Ralph Klein, will make an interesting read later this century for researchers studying the great decline of a once-powerful Alberta.

Canada will carry on.

I'm not sure the Kenny

I'm not sure the Kenny approach is anything all that new in Alberta.........it just may seem extreme after the 4 year hiatus in bullying tactics that silence anyone critical of our petrostate. Include the present reality.....that the good old days of royalties substituting for taxes is over............and folks who've always had it their way can be forgiven for thinking they can intimidate and silence their way to a new boom........

Fracked gas, bitumen pipelines, small nuclear..........its all on the table.

That it isn't going to work will be lost on them for a few months longer........but in the meantime, Albertans are used to keeping their mouths shut and their heads down........

Too bad for the planet...we're with the bad guys. Luckily, were a bit of a provincial backwater as well.