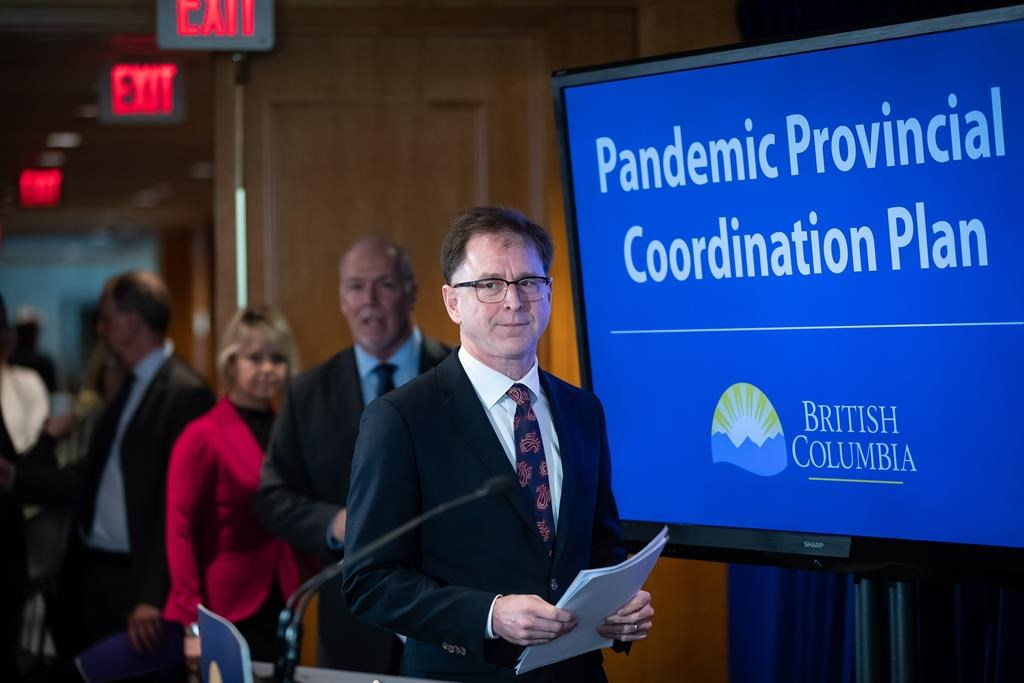 Health Minister Adrian Dix says the B.C. government will announce stricter penalties this week for those who flout public health rules as COVID-19 cases climb in the province.

Officials announced 236 new cases since Friday during a briefing Monday, including the second highest single-day increase of 100 since the pandemic began.

Hospitalizations decreased from 12 cases to four.

Deputy provincial health officer Dr. Reka Gustafson said most of those testing positive are young, which suggests the province has done a relatively good job of protecting the most vulnerable.

However, she said young people are more likely to have mild infections and may not realize they have COVID-19 before they spread it to others, adding that severe infections can occur at any age.

Anyone with even a slight symptom should stay home from work and gatherings, and anyone who has been advised that they've been in contact with a case should isolate for 14 days, even if no symptoms develop, she said.

"You could easily spread the virus to someone who is vulnerable."

The new infections bring the total active cases to 743. There have been 4,594 confirmed cases since the pandemic began.

Two more people have died from the virus for a total of 198 deaths.

While there are no new community outbreaks, the health authority in northern B.C. issued an alert after confirming 17 cases linked to a religious gathering held between July 30 and Aug. 2.

Anyone who attended the It Is Time event in Deadwood, Alta., is asked to monitor themselves, self-isolate and seek testing if any COVID-19 symptoms develop.

Health Minister Adrian Dix says the B.C. government will announce stricter penalties this week for those who flout public health rules as COVID-19 cases climb in the province.

"This new normal is going to be in place for a long time and the way that we address that, the way that we deal with that as a society, inevitably, has to be by choice and by engagement."

Officials are most concerned about private parties and Dix urged people to act responsibly.

"The places where there's the greatest danger are private parties where alcohol is involved and it's inside," he said.

Dix said surveillance and enforcement also have a role. Several bars, clubs and restaurants have closed both voluntarily and involuntarily following exposures to the virus.

A weekend review of 100 banquet halls on the Lower Mainland also identified six as subjects of concern, he said.

This report by The Canadian Press was first published Aug. 17, 2020.

OPINION: Speaking out comes at a cost in Alberta