Alberta press gallery has a duty and a right to determine access: CAJ 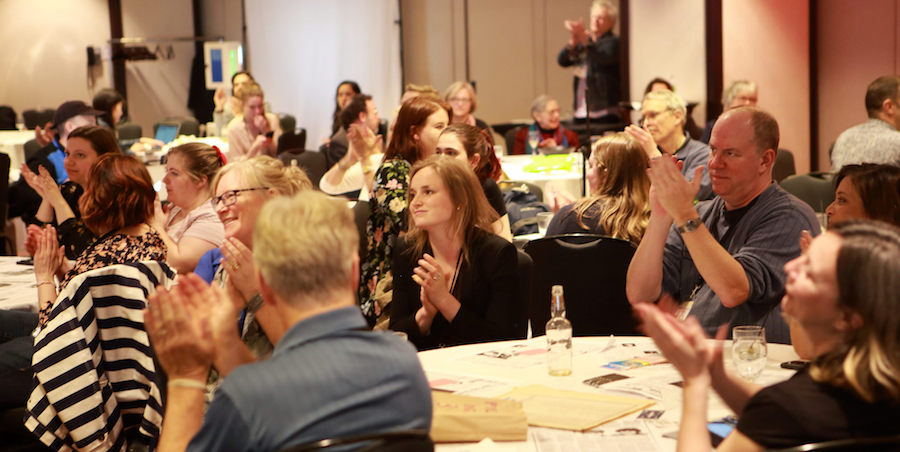 The CAJ speaks on behalf of journalists, and in their interest, on matters including source protection, freedom of information and access to information, public disclosure, and diversity of voices,and supports the highest-quality journalism. Photo by CAJ
Previous story
Next story

This past Sunday, the national board of the Canadian Association of Journalists (CAJ) gathered for a regular meeting. One of our main agenda items was to discuss the recent news of the Alberta Legislative Press Gallery’s refusal to issue memberships to employees of Rebel News.

Late last week, Postmedia announced its extraordinary decision to pull its newspapers from the press gallery. While the CAJ respects their prerogative to operate their newsrooms as they see fit, we are concerned this decision could place its journalists in a difficult position to adequately serve the public.

Press galleries are independent self-regulatory bodies that have long been part of Canadian legislatures. They are recognized by the speaker to oversee the press accreditation process and other rules for legislative journalists. Press galleries have a right and responsibility to admit as members only those who meet their standards and definitions for journalism, so long as the process is transparent and fair. In 2016, the Alberta government requested a review in the wake of the controversial decision by the then NDP-led government to block access to the legislature to members of Rebel News. Heather Boyd, a former Western Canadian bureau chief for The Canadian Press, was hired to study the issue. Her subsequent report clearly outlined how individual reporters were the most appropriate arbitrators of who should (and should not) be accredited as members of the legislative press gallery. It is worth noting that Rebel News has, by its own admission, previously been denied press credentials by the Parliamentary Press Gallery.

The internet and widespread access to technology have opened the field to new players in the field of journalism, including: independent news sites, podcasters, citizen journalists, bloggers, YouTubers, and others. We’ve also seen the rise of sites and organizations that mimic journalism, including: government propaganda sites, such as Ontario News Now, or Alberta’s Canadian Energy Centre; newsletters, websites, and video content produced by corporate, lobby and advocacy groups such as Progress Alberta, the Broadbent Institute’s PressProgress; and disinformation sites, such as the now defunct YellowVestGroup.com.

Press galleries may exclude lobbyists, protestors, government and corporate communications staff. They may also decide to exclude bloggers and citizen journalists, who do not engage in journalism frequently, professionally or whose actions violate a code of ethics. It’s important to vet applicants for security reasons, as they will have access to government buildings and officials.

The CAJ is not a regulatory agency and does not enforce a specific prescriptive definition of journalism. Like most in the industry, we embrace a broad definition of journalism. Much like a press gallery, the CAJ restricts our Class A membership to professional journalists, and we draw upon transparent guidelines to make those decisions. The employees of Rebel News would not meet our criteria.

In reviewing the evolution of the Rebel News, it is clear the organization sometimes becomes an actor in the stories it tells. To date, this has taken several, different forms, but includes providing financial and legal assistance to some of its sources. Rebel News for example, crowdfunds to help some individuals in its stories hire lawyers. It also purchases political advertising, and launches petitions; including, most recently, fundraising to hire a plane to fly through the skies while carrying a #FireMorneau sign. It has also offered free legal services to “non-violent Canadians” who disassemble blockades. Earlier this summer, as well, the organization launched a petition demanding Ontario Premier Doug Ford keep summer camps open.

To be clear, crowdfunding to support newsgathering is an accepted practice. Publishing opinions, even unpopular opinions, is an important function of journalism. The critical distinction between these practices and those employed by Rebel News is that its staff often actively participate in the story, working toward their desired end by applying legal, financial or other resources.

Much of this is openly posted on their campaigns page. The CAJ has previously noted this is inconsistent with our suggested code of ethics, particularly the following points:

This places Rebel News outside the definition the CAJ uses to distinguish our membership. This distinction was similarly reinforced by Justice Derek Green, as he considered who has constitutional protection as a journalist in the context of the Justin Brake case. In his decision, issued on March 28, 2019, Justice Green stated that one condition for constitutional protection was that, “he or she [the journalist] is not actively assisting, participating with or advocating for the protesters about whom the reports are being made.”

"Much like a press gallery, the CAJ restricts our Class A membership to professional journalists and we draw upon transparent guidelines to make those decisions. The employees of Rebel News would not meet our criteria."

The CAJ has supported Rebel News in the past because other issues that could impact journalists were at play. In 2016, the Alberta government attempted to block Rebel News’ access to the provincial legislature in Edmonton. The CAJ objected to government officials’ attempt to control who can hold them to account. We maintain it is not for governments to define who is a journalist. We further stated that we disagreed with the arguments the government used to define journalism. At the time we argued that: “news organizations are still news organizations when their owners aren’t journalists” and that many online-only news operations are legitimate sources of news. We stand by those statements.

The CAJ also supported Rebel News’ access to the federal Leadership Debates in 2019 because the Leaders' Debate Commission was not transparent in its accreditation process and waited until the last business day to issue its decision, and had no appeal process. Further, we objected to a government body using the Canadian Association of Journalists' ethics guidelines to try to define who is a journalist.

Indeed, journalism in Canada is not a licensed profession. There is no industry accrediting body, such as a college of physicians, or a law society, as is the case for lawyers. Nevertheless, in Canada, the Charter of Rights and Freedoms provides a constitutional guarantee for the freedom of expression, which ensures the ability to express ideas freely. There is no dispute that this provision is a cornerstone of our democratic society. At the same time, however, the act of producing journalism is predicated on upholding high ethical standards, which demands that information gathered during the reporting process be presented accurately, fairly and transparently for public consideration.

Editor's note: In the spirit of transparency, National Observer managing editor Laurie Few is a Canadian Association of Journalists board member. Because she was involved in the discussion that led to the CAJ's position, she recused herself from posting and editing this declaration, a task that was carried out by deputy managing editor David McKie. National Observer is posting this story because it prompts a serious and important discussion about journalism that should be shared with as many people as possible.