Feds and Ontario has secured agreement with 3M to make N95 masks in Brockville, Ont. 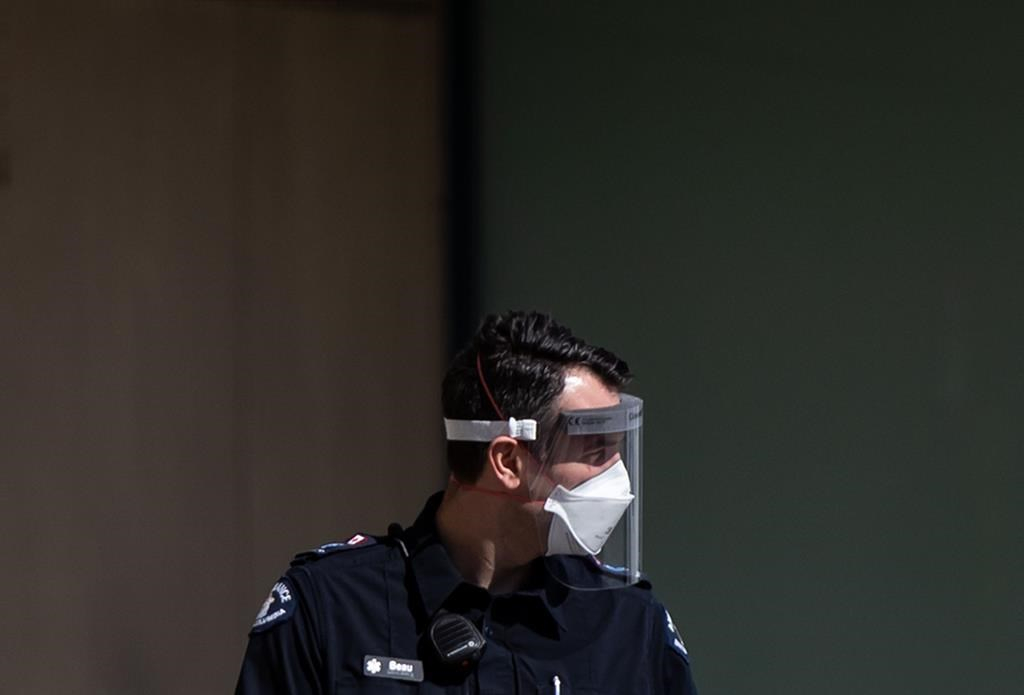 A B.C. Ambulance Service paramedic wearing a face shield and an N95 mask is seen in the ambulance bay outside the emergency department at Royal Columbian Hospital in New Westminster, B.C., on Apr. 12, 2020. File photo by The Canadian Press/Darryl Dyck
Previous story
Next story

The federal and Ontario governments have secured an agreement with 3M that will see the company produce N95 masks at a facility in Brockville, Ont., a spokesman for the province's minister of economic development confirmed Thursday.

Ottawa and the province will each contribute $23.3 million to help increase capacity at the Brockville plant, allowing it to produce up to 100 million N95 masks a year, Robert Gibson said.

The masks made at the expanded facility will be used to meet "private sector, provincial, and North American market demand throughout the pandemic and beyond," Gibson said in a statement.

Prime Minister Justin Trudeau and Ontario Premier Doug Ford both appearing in Brockville on Friday, where they are expected to make the deal official.

Ford has repeatedly said the province needs to ramp up its own production of personal protective equipment in light of the pandemic.

He has also been publicly critical of U.S. President Donald Trump's attempts to limit the export of N95 masks from American plants.

"We will never be put in this position again," Ford said during a news conference in April. "I'm not going to rely on any country ever again."

This will be the second domestic contract to produce N95 masks, after Quebec-based Medicom signed a 10-year agreement to supply N95 and surgical masks to the federal government in April.

Medicom's combined contracts are worth more than $113 million, and include providing 24 million surgical masks and 20 million N95 respirators each year.

The company turned a warehouse in Montreal into a mask factory in a little over two months. It has already started producing and supplying surgical masks to Ottawa. N95 production is to begin this month with the first deliveries expected in the fall.

The federal and Ontario governments have secured an agreement with 3M that will see the company produce N95 masks at a facility in Brockville, Ont., a spokesman for the province's minister of economic development confirmed on Thurs., August 20, 2020.

Health Canada regulations require approval of the masks and each shipment must be inspected by the Public Health Agency of Canada for quality control.

KN95 masks are the Chinese equivalent of the N95 respirators that are certified by the National Institute for Occupational Safety and Health in the United States.

—with files from Mia Rabson in Ottawa